A Thought on What Holds Linux Gaming Back

By n30p1r4t3 - 30 March 2013 at 4:23 pm UTC | Views: 21,751
All the talk nowadays if of "unification" or to paraphrase Mark Shuttleworth and Ubuntu the "availability of a single interface for all devices."  And with all this talk I began to wonder why more gaming engine's aren't jumping on board.

The recent release of Unity3d 4 was all the rage because it meant that an incredibly popular engine was coming to Linux, and thus all unity3d games developed with the new engine could in fact run on Linux (granted a Linux version was released). In my personal opinion, Unity3d is great, but when compared to the more AAA engines like the Unreal, FrostBite and CDProjectRed's RED Engine just to name a few, Unity3d falls a bit flat in my eyes.

Sure it's pretty, but how does it compare to the competition?: 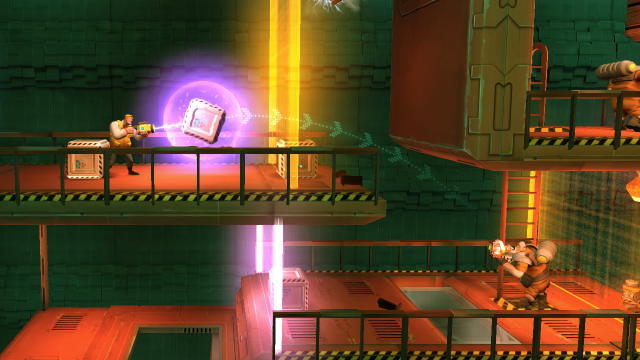 Then steps in Unigine, another well known Linux engine. Surprising to me at least is that the Unigine engine isn't widely  used at all, even compared to Unity with lacks PlayStation support. I'm not interested in the pricing, so I cannot say if that's the issue, so someone please correct me if I'm wrong.

Back to my rant, Unigine looks amazing. From my time running the Heaven benchmark to me playing their standalone Naval RTS Oil Rush, I've fallen in love with how amazing Unigine looks. And I might add, my GTX 680 struggles to run Heaven on max settings. Ungine is, and has been a showcase into the future of PC gaming, with Linux support to boot.

Don't believe me? Then here: 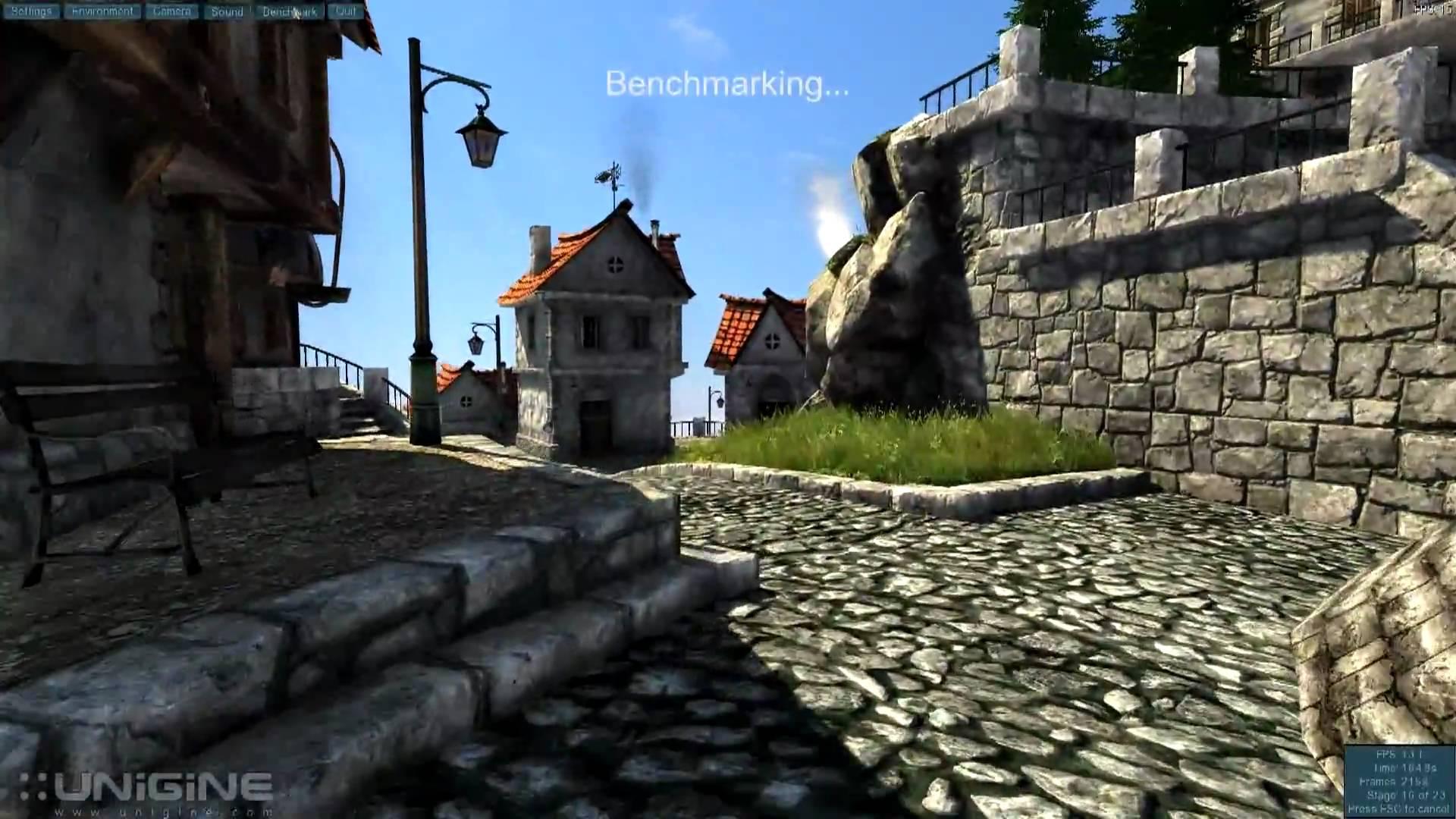 YouTube videos require cookies, you must accept their cookies to view. View cookie preferences.
Accept Cookies & Show   Direct Link
Now this begs the question, why  haven't  Epic, EA, or CDPR ported their already great engines to Linux? The Unreal Engine as well as Frostbite (the Red engine is just a combination of other engines) are GREAT engines. And at least Unreal HAD  Linux  support (pre Unreal 3 days), so there's merit that gaming on  Linux  WAS plausible. But now with the advent of Steam for Linux and overall increasing numbers of games for  Linux  the re-adaptation of Unreal to  Linux  seems possible. But is it really? No. Unreal seems to be focused on the mobile platforms ( Android, IOS), which from a business  standpoint makes sense to me (more "customers").  Which  leaves us  minority (but ever so growing) Linux uses stuck in the dark.

Which brings me back to my first point, if Linux had a universal Engine or even Distro (a completely different story) would  Linux Gaming be in a different  position today? TO me unigine seems like the answer, but yet it's not. Anyone have any ideas why? Please comment below.

I typed this from my self built  Windows  8 Gaming rig. I love Ubuntu, but prefer rolling release and seamless Nvidia integration. If I get around to it this weekend I'm going to install Manjaro Cinnamon (arch based and rolling) to get back to my Linux gaming side. Or if anyone want to suggest another distro? I was maybe gonna try SUSE Tumbleweed.

We do often include affiliate links to earn us some pennies. We are currently affiliated with GOG and Humble Store. See more here.
About the author - n30p1r4t3
I'm an 20 year old Sophomore at the University of Michigan. I hail from a small town in Michigan called Galien. My interests are Linux, gaming, girls, and computers in general.
See more from me
Some you may have missed, popular articles from the last month:
The comments on this article are closed.
26 comments
Page: 1/3»

Nicodemus 30 Mar, 2013
View PC info
i'm happy on Chakra, which is also Arch-based and semi-rolling.  popular packages are kept up to date, but major system changes spend more time in testing before pushed to stable.

i left K/Ubuntu for a few reasons, but mostly it's the stuttering releases.  as a gamer, tearing down my install every 6 months just isn't worth it.  so Chakra really fits the bill for me, and it's an amazingly smooth implementation of KDE (my preferred DE.)

note that Chakra is more KDE/QT focused.  i have no issues installing GTK on it, and i'd rather the devs focus on making KDE and the system run smoothly anyway, but if one wants a more GTK friendly distro then Manjaro may work well for you.

i spent last year on windows, but in the end i returned to Linux because i missed my freedom and, well, indies are where the action is these days. ;)
0 Likes
avarisclari 30 Mar, 2013
View PC info
Unigine is not going to be universal due to Licensing fees. I've had the pleasure of playing with the demo, but as it was a demo, I do not have any rights to release my demo game in it. It's pretty powerful, but it requires some studying to use. If they made a free license (as in over so much revenue, they get a percentage or you can purchase a commercial license to avoid royalty fees) then it would more likely take over. For now, we have to wait.
0 Likes

View PC info
manjaro or cinnarch are probably the best bets.
cinnarch if you want out of box cinnamon
manjaro if you want xfce (because thats the most polished from their side)
chakra if you want kde

and pure Arch with your own tweaks if you are freak like me lol :D
0 Likes

as for unity3d, I think your a bit harsh on the gfx part, shadowrun looks really nice as do several other games on it, from https://aec-apps.com/app/app/unity-3d

I do believe, but I don't know for sure, that unity3d is cheaper and thus used more in all levels (from AA titles to indie) and the lower levels often spend less on gfx because they have a more limited budget and you get the idea that Unity3d can't do fancy gfx

As for why don't the others join, well why would they ?  Steam right now is showing them that its just a small 1-2% in users and thus an even smaller % in buyers, so as long as that does not change then there is no need for them to port over their engines to a much less uniform platform then windows and Mac.

What linux basicly needs to get big in gaming is what consoles have, a AAA title just for that platform, something people will switch over for, right now every commercial big title coming to linux will have a Windows and/or Mac release before or at the same time, so why would Windows gamers switch over ?
0 Likes

View PC info
aye, unity3d can look as good as unigine i think. maybe its not optimized that far as unigine is but still.
it just that unity3d was first used for small indie games cause of the pricing and the free demo of the engine.
that makes many think that this game engine is not capable of pulling AAA titles.

take a look at Airbuccaneers or Guns Of Icarus for example. they look absolutely amazing and are done with unity3d
0 Likes

View PC info
So cost is the biggest thing holding unigine back. Interesting.


My views on unity come from my personal preference for games and their appearance. I am a graphics freak, and no, good graphics don't make a good game, but it helps. I guess from what I've seen of unity's high end, it just doesn't compare to other high end engines.
0 Likes

Quoting: BumadarWhat linux basicly needs to get big in gaming is what consoles have, a AAA title just for that platform, something people will switch over for, right now every commercial big title coming to linux will have a Windows and/or Mac release before or at the same time, so why would Windows gamers switch over ?

Quoting: Bumadarn30p1r4t3,
As for why don't the others join, well why would they ?  Steam right now is showing them that its just a small 1-2% in users and thus an even smaller % in buyers, so as long as that does not change then there is no need for them to port over their engines to a much less uniform platform then windows and Mac.

What linux basicly needs to get big in gaming is what consoles have, a AAA title just for that platform, something people will switch over for, right now every commercial big title coming to linux will have a Windows and/or Mac release before or at the same time, so why would Windows gamers switch over ?

steam stats shows about 3-5M logged in at the same time. Id say that is about 20-30% of total steam users.
Lets say there are 20M total users (probably more)

I payed for 3 AAA games in the last 10 years. It would had probably bought more games if they were for linux

I kina see your point tho... until steam make it happen, to gain more base, it will be hard
0 Likes

Quoting: BumadarI just thought: If Valve would release Half Life 3 say 3 months earlier on Linux ...... then you would see a Steam/Linux increase you could only dream off