For those searching for a bit of poetry in their games, Kingdom Ka [itch.io] from Carrot Cake Studios may satisfy that craving. Originally created as the developer’s final project in university, it has been refined over the months following and released as a full game at the end of February. 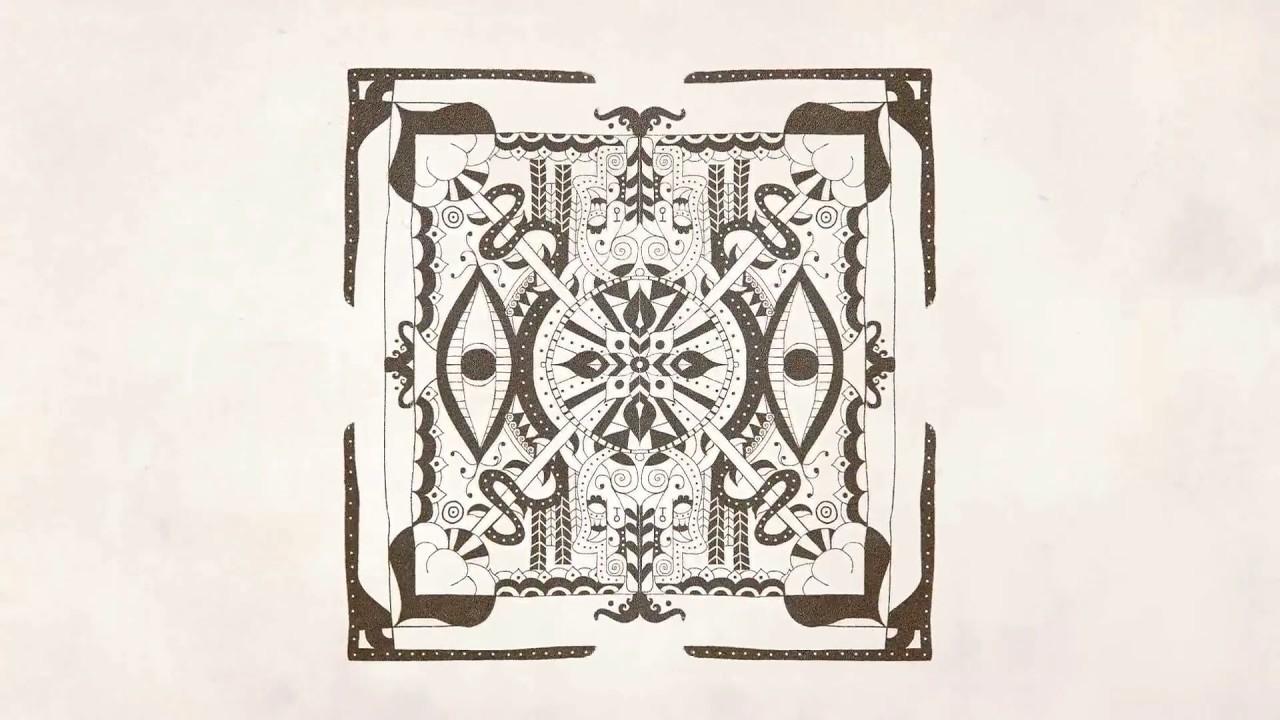 Visually stunning, Kingdom Ka populates its world with a mix of Asian-inspired line art and various sorts of collage to produce a unique effect. Characters are distinct, to say the least, and the world in which they move feels richer than what is simply shown on the screen. Each area you visit has something new to discover,  be it a well full of tea or a depressed giant made of clay. Wonders abound at every turn.

The soundtrack, too, is impressive. Dominated by moody, minor key strings and punctuated at times with more upbeat tracks that reflect the mood of that particular area. Sometimes there are audio tracks which provide food for thought, although I admit I simply couldn’t understand the speaker for the last one.

The story of the game is straightforward, involving a small, armless protagonist who comes to the end of a perilous journey at the gates of the titular Kingdom. Separated from their more worldly travelling companion, they explore each district of the region in turn, finding a collection of quirky characters each with their own business to attend to. Along the way you collect petals, which in turn open the way to the heart of the Kingdom. 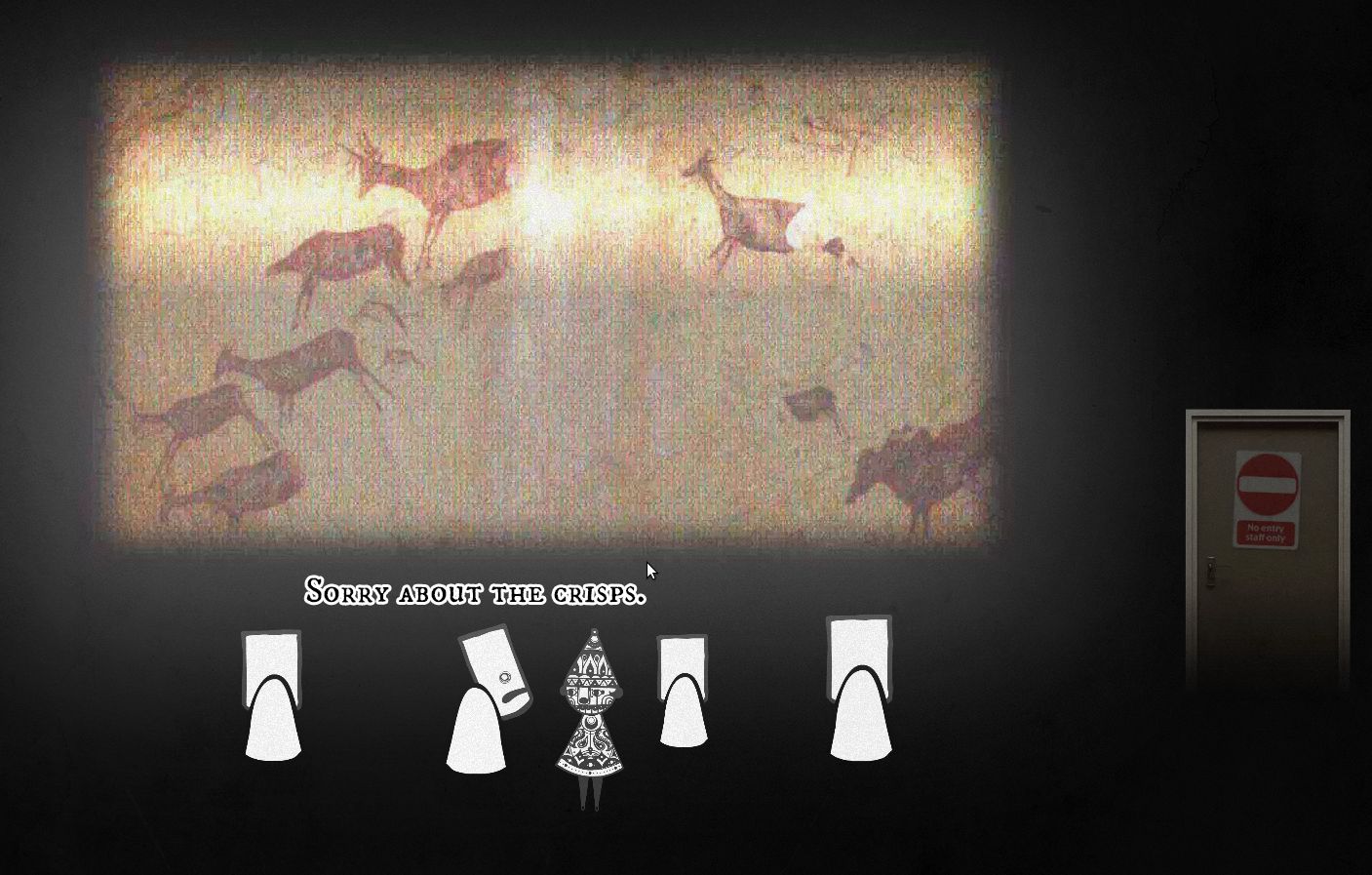 Where the game stumbles is in communicating an overall theme. While the vignettes that take place in each area are engaging, inspired by a variety of ancient stories, they don’t seem to relate to each other in a cohesive fashion. The dialogue is very good but the message doesn’t come across effectively. From what I can tell, the game is about identity and questioning the perception of self in various ways, but honestly I’m not certain of that.

The opening scene, where the player is seemingly interrogated by the game itself, seems to suggest that your choices limit future options, although that doesn’t apply to actual gameplay. There are no multiple endings, and only one area is optional. There are a couple of exchanges where new dialogue comes up based on your choices, but that’s all.

I ran into a few challenges trying to start the game. Running it via the Itch client failed due to reliance on an older version of libavcodec than my system uses. Fortunately when I purchased the game it came with a tar.gz package that did not have that problem. However, when I did successfully start it, the game not only used the wrong monitor but my mouse was trapped on the left half of the screen. Manually editing config.ini to turn off fullscreen did the trick, and the game ran smoothly after that.

The developer revealed that a patch is due this week which should fix the dual monitor issue and includes other optimizations for Linux users, so hopefully others won’t run into those issues in the future. It’s good to see devs being responsive to the Linux side of their player base like that.

Overall, I recommend Kingdom Ka. For $4 USD, you get a beautiful, polished experience that’s good for approximately one hour of play time. Aside from some technical issues and a somewhat shaky overall plot, it remains an entertaining game that stands out as a work of art in its own right.

We do often include affiliate links to earn us some pennies. We are currently affiliated with GOG and Humble Store. See more here.
About the author - Nezchan
I'm a fledgeling writer, but more importantly I'm a Linux user who loves games. I've been playing video games since PONG, and it's always amazed me, the strides gaming has made since then. The fact that we're currently in a rapid growth period for gaming on Linux makes me happy, and the fact that it mirrors the growth of gaming into other non-traditional markets pleases me on a more personal level as well. I can only hope that both continue.
See more from me
Some you may have missed, popular articles from the last month:
The comments on this article are closed.
1 comment

View PC info
A late addition to the above, the developer informs me that the soundtrack is available on Soundcloud, for anyone who wants it.
0 Likes
While you're here, please consider supporting GamingOnLinux on: