For those who like your co-op exploration, you might want to take a look at Abyss Crew that's currently on Kickstarter. The developer actually sent it to us directly, specifically noting how it supports Linux—a nice sign!

They said they've specifically tested their current alpha build on Linux using Wine, but the actual released build will be a native Linux game. I suppose that's a pretty interesting way to do it, cutting down on a bit of development time messing around with multiple builds, but it's no substitute for proper native testing of course.

As it's a co-op game, each play will assume a specific role inside a submarine. There's four possible roles to take: The Pilot, The Sonar Operator, The Gunner and The Engineer. It's designed to encourage interaction between players, so communication is key. The Sonar Operator for example, would need to keep a close eye on what's around you to make The Pilot aware of any urgent situation brewing.

The developers put up a teaser trailer of them playing it, take a look: 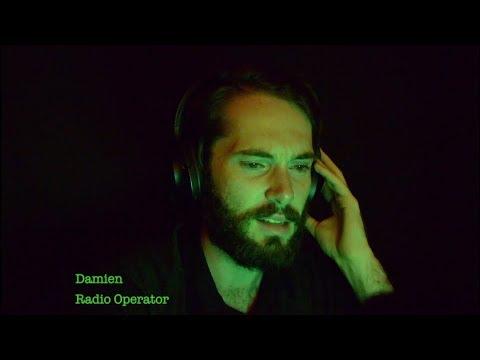 As cheesy as the video is, I have to admit it actually looks and sounds pretty fun and I did quite like what they did with the video. Always fun to see what people can do to show off their in-development game, with limited resources.

Once released, they've said it will be available on Steam and they will also be doing DRM free builds as well. They are estimating an Early Access build in January 2019 with a full release in March 2019.

They've got 17 days left, with $2,995 pledged of the $4,000 goal (Canadian Dollars) so it looks like it's within reach, but that depends on how others feel about it. If you like the sound of it, find it on Kickstarter.

View PC info
This seems fun
Hope it supports cross-platform play.
Would be cool to play with friends.
2 Likes, Who?
Pollux568 1 Mar, 2018
Hi,
I am Pol, the main developer of Abyss Crew.
I just wanted to confirm that cross-platform play is already supported, and will be supported in the release.
Don't hesitate to join our Discord ( https://discord.gg/VJHfQjS ) if you have any question!
11 Likes, Who?

Quoting: razing32This seems fun
Hope it supports cross-platform play.
Would be cool to play with friends.

The developer has informed me that "cross-platform play is already supported" (direct quote).

Edit: See above, now that I've approved their comment (didn't see it before posting, woops).

View PC info
Reminds me bit of those other crew building games, like Guns of Icarus Online, Star Trek: Bridge Crew (yeah, not on Linux :/), Lovers in a Dangerous Spacetime... and I like those games. So count me in too!
1 Likes, Who?

View PC info
I hate that feeling when I really want something to succeed but its on kickstarter. It just rings to many alarm bells, especially when they say they're going to provide Linux support. :/

Hopefully my fears are unfounded and this will turn out to be as good as it looks/sounds. :D
1 Likes, Who?
Guest 2 Mar, 2018

Quoting: Pollux568Hi,
I am Pol, the main developer of Abyss Crew.
I just wanted to confirm that cross-platform play is already supported, and will be supported in the release.
Don't hesitate to join our Discord ( https://discord.gg/VJHfQjS ) if you have any question!

It's good you want to make sure that the native Linux version will also be mp-compatible to the other versions! I'm in too for sure!
Will there be a stealth mode in the game, with passive sonar? I would love operating the sonar station, sneaking around silently. I think submarine tactics is used far to rarely in games!
0 Likes

I don't remember myself to pre-order any game. But for me Kickstarter is not a pre-order thing.
On pre-order you can wait until the official release and you get the game. On Kickstarter if a campaign fails it's possible to not get the game at all...
But if it's going wrong for whatever reason, i ask for a refund, at least i would have tried.
1 Likes, Who?
Guest 3 Mar, 2018

If you look to (or have to) maximize your "consumer output", then you're probably right. Maybe even wait for a sale.
Helping actively to make a developers idea reality is a complete different thing. There is a risk to it, as every developer states on Kickstarter. But the reward could be a game that would never have been there if you wouldn't have helped.