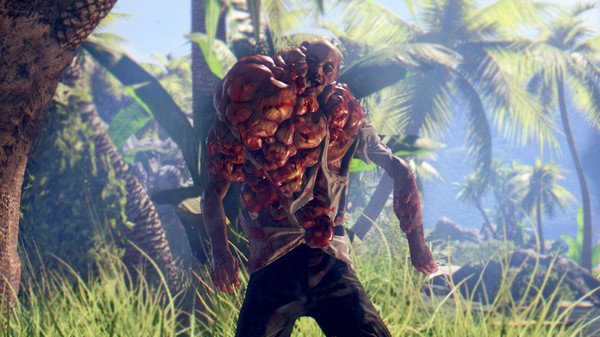 I tweeted to them on the 15th and they have only just replied today (my emails went completely unanswered as usual):

@gamingonlinux We currently don't have plans for Linux versions for these editions.

This is really weird, because both games have Linux in the "oslist" and only within the last day did they both add in the "linuxclienticon". I pointed this out to Deep Silver, but no reply yet.

There could be many reasons for this. It could be that Deep Silver simply has their wires crossed, it could be for testing purposes only or even being announced at a later date.

If it is true that the new editions are not coming to Linux, this will mean Linux/SteamOS gamers will not be able to buy Dead Island at all, as the old editions are being removed.

We do often include affiliate links to earn us some pennies. We are currently affiliated with GOG and Humble Store. See more here.
About the author - Liam Dawe
I am the owner of GamingOnLinux. After discovering Linux back in the days of Mandrake in 2003, I constantly came back to check on the progress of Linux until Ubuntu appeared on the scene and it helped me to really love it. You can reach me easily by emailing GamingOnLinux directly.
See more from me
Some you may have missed, popular articles from the last month:
The comments on this article are closed.
48 comments
Page: 1/5»

View PC info
Weird - at least I don't care too much. Not my kind of game.
0 Likes

View PC info
I had big hopes with these re-editions. I was wishing to play Riptide in Linux-native, but with this news I'm very disappointed. I don't understand why devs hyped Linux-community with Steamdb
1 Likes, Who?

This stuff isn't even supposed to be public, SteamDB just hooks into stuff to show it publically. SteamDB isn't an official Valve site.
5 Likes, Who?

View PC info
Really sad news. We know Techland can do the ports themselves, and they are delivering good and playable ports. I reached out to the devs some time ago, after I've watched their Dying Light port report (https://www.youtube.com/watch?v=ZFdgOBniQB4), asking if they would port Dead Island Riptide, too.
Unfortunately the devs don't know nor are allowed to disclose any informations.

Let's hope they reconsider, maybe by showing them our interest in a Linux version of the Dead Island Definitive Edition.
4 Likes, Who?

View PC info
Here's hoping for those crossed wires because not having them on Linux (with these new graphics) would suck immensely for me.
I was planning to play those games again (played them on PS3) because they were both good.
I know that many/some gamers were disappointed by DI, but I was definitely not (really enjoyed the crafting part) and I really had a blast playing them.

For everyone ignoring these games because of negative reviews and so on; please don't. You need to play them and make your own mind, you might have a nice surprise.
3 Likes, Who?

Maybe that Twitter UK account is just for marketing purposes and maybe the guy who handles the twitter dont know much about the game technical details?

Their official webpage
https://www.deepsilver.com/us/home/
2 Likes, Who?

Anyway, at least answer my question about Total War: Warhammer in this article (BTW. It looks it is impossible to get the link to the comment on Chrome on Android)
0 Likes

M@GOid 26 May, 2016
View PC info
Deep Silver may be Linux friendly, but Techland is not so much. Their ports are really bad, like Virtual Programming bad. To this day I cannot launch the original Dead Island in my gaming rig (bought it before Steam allowed refunds), while all other Deep Silver games I have work just fine.

People will point out that I use a non supported setup (AMD+OSS drivers) but I can play every other Deep Silver game I have, and the performance is good. Even Liam, with a monster rig (GTX 980ti) have performance problems with Dying Light, and after several updates things are still not good enough.

I'm not touching another Techland game.
2 Likes, Who?

Hopefully it’s not true.
1 Likes, Who?

View PC info
Well Valve seem to think they are as they're listed under SteamOS on my machine.

edit: Of course they would be as SteamDB has them listed too. My excuse is I'm not well today, should probably just go back to bed.