Currently crowdfunding on Kickstarter, Achaem is a rather promising rogue-lite RPG with an infinite and destructible world and it has a Linux demo.

Achaem (a-kai-m) is a roguelike with an infinite and destructible world, customisable character, insane combat, and progression system! The story is a sci-fi offshoot of the history of the Achaemenid (Persian) Empire.

I had a go on the demo and it runs surprisingly well for such an early build. I decided to see if their claim of an infinite world was actually true and it certainly did keep on going for around 30 minutes travelling. The only issue I can see, is that what's there currently wasn't too exciting. However, it's an early demo so there's tons that's not in it yet.

The Kickstarter has around 21 days left and their goal isn't exactly big, they're only seeking £2K so they should easily hit it with a few hundred already pledged. 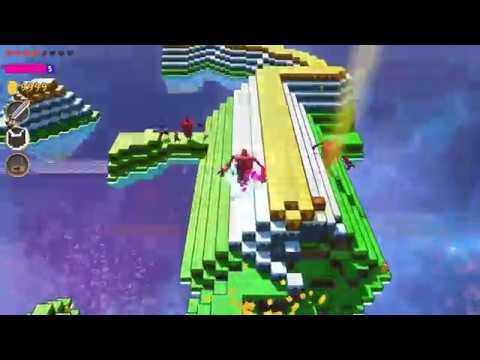 Seems very promising. Will be surprised if this doesn't get funded, considering people fund all sorts of things that often don't even have a basic demo. Find Achaem on Kickstarter.

Thanks for the tip Jordan!

Article taken from GamingOnLinux.com.
Tags: Crowdfunding, Demo, Indie Game, Rogue-lite, RPG, Unity
2 Likes, Who?
We do often include affiliate links to earn us some pennies. We are currently affiliated with GOG, Humble Store and Paradox Interactive. See more here.
About the author - Liam Dawe

View PC info
Because I have no life: This is yet another title which is available on itch.io.
(Name your own price).

Liam, can we get user provided tagging?
1 Likes, Who?
While you're here, please consider supporting GamingOnLinux on: