Action platformer 'Bacon Man: An Adventure' is being ported to Linux

Bacon Man: An Adventure [Official Site], an action platformer from Skymap Games is currently being ported to Linux. It looks surprisingly good too!

The latest post on Steam is from the end of last month, where a developer replied to a rather old forum topic that asked about Linux support back in 2016. Quite surprising really, to see a developer bring back such an old post to update people, but nice to see. 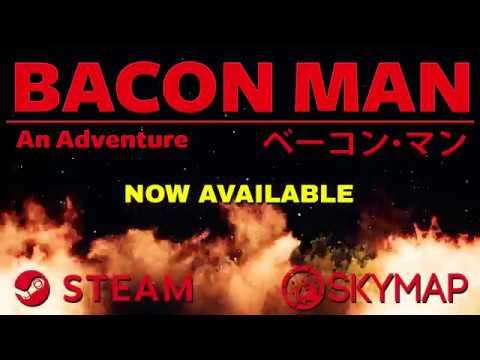 It was actually funded originally on Kickstarter, way back in 2014 and it's only just released for Windows this month. It seems they didn't originally plan to support Linux either, so it's nice to see more do it anyway.

For those who like your funny games, the developer claims it has a big satire-rich story to go through, along with tough platforming and local co-op support. I look forward to trying it out, although it's making me hungry…

Thanks for the tip, CandricS!

View PC info
I'll probably be picking this one up. Looks pretty fun, like a mix between Rayman Origins and Rocketbird Hard-boiled Chicken
0 Likes
jackanderson221 10 Mar, 2018
I am also experiencing this problem!
0 Likes
While you're here, please consider supporting GamingOnLinux on: