Writing a rather short email to us today, Attu Games have announced their rather interesting Action RPG Feudal Alloy is now going to release next year. To be clear, this isn't a delay in the Linux version, the entire game is delayed.

No reason was given, literally all that was said was this "Feudal Alloy, a fish-controlled medieval-robots metroidvania, is delayed until January 2019". I'm not fussed personally, when I tested the build they provided us with some time ago I was rather impressed. So taking some extra time to make it as great as they can is fine. 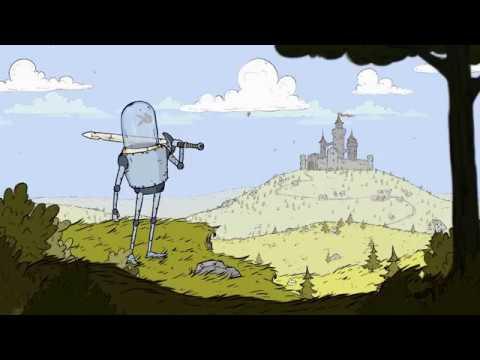 They say it will feature:

Article taken from GamingOnLinux.com.
Tags: Action, Delayed, Indie Game, RPG, Steam
8 Likes, Who?
We do often include affiliate links to earn us some pennies. We are currently affiliated with GOG and Humble Store. See more here.
About the author - Liam Dawe

View PC info
The art was different enough to pique my interest first time Liam wrote somethign about the game some time ago. If the extra time helps, it's more than welcome.
6 Likes, Who?

View PC info
I remember when this was first announced, I still want it delay or no delay. :D
2 Likes, Who?

View PC info
A couple of years ago I was getting sick of the "retro" pixel-graphics look that every indie game coming out seemed to have and figured it was simply something I would have to come to terms with. Now I'm seeing so many games with interesting art styles coming out and I love it!

Also, gotta agree with @fabertawe: Fish-controlled medieval robots is just what we needed!
2 Likes, Who?

View PC info
Hmm , is it just me or is the art eerily reminiscent of Machinarium ?
0 Likes

Quoting: razing32Hmm , is it just me or is the art eerily reminiscent of Machinarium ?

Not really. Just look at screenshots and you'll notice a clear difference in style.
0 Likes

Quoting: razing32Hmm , is it just me or is the art eerily reminiscent of Machinarium ?

Not really. Just look at screenshots and you'll notice a clear difference in style.

Hmmm. Maybe the robot theme threw me off.
0 Likes
While you're here, please consider supporting GamingOnLinux on: