The developers of the impressive action RPG Last Epoch [Official Site] that we tested during the Kickstarter have now put out the Alpha version.

If you missed it, here's their latest gameplay preview: 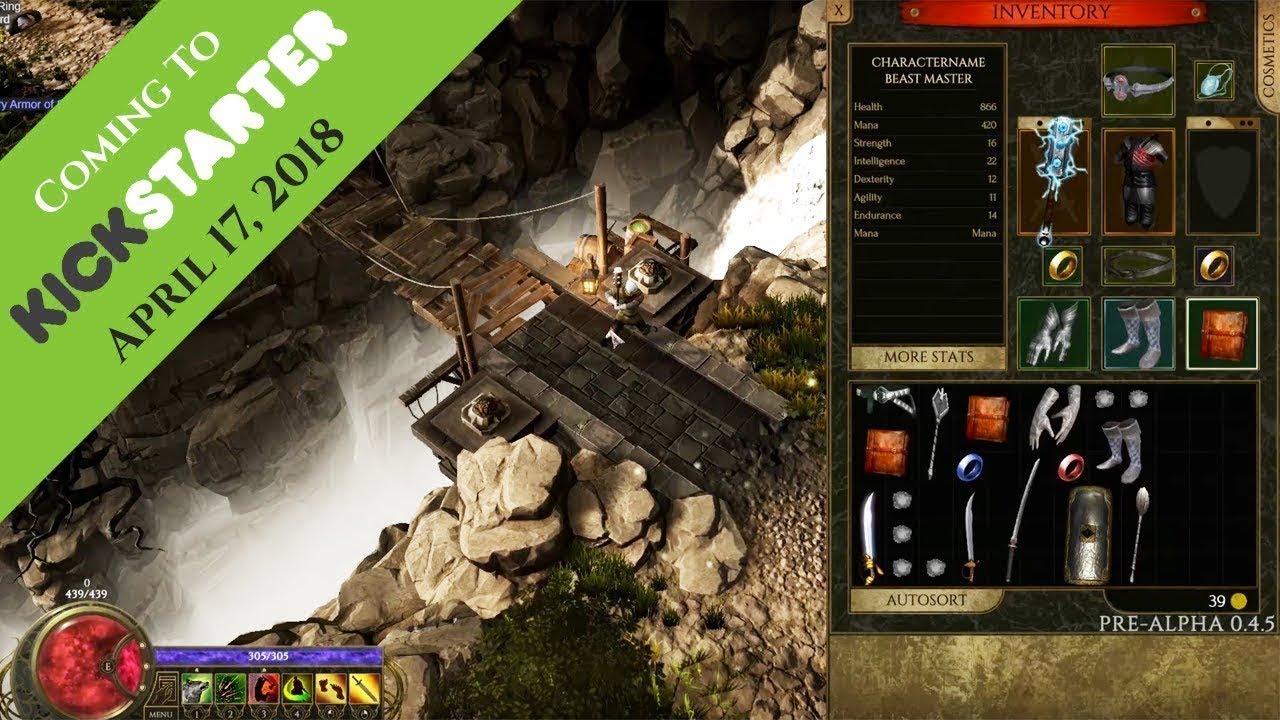 At a glance, here's what's new in the alpha:

What's pleasing to see, is that Eleventh Hour Games have kept up with the Linux support and so it is included during the Alpha period. However, there are some major problems with their new launcher and updater. I haven't yet been able to get it to work.

Each time I try it, either the updater gives me an "unknown error" or if I do manage to get it to launch, it gives some sort of black screen and then either quits or forces GNOME Shell back to the login screen, so it has some major problems to work through. I've sent the developer some logs and information on this, hopefully it will get fixed soon so we can properly dive into the Alpha build.

I've tried with my second monitor disabled, to see if it was some funky windowing issue, but even then it's the exact same issue. It's possible their updater hasn't actually downloaded what it needs, so I will keep an eye on it for any fixes and report again when I can get in.

Update: They are continuing to work on the launcher, I've now managed to get a build that works so should have thoughts up tomorrow with a preview video.

Article taken from GamingOnLinux.com.
Tags: Action, Indie Game, RPG
8 Likes, Who?
We do often include affiliate links to earn us some pennies. We are currently affiliated with GOG, Humble Store and Paradox Interactive. See more here.
About the author - Liam Dawe

Ah, you like only RPG games? Imagine if you liked RPG games AND strategy games.
And then there's steamplay. :-(
Damn you, GabeN.
0 Likes

Ah, you like only RPG games? Imagine if you liked RPG games AND strategy games.
And then there's steamplay. :-(
Damn you, GabeN.

Nah, I also like Strategy , Action, FPS , almost everything. But i kinda like RPG's the most.
1 Likes, Who?

Quoting: liamdaweEdit: Going by what they've told it me, it seems one of the developers has been working on the launcher fixing it up on Linux. I've managed to get it to work now most of the time, so I shall have a preview up tomorrow :)

Was there anything you had to do to get it working? I ask because I'm still getting "Unknown Error. Please try again." consistently; logs seem to point to a torrent issue.

No idea. I removed it all, purged the config files and downloaded the launcher again. Third time seemed to do it. It's still not perfect, sometimes it will still give that error and completely mess up, but I can now get it to run most of the time it seems.
0 Likes

View PC info
Hmm , is this multiplayer ?
Or single only ?
Just curios.
0 Likes
«2/2
While you're here, please consider supporting GamingOnLinux on: