By -Daniel-Palacio- - 26 August 2016 at 4:28 pm UTC | Views: 6,098
Super Crate Box was briefly mentioned in this GOL article, regarding the developers' plans to port three of their games to Linux. Now the day has come for this title, so I tried it and it's really a truly addictive game and an instant recommendation.

YouTube videos require cookies, you must accept their cookies to view. View cookie preferences.
Accept Cookies & Show   Direct Link
The game is one of those which are extremely easy to learn but very challenging to master: you only have four actions (left, right, jump and shoot) and you need to collect as many boxes as you can to get more guns or to unlock new characters and levels. Every time you pick up a new box, a new weapon will be given to you. You can't choose which weapon you will use, you can only use the assigned one until you reach a new box, but also the ammo will be unlimited. 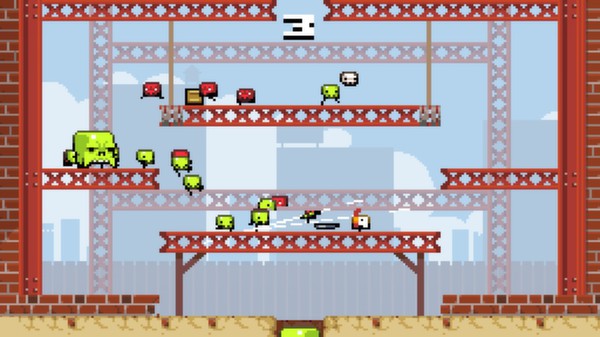 As for the enemies, they have an intentionally simplistic behaviour, since they only drop from the top part of the screen and follow a predictable trail (excepting the floating white one, who slowly chase you); in a one vs one situation, with the exception of the red fast ones they don't represent a high threat, but you can be certain that hell will break lose in a matter of seconds. None of them shoot and you simply die when they touch you, but try to remain calm when you have to fight and avoid a large amount of them at the same time. You'll need to have some patience, but it will never get to the point where you rage-quit, because the respawning is immediate and you'll start unlocking new assets pretty easily. Actually, this game is one of those where you will "play a round more and that's all", but you'll get eventually get caught and spend several more minutes playing it. 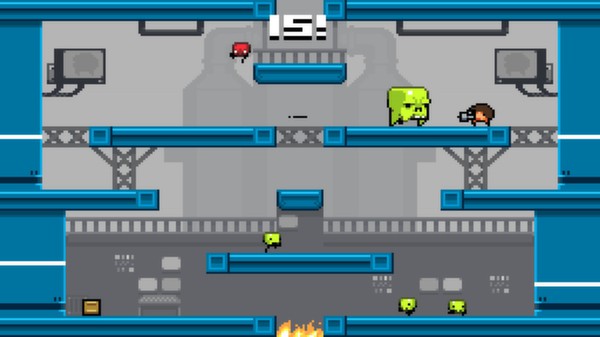 Regarding the controls are very responsive, so for this one there are no excuses: if you got killed by an enemy or you fell to the pits it will be exclusively your fault. To give you an idea, it feels smooth as Super Meat Boy controls, but not that overly sensitive, so your only concern will be focus on avoiding your enemies and to learn the fire rate of your guns.

In conclusion, despite its simplicity, this is a game where a lot of effort was put, giving as a result a very well-balanced title and an addicting experience, for those moments where you have some small free time to spend. Let's hope that the ports for Serious Sam: The Random Encounter and GUN GODZ are as good as this one. 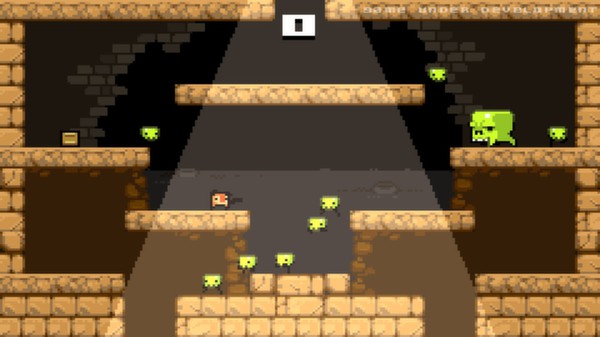 About the game (Official)
Vlambeer's SUPER CRATE BOX is coming to bring back the glory of the golden arcade age, when all that really mattered was getting on that high score list. Grab your baseball cap and loosen your pants, it's time to fight endless hordes of enemies and collect every weapon crate you can. Prepare for an arcade delight with tight controls, refreshing game mechanics, cracking retro art and a terribly hip chiptune soundtrack. Article taken from GamingOnLinux.com.
Tags: Arcade, Free Game
0 Likes
Share