Hiveswap: Act 1 [Official Site, Steam, Humble], based on the popular, long-running webcomic Homestuck by Andrew Hussie, has released for Linux, just over 1 month following release of the Windows and Mac versions. 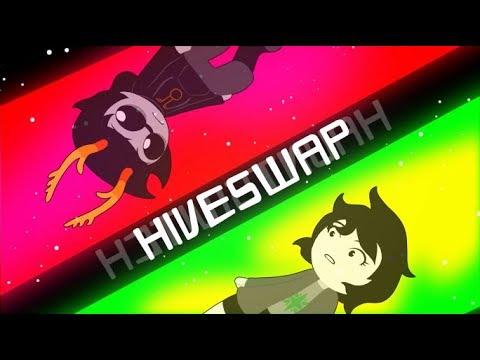 Following a wildly successful Kickstarter campaign in 2012, where Linux was one of the earliest stretch goals, the game was beset by considerable development problems which caused delays past the original 2014 release date. The game style shifted from 3D to 2D point-and-click, which the creator, Andrew Hussie, stated this was much more in line with his original vision for the game.

On September 14, the game was released for Windows and Mac with no mention of Linux. When approached by a number of people, What Pumpkin Games' response was only that Linux was their "top priority". The company has not responded to repeated queries why it was not a priority prior to launch, or why porting the Unity title presented sufficient difficulty to take the additional time.

Based on a brief test, the game runs very well, with some of the snappiest menus I've ever seen. Despite using Unity, it fullscreens on the correct monitor with no graphical problems thus far. The opening cutscene and first few minutes of play are bug-free and even on an older machine run smoothly. As expected from a Homestuck-related game the music is excellent and appropriate to the scene. The only thing that seems odd is the choice of a Couirier-like font, although knowing Andrew Hussie, that's likely going to be part of the plot as things progress.

Otherwise, at least to start with, it runs like a pretty orthodox point-and-click adventure game. The writing seems good after a few minutes of play, with a highly conversational narrative style. What I’ve played so far doesn’t seem to need any prior knowledge of the Homestuck universe(s).

Reviews so far have been excellent, which bodes well for Act 2.

We do often include affiliate links to earn us some pennies. We are currently affiliated with GOG and Humble Store. See more here.
About the author - Nezchan
I'm a fledgeling writer, but more importantly I'm a Linux user who loves games. I've been playing video games since PONG, and it's always amazed me, the strides gaming has made since then. The fact that we're currently in a rapid growth period for gaming on Linux makes me happy, and the fact that it mirrors the growth of gaming into other non-traditional markets pleases me on a more personal level as well. I can only hope that both continue.
See more from me
Some you may have missed, popular articles from the last month:
The comments on this article are closed.
3 comments

View PC info
Just commenting to add that I did run into a few graphic glitches about an hour and a half in, but those sorted themselves out and the rest of the experience has run perfectly so far. I posted a bug report in the Steam forum about it.
1 Likes, Who?

View PC info
Interesting side note: I checked the Humble page, and there's a notification saying

Usually you did get both, the drm-free download and a key - first sign of some changes, or game-specific?
0 Likes

Quoting: PitInteresting side note: I checked the Humble page, and there's a notification saying

Usually you did get both, the drm-free download and a key - first sign of some changes, or game-specific?

It was like that from before day one. Prior to release, backers of the Kickstarter were given the same choice, which struck me as very unusual at the time. As with many things, What Pumpkin hasn't explained why.
0 Likes
While you're here, please consider supporting GamingOnLinux on: