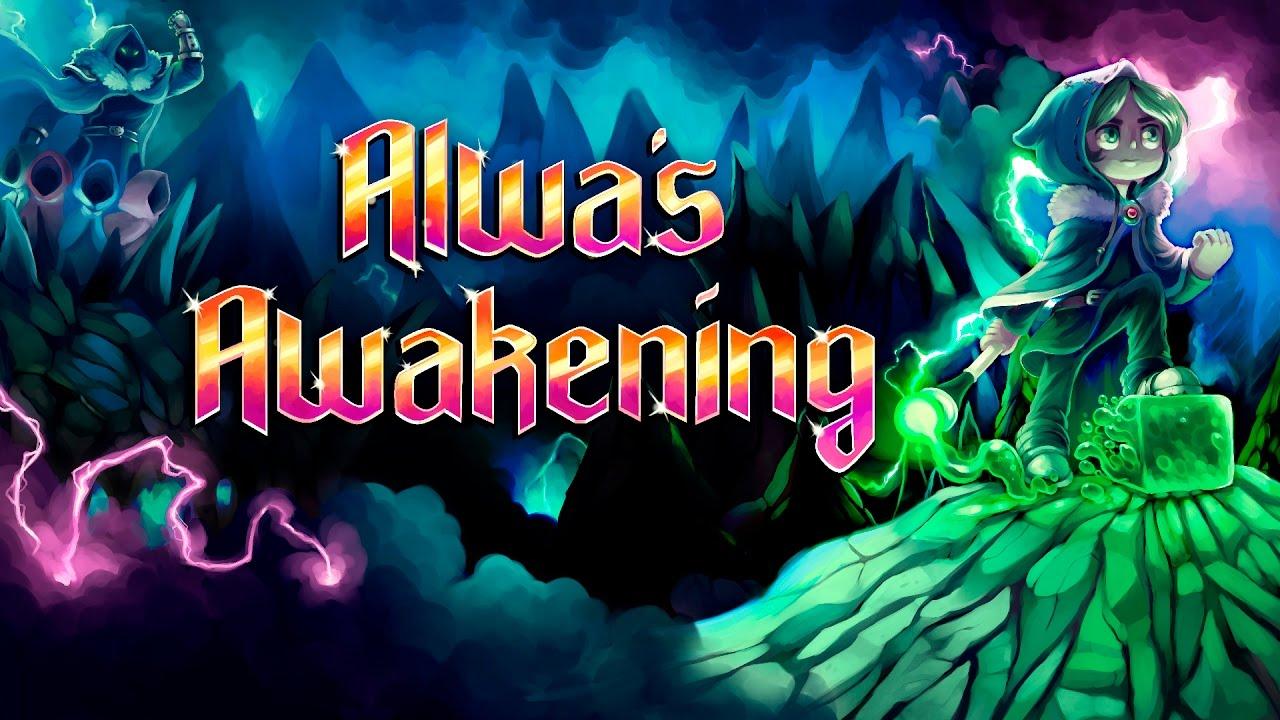 YouTube videos require cookies, you must accept their cookies to view. View cookie preferences.
Accept Cookies & Show   Direct Link
In Alwa's Awakening [Official Site, Steam] you are a stranger who has been summoned to help rid Alwa of evil! A very retro throwback at the NES era and it pulls it off pretty well.

Disclosure: Key provided for me by a PR team.

This is 'Elden Pixels' first game as a studio and it's pretty impressive considering that. They certainly know their stuff and it's quite surprising for a small studio to have such an impressive first game.

Graphically, this would fit right in with the era it was inspired by. From characters to background art it absolutely nails the aesthetic. Each section is glued together with a simple sliding animation as you move off screen, with essentially zero loading time.

The controls are okay. My main issue is that jumping feels like you're in low gravity, it doesn't feel precise at all. For a platformer this is a bit of a grey mark for it, as I would have liked it to be a lot smoother rather than slow and floaty.

Like many retro games, it doesn't allow you to manually save, you have to save at specific locations, which can be a bit of a nuisance. It's one of the mechanics of retro games that I really don't like and here it's no different. I would very much like that mechanic thrown out in as many games as possible, I like to save when I want, not when the game allows me to.

It will require some thinking, as it won't hold your hand in any way. You will need to explore the map and find the best way to get to each objective. I've had a fair bit of difficulty piecing it all together, but I'm slowly getting there. Everything is connected somewhere, so it's just a case of exploring until you find the path forward.

You will be required to find special items to be able to access new areas, like a green gemstone to use with your staff, which will allow you to create a single green movable block. This can be used to protect from traps or to reach new places. It also has the usual key-hunting required, as certain areas are locked until you find them.

I'm currently on a laughable death counter of 5 (silly mistakes) and I'm sure there will be many more.

Probably one of the best retro tributes I've played in some time, I actually enjoyed it, which is rare. Article taken from GamingOnLinux.com.
Tags: Action, Adventure, Indie Game, Initial Thoughts, Platformer, Retro, Steam | Apps: Alwa's Awakening
5 Likes, Who?
We do often include affiliate links to earn us some pennies. We are currently affiliated with GOG and Humble Store. See more here.
About the author - Liam Dawe

View PC info
They certainly did get the NES aesthetic down pat. I was never a big fan of the platform, but I have to say that despite my expectations I really enjoyed most of the soundtrack, and the graphics did their job well.

Gameplay was in my view not as well executed, partially due to the aforementioned awkward controls and some parts that I found simply frustratingly difficult. For full disclosure, in the process of playing through the game with 100% items & map during the closed beta, I died well above 150 times. More than a few times due to fumbling with the weird up+attack spell mechanic, and maybe a handful of times trying to break the game and uncover bugs to actually do my job as a tester. I would have given up at a certain point if I had been playing purely for my own entertainment.

In fairness some of these features I find annoying come from the project's origins as a NES homebrew and the development team's faithfulness to the original platform. Being convincingly retro doesn't make it all better in my book though. Your mileage may vary. As a platformer it's not a bad one certainly, but don't expect it to be another modern metroidvania.
0 Likes
ison111 13 Feb, 2017

View PC info
Definitely going to pick this up soon.
1 Likes, Who?

View PC info
I am really happy to see Alwa's Awakening being covered. I love this game!

It's one of the best retro inspired games I've ever played. It really takes me back to being a kid playing on the NES.

I didn't have any problems with the controls. Don't let the "floaty" jump discourage you. It is actually very precise. It's just different from most NES games.

Quoting: tuubiMore than a few times due to fumbling with the weird up+attack spell mechanic

Up+Attack for a secondary attack is actually the default for Castlevania games. So those coming from Castlevania, will feel right at home. But, I can understand it being awkward for new comers.
0 Likes

View PC info
What a wonderful game it is! :)

The music in the trailer put a smile on my face. Very nice. The game looks good too but I’m not playing platformers much if at all these days…
0 Likes
While you're here, please consider supporting GamingOnLinux on: