Amanita Design are the developers of games including Machinarium, Botanicula, Samorost and more. Today, they released Pilgrims, a playful adventure game and it supports Linux. Note: Key from the developer.

Seems they've now moved over to using the Unity game engine, which has likely helped them support Linux again as previous titles used a mix of Flash and Adobe Air. As for Pilgrims, I had honestly not heard of it at all so it was quite a surprise to see it in the GamingOnLinux inbox this morning. Seems they were a bit sneaky and just stealth released it!

Pilgrims is a rather unique adventure game and as expected from Amanita Design, the style is absolutely wonderful. 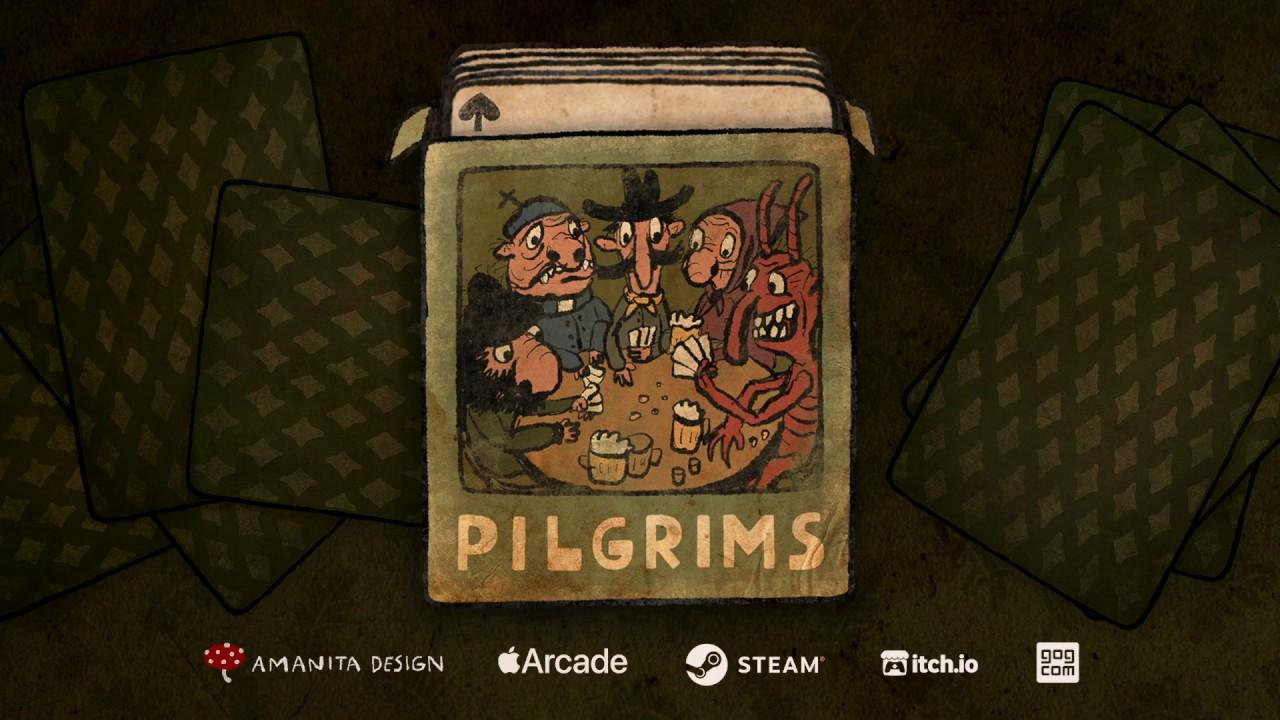 In Pilgrims you travel across a map solving little puzzles by interacting with the scene you're given. Each scene is animated with a unique encounter you can do something with. As you progress you will collect items in the form of cards, go back to other areas and combine them and perhaps give them to someone you come across later.

You don't exactly have a set path as it's a bit of a playground. You go wherever you want (or where you're currently able to), with some really strange encounters found along the way. I don't want to spoil it too much but I've managed to gain a companion, pretty sure I just drugged a holy man and then tied them up, cheered up some shop keeper with a wiggly worm and then went fishing. I honestly can't think of another experience like it. Pilgrims is so thoroughly unusual it's lovely.

The Linux version seems to work impeccably well too, I've not encountered a single issue in my few hours this morning.

You can pick up a copy direct from their website, GOG, itch.io and also Steam. According to their site, it's coming to the Humble Store soon too.

KlaasIt seems that the Linux version of Machinarium disappeared when they switched to the new engine – at least the Steam version is Windows/Mac only and according to GOGdb the Linux version hasn't been updated in ages. I can't check directly, because I only have the Humble version.

I am fairly certain both GOG and HB releases of Linux version of Machinarium are the same Flash based build. Before Machinarium switched to a new engine, Steam version was too Flash based and could be manually patched with retail Linux patches. However, Amanita never bothered to keep the Flash version in a separate branch, instead nuked it, so only way to get play the Linux version is to get GOG or HB version. Here is my outdated guide for patching Steam version for Linux:

Edit: I managed to download and patch old Flash version from Steam, here is the new guide: