AMD Are Already Working On A Vulkan Driver, More Talk About Their New AMDGPU Driver

By Liam Dawe - 22 September 2015 at 9:16 am UTC | Views: 8,987
Looks like AMD finally spoke in public about their plans for Vulkan, and the news is looking pretty good. In the full youtube video below they talk about quite a bit, and you can find all their slides here. 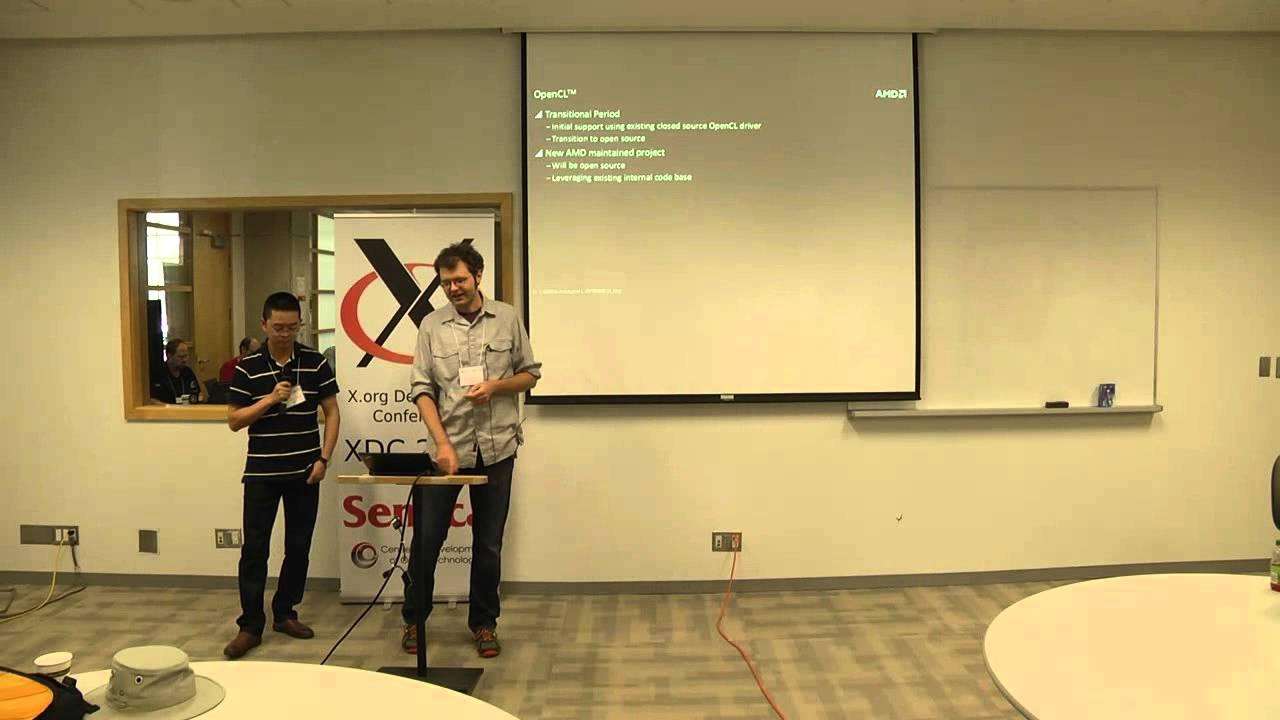 YouTube videos require cookies, you must accept their cookies to view. View cookie preferences.
Accept Cookies & Show   Direct Link
I'm seriously hoping that this will put AMD on a more level playing field performance wise with Nvidia, as I am sure everyone wants AMD to succeed. The last thing we need is for Nvidia to be the single and only choice for gamers, as that will create nothing but high prices and crap cards.

Their Vulkan and OpenCL will be closed source to begin with, but they will be opened up later.

It's certainly looking like all GPU vendors will have a driver ready for the final specification release of Vulkan, which is pretty great news and I can't wait to see the first game using Vulkan so we can get some testing going. Article taken from GamingOnLinux.com.
Tags: Editorial, Video
0 Likes
Share

View PC info
It seems to me that AMD is going open source not just on Linux but Windows as well. The OpenCL driver and Vulkan driver are shared between Linux and Windows as far as I understand, so open sourcing them should mean open source for both platforms....which would be pretty awesome.

Hopefully AMD open source these drivers within the next few months as that would allow them to be integrated into Linux distros next year (Ubuntu 16.04/Fedora 24 etc). This would allow for out of the box support...which is always a big plus.

Also, the AMD devs were talking in that video about involving their display team to contribute display management code. This code has just started coming out (link) and will most likely be found in Linux Kernel 4.4.

lvlark 22 Sep, 2015
View PC info
Oh boy. If they can deliver on this somewhere about the time Vulkan launches (if you can name it a launch) I'm much happier again about my choice for AMD. In fact, even if performance is 'just' up to par with current Catalyst performance I'd be satisfied. Although, with Vulkan, it should be beyond that.

And the note on which the video ends sounds good as well. They seem to be convinced that any underlying software should be easy to access for any application, regardless of the exact use scenario. If applications (games in specific) can easily leverage the power AMD GPU's have to offer, they may well get a better foothold in the Windows world as well.
0 Likes

View PC info
As soon as AMD deliver a SOLID (steady) experience in games I'll switch to them even if were like 10-15% bellow on FPS performance.
2 Likes, Who?

Quoting: burnallCan't watch this, even high school presentations were better...

Then stick to the slides, even though I don't really like their style, but that seems to be commonplace in the tech industry.
0 Likes

Nyamiou 22 Sep, 2015
You know that AMD created Mantle which is the foundation of Vulkan, right ?

Quoting: burnallCan't watch this, even high school presentations were better...

Then stick to the slides, even though I don't really like their style, but that seems to be commonplace in the tech industry.

Computer scientists are not good at talking to human beings. That's why we spend so much time with computers. ;-)
0 Likes
TheinsanegamerN 25 Sep, 2015
I'll believe it when I see it. Remember that driver that AMD was going to release for the 285 that would be integrated into the kernel, and came out nearly a year late?

Even when AMD does get a driver released, their high end cards have difficulty against nvidia's mid range gpus in some games, and catalyst is still buggy and slow. Compare this to nvidia's blobs, which are just as high quality as the windows versions.

I really want a 390x, but performance wise, my 770 would win most of the time, which is just sad.
0 Likes
While you're here, please consider supporting GamingOnLinux on: