AMD have announced Ryzen 5 will launch in April

AMD initially launched Ryzen 7 their enthusiast higher performing chips, but now they're gearing up for the lower end with Ryzen 5 which will launch on April 11th. 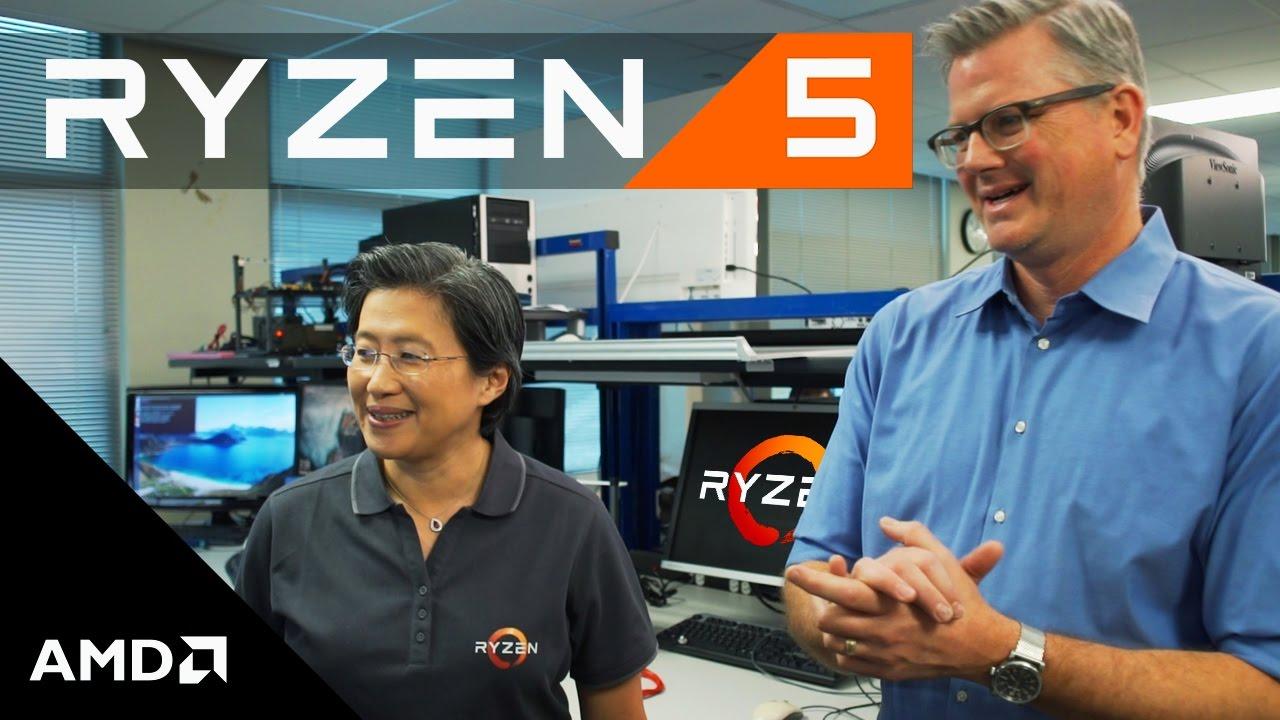 They will apparently use the exact same socket as Ryzen 7, meaning if you decided one day to upgrade from Ryzen 5 to Ryzen 7, then you won't need a new motherboard.

AMD have also answered a few questions burning in the community here, which is worth reading.

I know a bunch of you picked up Ryzen 7, but will any of you be going for the cheaper Ryzen 5 option? Will be very interesting to see how Ryzen 5 stacks up against their older processors. Considering one of the huge selling points of Ryzen was the increase in IPC (instructions per clock), it should be a decent option for cash-strapped gamers. Article taken from GamingOnLinux.com.
Tags: AMD, Hardware
7 Likes, Who?
We do often include affiliate links to earn us some pennies. We are currently affiliated with GOG, Humble Store and Paradox Interactive. See more here.
About the author - Liam Dawe

lvlark 16 Mar, 2017
View PC info
I'll probably pick one up in June. May not have enough money before, nor time to actually put it to use.

That does give me time to wait out benchmarks and decide whether the extra cores (or even extra wattage of the 1600x) will be worth it.

View PC info
lets see, im aiming for the lower end stuff as of now due to $$$ restraints lol but i hope these processors deliver but until then ill hold on for reviews.
0 Likes
themixturemedia 16 Mar, 2017

View PC info
Still rocking my 8370 right now and plays fine, still waiting for my RX 480. I will see after I get that if I still need to upgrade or not.
0 Likes

View PC info
Im interested in how Ryzen is going forward, but for the time being my i5 4670K is more than enough to handle modern games especially coupled with my 1070.

However I would like AMD to keep pushing intel because I would hapily buy a future generation AMD CPU when it comes time to upgrade; hell if AMD's GPU's get upto par in performance I would hapily switch to one as well when the time comes.
3 Likes, Who?

View PC info
Since they appear to have figured out why the Ryzen 7 performs relatively poorly on some games, the 4 core Ryzen 5 may actually be quite interesting for gaming. Especially if the clock can be upped a bit.
0 Likes

View PC info
Interesting times. Might have to upgrade in a year time or so, perfect to see benchmarks and user experiences before.
0 Likes

View PC info
Rocking a Ryzen 7, very happy with my purchase. Gamers will be happy with the R5, im quite sure. It probably wont reach to the levels of Kaby Lake performance, but for budget gamers i believe it will be an amazing product.
4 Likes, Who?

View PC info
By the way, I didn't watch the video, but Ars technica put the prices down:

This is quite appealing, and could do for a very cheap upgrade. Also, given the price of the lowest-end ones, Ryzen 3 will probably be quite inexpensive.

I will need to upgrade at some point, but don't need anything extremely fancy, so I am quite tempted by those. I will probably wait until we have all the benchmarks to make my choice, though.

Plus, I am not sure if the "core cluster" will be useful in games without them rethinking their threading model. The infinity fabric adds around 100ns latency to interprocessor communication (which sits at around 40ns for two cores in the same cluster, and 23ns for two threads in the same core, IIRC). So, it might not be worth having more than one cluster for now.
That said, games can always try to optimize for this, and we might then see huge performance improvements (for example, decoupling physics, rendering and AI in a way that minimizes the need for synchronization, then split them over the different clusters). Time will tell, I guess.
EDIT: I did a bit of research, and it seems they will have their cores in a 2+2 configuration, so it might not be optimal for gaming. Also, it seems to be "core complex", not "core cluster". They might have a better memory bandwidth in this situation, though.

Then, they are already a good fit for other tasks, such as video encoding, compiling, raytracing... And multitasking, of course. So, don't strike them out just yet.

View PC info
For me, the unpleasant thing about upgrading to Ryzen is this: