AMD Lose Another Big Name, This Time To Nvidia 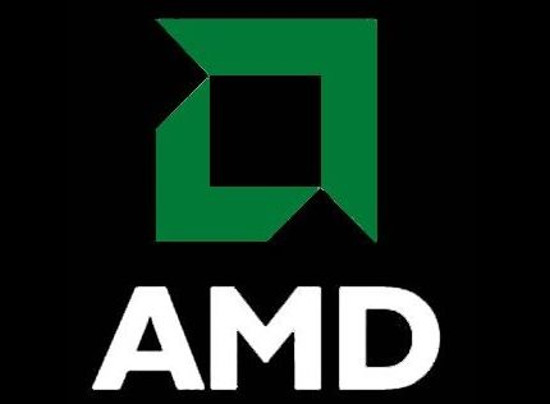 After CPU architect Jim Keller left AMD recently, Phil Rogers has now also left and joined up with Nvidia. According to the article on fudzilla his defection to Nvidia was kept under wraps, I wonder why.

Our IRC channel always turns quite colourful whenever AMD is mentioned, as I know they have a lot of fans in the Linux community for their open source work, but it's an important topic. If AMD is indeed a sinking ship then I can imagine both Intel and Nvidia taking advantage of it in a bad way for us (think higher prices). We really don't need a 100% Nvidia monopoly for desktop graphics or Intel for CPU's.

AMD seem to be going through a pretty rough time at the moment, and with their new Zen CPU's not due until 2016 they could be in for a rougher ride yet. I'm looking forward to seeing what Zen brings to the table, as it's about time AMD focused on performance rather than cores. I seriously hope Zen is a game changer for AMD, since Bulldozer didn't turn out all that well as much as it was hyped originally.

It is my firm belief that Intel + Nvidia is currently the way to go if you want the most performance out of games, but maybe Zen will change this up. Who knows, maybe AMD will compete fully with Nvidia when Vulkan is released.

What are your thoughts? Here's to hoping their Zen CPU line will bring them back into a nicer light, and they don't have too many more respected staff leaving. Article taken from GamingOnLinux.com.
Tags: Editorial
0 Likes
Share

View PC info
I only hope he wasn't just name and left behind something useful for the next gen.
0 Likes

If you think AMD is just good enough to get you lower prices on NVidia GPUs and intel CPUs,
then you clearly don't deserve a company that has done so much for documentation and
investments into FOSS drivers.
0 Likes

What? That was a bit of a weird comment to make in reply to that.
7 Likes, Who?

View PC info
These are sad times for AMD, how far this company has fallen. The last thing we need is a monopoly, that would be a terrible situation for everyone not named Nvidia and Intel. I used to be a big fan of AMD. Not only did they keep Intel honest for years, they introduced new technologies and pushed hardware barriers. I miss the golden days of the Athlon64 era. My Opteron 160 was such a beast (overclocked by 800 MHz on stock air) back then and served me well for many years. Then the Phenom fiasco happened and AMD started going down hill. For a short while, it seemed they were going to right the ship when Phenom II came out (coincidentally my last AMD desktop CPU was a Phenom II), a respectable step in the right direction. Then Bulldozer happened, a disappointment so deep it made Phenom look mild by comparison. They've fallen so far behind Intel that Intel has stopped bothering investing in advancing IPC and has concentrated almost fully on power efficiency in their quest to push into the lucrative mobile market currently dominated by ARM. An i5 or i7 from 4 generations ago is barely slower than a comparable i5 or i7 from today, in part because Intel has no competition in mid-high end desktop CPUs, they are competing with themselves (hitting hardware limitation walls is also to blame).

AMDs one saving grace with their recent troubled times on the CPU side has been their GPU division (formerly ATI), which has generally been competitive with Nvidia (sometimes superior). Recently, I've heard reports of their marketshare slipping, and now they're losing developers to competition.

I really hope they right the ship on both CPU and GPU. Zen better be a home run.
3 Likes, Who?
Guest 14 Oct, 2015
AMD's marketing team need firing or as most have probably moved on years ago, need re-hiring then firing.

AMD never listen to their customers or the market trends. They haven’t made a good CPU line since the Phenom II, when was that ? 2008 - 2009 ! its nearing 2016. You cant sit in the worlds largest electronics market against a Goliath like Intel and piddle about with side projects for over half a decade. They are a doomed company unless they pull out a CPU that can match performance within 15% of Intel with 25% less price and TDP within the same ballpark.

As for their GPU's. You will never get a great AMD driver, a good "enough" one probably but a great one ? Not going to happen, not even with Vulkan / DX12. Go back 10 years and ask ATi owners how their drivers are doing and fast forward another 2 years and ask how Linux users are doing with non Vulkan, openGL titles ?

The situation is almost entirely AMD's own fault. That said, its a real shame because monopoly’s hurt the consumer and that will hurt gaming on all platforms and stifle Graphical developments.

View PC info
AMD needs to step up the core performance in their CPU's, having many cores is good but they're not helping if they perform slow, one thing I also don't agree with is that you have to OC them to get performance on par with Intel. I would have gone for AMD if I didn't strong cores for MMOs.

On the other hand their GPU's are only held back by good drivers on Linux, as for Windows they aren't so bad and perform rather competitively against Nvidia.
1 Likes, Who?

View PC info
I wanted to build my new DIY Steam Machine with an AMD Processor. (Because they are a bit cheaper)
But i needed an Mini-Itx Board to fit in my Case. But there are no Mini-itx motherboards for actual AMD Processors.
So i finally built me a Intel System...
1 Likes, Who?
Xenon 14 Oct, 2015

Are the AMD CPUs really that bad? I use AMD since the Athlon64 series and atm an FX-8150 and can't complain but tbh never benchmarked against a Intel with the same price-tag.

But their GPUs are a real pain. I have one in my laptop. It took 4 years till i could control the backlight after a hibernate-resume. Still crashes when there was attached a VGA-Monitor at some point and then hibernate-resume and takes always two tries to change the resolution after connecting a VGA-Monitor. It always gets it wrong on the first try. Nearly always crashes on resume when i watched a fullscreen YT-Video less then 10 mins before hibernate. And of course the mandatory performance problems.

And even on the windows side it was horrible. The driver was as bad as possible. Visual glitches in nearly every Game newer than 2010. And the official driver installer refused to install a newer version for 3 years because of the Toshiba-brand. Ok with some tricks it was possible but newer bothered about that because i have the PC for serious stuff....

So on the GPU side i really agree with you thats totally their fault.

[EDIT]
In the old days of LAN-Partys i can remember there where always two groups of people. The people playing games and the ATI owners xD
So ATI/AMD worked for several years hard for the mistrust that i would never buy a AMD GPU again.