This is awesome. Argentum Age [Official Site] is an open source collectible card game that supports both singleplayer and multiplayer.

I was told about it some time ago, but I decided to let it bake in the oven a little longer. The developer actually reached out to us about it again, so I took a look. Below is a short video I took, followed by some quick thoughts: 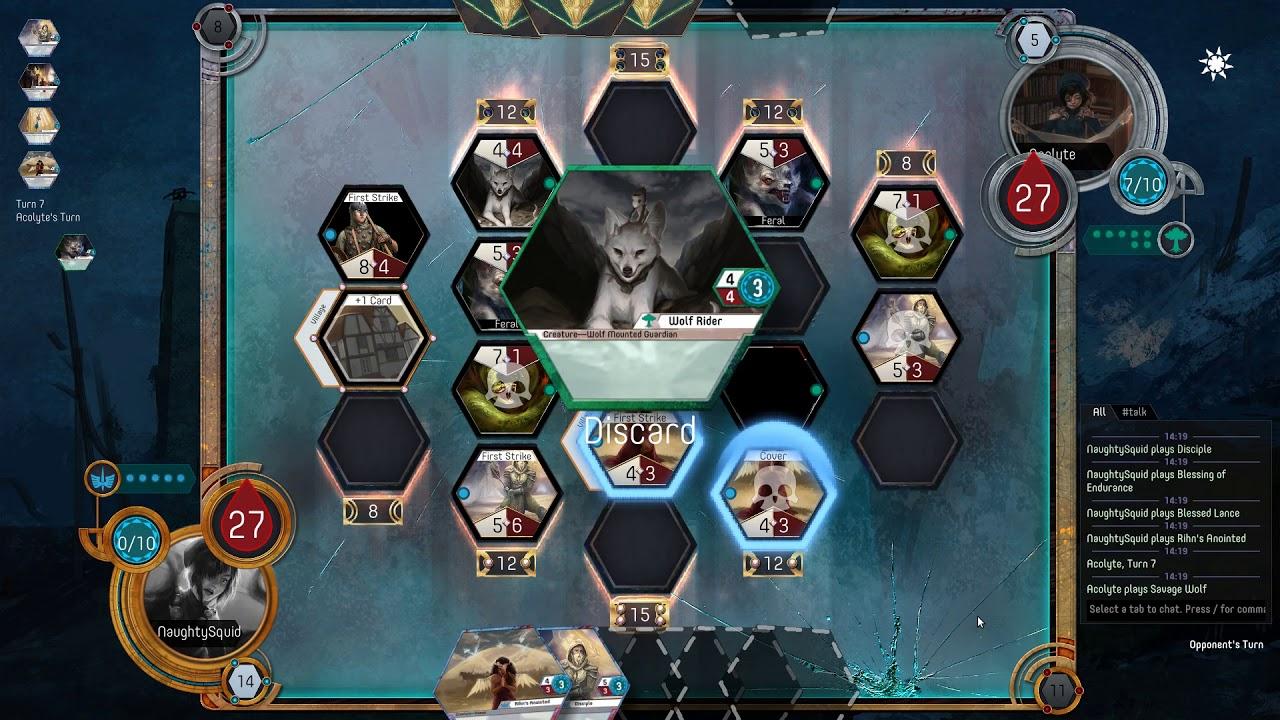 It seems like a pretty well designed game, with some nice art and the gameplay isn't bad at all. Each player has "seals" at the edge of the board, which get broken as soon as one of the opposing teams cards reach it. Each seal has a number on it, when broken that number is then taken away from the players health. On top of that, your card also does damage to the enemy player which can lead to victory if they're powerful enough.

You also have a mana pool to deal with, which is the cost of activating a card. So you can only make so many actions each turn, however, your mana pool increases by one each turn like a lot of other card-based strategy games.

What I like about the combat system, is that you can activate spell cards to deal damage to a player, however, if that player has mana left they are given time to counter it. To me, this makes the game fair to both players, while still keeping people on their toes as you still don't know what to expect from your enemy.

Since it's open source and completely free, there's no micro-transactions at all! A true and proper free to play title. It seems to also have an auto-updater, so download it once and you should be good for quite a while.

If you're interested in hooking up with other players, they have a Discord server. You could also try our Discord, which has a "Players Wanted" room to hook up with people.

If you usually like card-based strategy games, then you might quite like this. Especially awesome that it's free and open source. Honestly, I'm damn impressed and I've actually found it quite fun!

Doesn't look like it.. Easy to d/l and play though. It comes in a tarball... extract it and run run.sh which then downloads some updates and runs the game.. My folder after that is about 88MB.

It seems pretty easy to pick up too (if you've played MTG)
1 Likes, Who?

View PC info
You can get it on itch, it's as easy as Steam, only better.

I'm playing it since april, and really enjoyed it so far. The Discord is also well active.
2 Likes, Who?

I agree with you. After all, this game is created by the creator of Frogatto and Battle of Wesnoth, one of the greatest FOSS game ever made.
2 Likes, Who?

View PC info
It's somewhat similar to Solforge but maybe less complex. I wonder how crazy they'll get with card abilities. Very cool that it's FOSS.
0 Likes

Quoting: Acrophobicthis game is created by the creator of Frogatto and Battle of Wesnoth, one of the greatest FOSS game ever made.

Heh I never really got into Battle for Wesnoth, maybe I should give it another go sometime (if I ever get the time)
0 Likes

View PC info
Just found out about this game today and thought I'd write an article. Searched first and found this post from a few weeks ago. Sheesh... you're a machine, Liam. I missed this because I was recovering from Oktoberfest. To be honest, I'm still recovering!
0 Likes
While you're here, please consider supporting GamingOnLinux on: