Arma 3 Available For Linux In A Beta 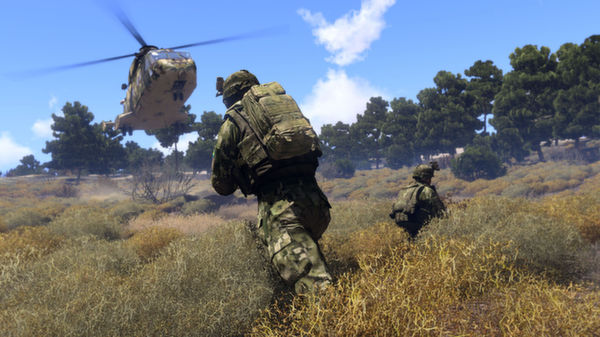 Arma 3 is now downloadable and playable on Linux, but be warned it's early days for the port, and the port may not graduate to official status.

You can find more information on their official port page here. This page will detail limitations and such, and is an important read.

Early reports are encouraging though, with one user noting they are getting a solid 60FPS at 1440p resolution on a 970.

I ordered a copy to play around with, as I was too impatient to wait to see if we could get a key. During my livestream of it I played over an hour, and everything pretty much worked as expected. I was able to get a good solid framerate, and most importantly smooth gameplay on Very High settings on my Nvidia 970.

The game is very CPU heavy, so it's really not for lower-end users, please remember that. It's a hog even on Windows.

Find Arma 3 on Steam, but only buy it if you're prepare to lose access to it on Linux if it doesn't get promoted to stable in future. I hope it works out for both VP and the Arma developers, as it would be a great game to have officially on Linux.

Thanks to a regular Arma 3 player, I was linked to this benchmark mission pack. It gives you two levels to run, and gives you an average at the end. You need to extract them into the Missions folder inside the Arma 3 install directory. From there you can select from from the Scenarios section.

I will be very interested to see your results. Article taken from GamingOnLinux.com.
Tags: Action, FPS, Steam
0 Likes
Share

Good move Liam. I know we have whole wrapper vs native port discussion under every VP related post, and I don't want to start one here. But there is something that we have to admire in VP - Peter Mulholland and his team are trying to respond to every reported issue and they are open to discussion regarding their product (Peter responded to me for one of my issue on 22:30 GT on Saturday :D ). And - what's most important - they are working on their ports and their product - eon wrapper. From my perspective they deserve to be supported by us.

Btw. I wonder - @Liam will your purchase be considered as Linux purchase if game does not have Steam OS logo?

Quoting: GuestEven though my mate who has Arma 3 has his games shared out, I'm not seeing it in his full list of shared games (including Windows games). Very strange...

Either way, definitely not donating to them unless they bring the Linux version. Hope their effort is successful. See no reason why it wouldn't be though considering previous VP ports.

This game is excluded from the Steam sharing service.
0 Likes
Samsai 31 Aug, 2015

Would like to know too, 290x user here. Anyone?

Your friendly neighbourhood idiot with a big wallet is here to save you.
5 Likes, Who?

edo 31 Aug, 2015
View PC info
If the game is bought now, is it counted as a linux purchase? since the game is windows-only on the store. If I had to bet I would say than it will count as a windows key.

Liam Dawe 31 Aug, 2015
View PC info
Samsai also ordered a copy, so he can test on an AMD GPU hopefully.

Edit: Bah, he replied as I was writing my comment.