Note: My copy was acquired with itch press access. 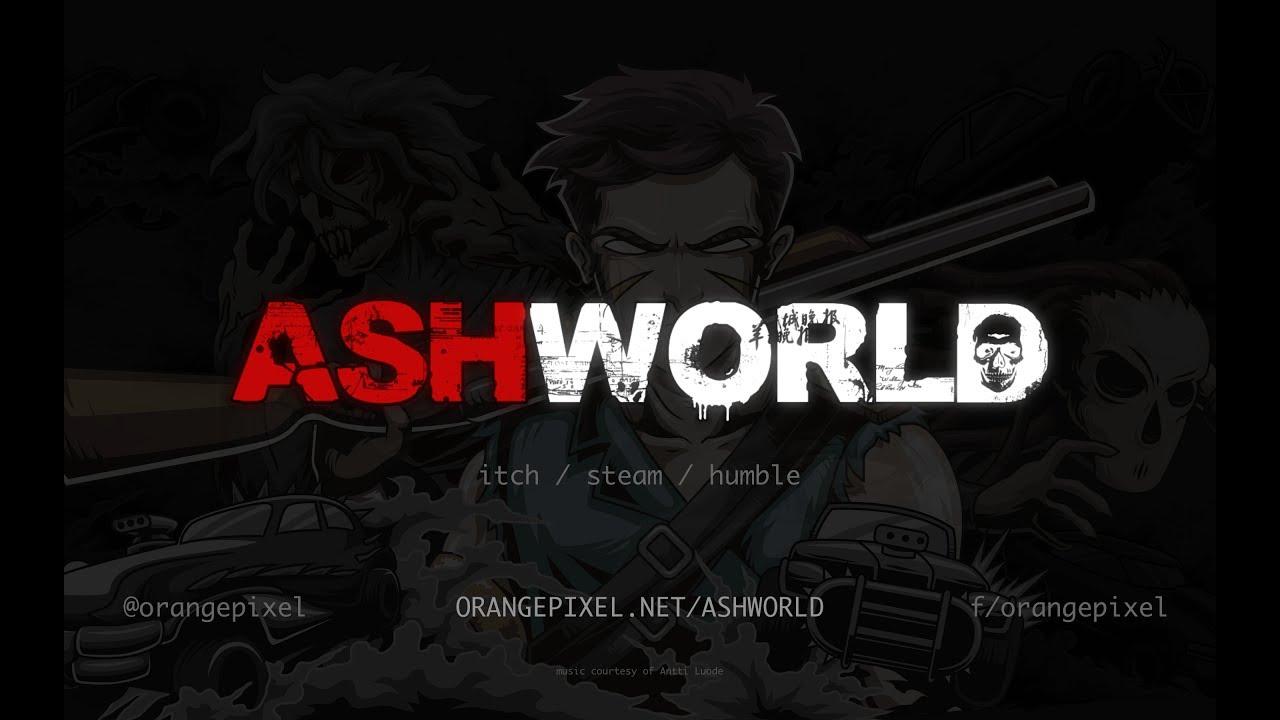 YouTube videos require cookies, you must accept their cookies to view. View cookie preferences.
Accept Cookies & Show   Direct Link
Note: The game is 32bit, so on Ubuntu you will need to install this to even get it running:
sudo apt install libxtst6:i386
Even with that, it still fails to launch from the itch.io client for me, so I have to run it directly.

The problem I usually have with games from Orangepixel is that I love their pixel style, but the gameplay usually falls flat. I'm pleased to say that Ashworld feels pretty damn good overall. I will, however, reserve any final thoughts on it until the official full release, but here's some basic thoughts on how it feels right now before it's completed.

Firstly, the the game tells you it's not finished when it first loads, but the button to get past it feels a bit hidden. Took me a while to realise the "Okay" text in the bottom right since it's dark. I think the developer needs to make that a bit more prominent and allow pressing space or something to continue too.

Don't "do a Liam" and accidentally jump out of your car at night, whilst you're speeding along. Not only will you lose health, but you'll quickly get swarmed by tens of these annoying little critters. They're especially troublesome before you've picked up a gun. Fun to drive over tons of them at night though, as you gather up lots of nice XP.

The driving mechanic is a bit nuts, as the cars seem a little difficult to control when you're going fast. They slip and slide all over the place, but it can make for some awesome gameplay. Do a full speed skid over a bunch of people, watch their blood spread across the wasteland and out you get to nick whatever they have in their pockets.

It has crafting, which you will need to use if you run out of fuel during the night. Camp fires seem to keep those pesky bugger away! A skill system to unlock various useful extras like extra melee damage, improved loot recovery and so on.

It features lots of different cars, story missions as well as "sub-missions" (side quests by another name I assume), plenty of different weapons and more.

I went to save a dog, accidentally jumped out of my car and lost it as it zoomed off before stopping. I was then swarmed by people of the wasteland with a car zipping around and slamming into me, then even more arrived with guns and―death.

So far it seems like a game that I could quite happily put a lot of time into. Plenty to see, plenty to do and lots of people and weird creatures to run over. Enjoyed every minute of my testing so far, which is a good sign for the future of the game.

My favourite game from Orangepixel easily, it feels good, it looks good and driving around is awesome. It ends up feeling like a cross between Borderlands and Mad Max and that's pretty great.

View PC info
It runs fine for you?

It crashes for me with some Java manifest missing in the bundled JRE. Submitted a bug report (which itch.io makes super easy thankfully), so let's see. =)
0 Likes

Quoting: michaIt runs fine for you?

It crashes for me with some Java manifest missing in the bundled JRE. Submitted a bug report (which itch.io makes super easy thankfully), so let's see. =)

As mentioned, you need that 32bit lib at the top of the article, otherwise it doesn't run without it. Even with it, you need to launch it directly (not through itch client). I had the same problems until I did that, developer has been made aware of it.
0 Likes

Quoting: michaIt runs fine for you?

It crashes for me with some Java manifest missing in the bundled JRE. Submitted a bug report (which itch.io makes super easy thankfully), so let's see. =)

As mentioned, you need that 32bit lib at the top of the article, otherwise it doesn't run without it. Even with it, you need to launch it directly (not through itch client). I had the same problems until I did that, developer has been made aware of it.

Quoting: michaThose who read clearly have an advantage.

Or, as Mark Twain (supposedly) said: "The man who does not read has no advantage over the man who cannot read."

View PC info
So is this a roguelike, or are the missions and world static, and is there a save function?

View PC info
Will wait for full release , but nice to hear this might be fun.
0 Likes

View PC info
This was officially released (so out of EA) yesterday. Time to buy it!
0 Likes
While you're here, please consider supporting GamingOnLinux on: