Aspyr Media Are Close To Breaking Even On Linux Ports 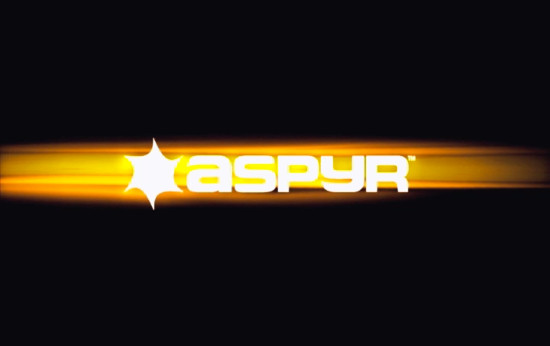 Aspyr Media, who are one of our favourite developers, has noted on reddit that they are getting close to breaking even on their Linux ports.

If you are living under a rock: Aspyr ported Borderlands 2, Borderlands TPS, the latest two Civilization games and the newest Geometry Wars to Linux.

They were summoned to the big Linux reddit to make some comments about their porting.

Aspyr_BlairIts always fun to be summoned :)
Great post, and we cant thank you enough for the support.
Because of that support, I'll go ahead and lay it out for you.
We are close to breaking even...which is a HUGE win in our eyes!
As many of you have guessed, we are making a long bet here with Steam Machines. And yes, if it werent for Valve we wouldnt be doing it because we knew in the current market, break even was the best we could do (which is exactly why adoption has been scarce for Linux). What Valve is doing is creating a platform. Sure it will be a small one, but Aspyr has been the experts at small platform development for over 17 years. We are really good at it, and we will be really good at Linux in time.

How can you help? Keep being the amazing community you guys already are. Buy on Linux and ONLY Linux. Wait for the Linux version if you can. Buy directly from us if you can (GameAgent). Help us understand the wild west of distros, and be understanding when we cant possibly support all the permutations. More importantly, root for Valve and Steam Machines even if you know as a core Linux user you will likely stay open source with your rigs and distros. Its the ONLY way Linux gaming will move forward.

Sadly, another reddit post appeared on the Linux Gaming reddit from a user who said they needed Steam Machines to be profitable, and Aspyr shot that down:


Aspyr_BlairAw come come now. Your twisting my words a tiny bit. I said break even, and break even is solid given we have only been doing it for less than a year. Its entirely possible that we could be profitable on our Linux work without Steam Machines in time.
What I said specifically was, its likely we wouldnt have jumped in if it weren't for Valve.
Its a bit like one of your really good friends saying "hey, we are gonna do this thing and we think you would be good at it and can help, wanna come?" And we were like..."sure, been thinking about it for a while!"

After we have seen lots of developers think there is no money in it, this is pleasing to see.

Breaking even, and going into profit means there is a point in continuing to port titles for Linux, which is important, obviously.

I imagine when they get around to porting more titles that haven't been out on Windows for years they will see more profit, as the chances of Linux gamers already having a copy would diminish the newer it is (hopefully). They will also see more gradual sales over time, from Linux users here and there, so it's all up from here.

QuoteBuy on Linux and ONLY Linux. Wait for the Linux version if you can.

View PC info
Buy only on Linux +999
Only buy from the *native* Linux Steam client, not the Windows one through WINE (or dual boot)
1 Likes, Who?

View PC info
Awesome! Glad to hear it. I've already been off the pre order bandwagon for most of 2014 and am really advocating it for 2015 after the slew of crap that came out in H2 2014.. some of which is still crap even after months. I'll buy anything made by Aspyr that I want from their shop for sure! I had already pre ordered BL:TPS (the borderlands series is an exception to no preorder for me, until they botch a release that is) before I knew it was coming from them, but I did purchase the season pass from GameAgent.

Eike 16 Jan, 2015
View PC info
Great news! That means Linux is able to fill their family's tables, and that is very important!
1 Likes, Who?

View PC info
I find it very good to hear that they are going to break even given that most of their ports are of games that have been out for over a year.
1 Likes, Who?

View PC info
Breaking even on games that have been released for awhile is huge. I wanted to support them for both Borderlands ports despite already owning the second one, so I bought two copies of The Pre-Sequel and sent one to a friend. I hope to be able to continue to support them as they begin working on even more games that aren't already in my collection from my dual boot days.
3 Likes, Who?

Does anyone know if it's DRM-free there or not?
0 Likes

Quoting: minjWell to be honest I was hoping they were past that point already

As had I. But this is still positive as the Steam Machine(s) is/are going to be the first console released with a user base large enough to cover porting costs before it's even available to order. As the growth of the platform is likely/expected to be slower than launches from the big three this is going to be reassuring to companies on the fence on whether to support the platform.

Does anyone know if it's DRM-free there or not?

I'm not aware of any of the ports including DRM, I'd not have supported them if they had. See/check the listed system requirements before purchasing (basically it's the same as ordering from Steam just without Valve taking a cut).
0 Likes

Does anyone know if it's DRM-free there or not?

If the game itself needs Steam to function and you define Steam as DRM, then these games not DRM-free, no.
1 Likes, Who?
1/4»
While you're here, please consider supporting GamingOnLinux on: