A simple reply to a tweet is probably the most positive indication that we have seen yet for Civilization VI [Steam] actually releasing on Linux. 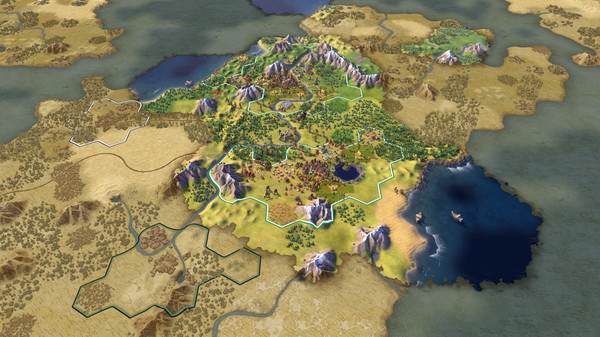 While we know that Aspyr Media are behind the Linux port of Civilization VI, their previous communication in public was a little concerning in regards to it actually seeing a release. It seemed they were having issues with it, when they said about getting the game to "perform to our standards".

It's possible we may see the light at the end of the tunnel:

@draxil Absolutely. We won't keep you guys in the dark... But it's looking good, so don't count us out yet. :D

That was in reply to a user asking about a Linux version.

Thanks, reddit. I will keep you posted if I hear any more on it.

We do often include affiliate links to earn us some pennies. We are currently affiliated with GOG and Humble Store. See more here.
About the author - Liam Dawe
I am the owner of GamingOnLinux. After discovering Linux back in the days of Mandrake in 2003, I constantly came back to check on the progress of Linux until Ubuntu appeared on the scene and it helped me to really love it. You can reach me easily by emailing GamingOnLinux directly.
See more from me
Some you may have missed, popular articles from the last month:
The comments on this article are closed.
16 comments
Page: 1/2»
Teodosio 8 Nov, 2016

My wish for next time is to see the GNU/L version released before the Mac one.
For the following one, no Mac at all.
Perhaps one day we may get rid of Doze as well...?
2 Likes, Who?

View PC info
I really hopes that it releases for Linux in the end, even if as all the other civilizations games takes some years to improve and mature with expansions.
2 Likes, Who?

Mountain Man 9 Nov, 2016
View PC info
I think Civ V plus expansions will keep me happy for a long time yet. Besides, the Civ series just seems a bit shallow to me now that I've gotten hooked on Paradox's grand strategy games. I think if you deleted my entire Steam library except for Crusader Kings II, Europa Universalis IV, Hearts of Iron IV, and Stellaris, I'd still be happy.

View PC info
I'm glad you're following this lead and keeping everyone posted.

When they pull it off I'm sure everyone will grab their wallets and pull the trigger to give it a shot.
4 Likes, Who?

View PC info
I'm just very curious to know what exactly it is about CivVI that is so difficult to port to Linux that they haven't already ported to Mac? Is this really a technical issue or is this more an issue of skills?
0 Likes

View PC info
I guess it's the typical driver overhead and maybe audio Middleware. Just an assumption so far. Maybe you could ask them via Twitter or reddit?
0 Likes

Quoting: SgtRomeo9I'm just very curious to know what exactly it is about CivVI that is so difficult to port to Linux that they haven't already ported to Mac? Is this really a technical issue or is this more an issue of skills?

Every platform has its own set of issues, drivers perform differently on every platform and have their own platform-specific issues to work around.

There's a lot more to it when you're dealing with projects as big as Civ to say indie games.
0 Likes

View PC info
Or, more mundane, money. They'll have a certain budget available, and given that in software development one has to expect unexpected issues, they might still be investigating if they have enough money (what directly translates into time) available to do a high quality port.
0 Likes

View PC info
Hope so, the light at the end of the tunnel.
Maybe with Vulkan support ;)
0 Likes
1/2»
While you're here, please consider supporting GamingOnLinux on: