I arrived at Magmos station with only a few thousand credits in hand. It is not a small station. There is a market and a hangar for the local mercenary guild. I came seeking a new life in this sector and determined it should begin with a new ship. The only one I could afford was some Vex clunker, not a whole lot of room, slow and unwieldy. But it worked at least. With it, I also bought some mining equipment as the locals had boasted how mineral rich this system’s planets had proven to be. 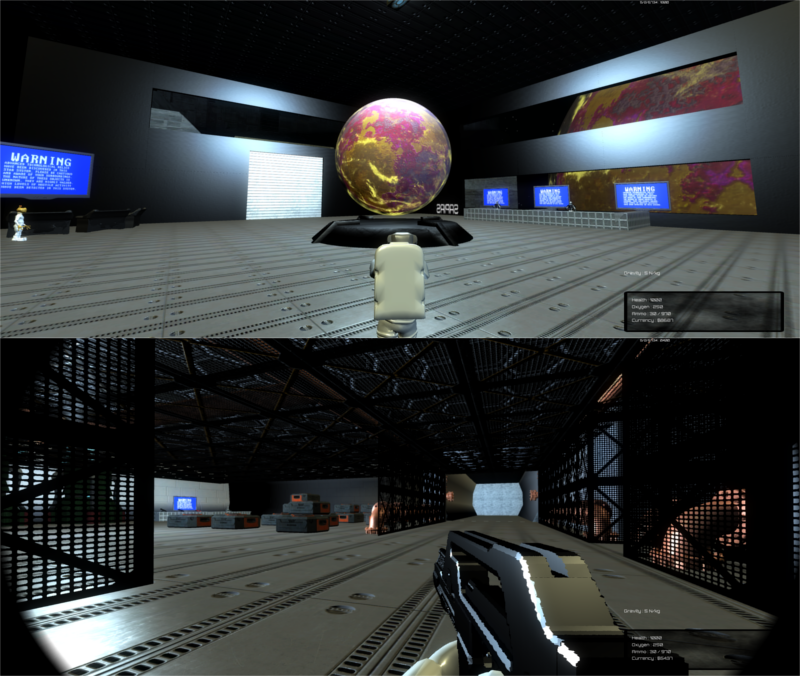 The landing pads where busy with other ships arriving and departing. I hastily summoned my new Vex Cruiser, packed up and launched toward my destination: planet Agoros. The trip was surprisingly uneventful with no sign of the pirates which a mercenary guild member had warned me of before departure. I made a safe landing after passing through the thin atmosphere. Agoros is a blue world, sprinkled with large fungal vegetation. I wasted no time deploying my mining apparatus. 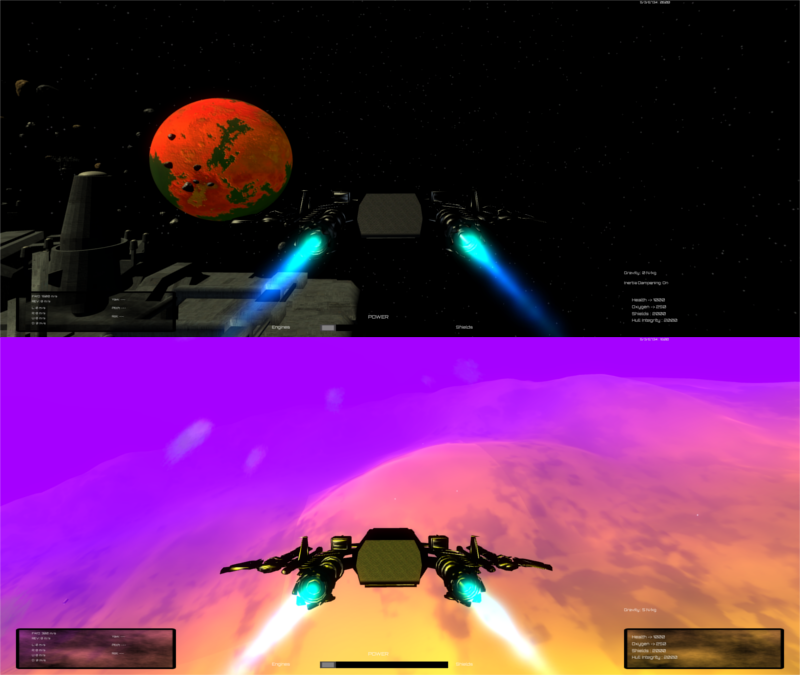 But the expedition came to a quick halt as I painfully realized I had forgotten to purchase generator fuel back at Magmos station. I made a sullen trek back toward my hovering Vex Cruiser only to find it under assault by some bipedal abomination. Luckily I had made one good purchase that day, an assault rifle which made quick work of the beast clearing me to leave.

Without the ability to mine, I took up shipping cargo between space stations for cash. On the second cargo run, fate had caught up to me when pirates ambushed me along the inner asteroid belt. The weaponry on my clunker was sufficient to destroy two of their fighters. However, the remaining pirate seized opportunity on the state of my wasted shields and promptly destroyed my hull leaving me to float E.V.A. in my pressure suit surrounded by the shatters of my clunker. Sapias space station was only a few hundred kilometers away and I thought maybe, just maybe, this E.V.A. suit can propel me the rest of the way with only 250 oxygen… 240 oxygen… 230… okay maybe the station was a few thousand kilometers away. Only moments later I suffocated to death alone in the expanse.

I awoke on Sapias station as though nothing had happened. Was it all a dream? I was promptly informed that I had been cloned and that I had received an insurance payout for my Vex Cruiser. A payout which added just enough to my savings to purchase new mining gear and even an Ethrel Warhawk. The new ship proved exemplary for making cargo runs and for salvaging goods from derelict spacecraft. Ultimately though, my aspirations laid in finally building that lucrative mining station planet-side.

The flight to Sapias was much shorter, boosted by the advanced engines in my new Warhawk. I was pleased to find the surface dotted with habitats. Surely, Sapias should be safer to conduct mineral extraction. The new gear was handily deployed right outside the habitat of a friendly alien whose species I met back on Magmos station. I fired up the machinery and began deep extraction; crystal, iron and other ores pumped at an astonishing rate. I was rich!

Of course, there are murmurs that uncharted jump points exist from this system to others. There is a freakish anomaly far from the core planets which I am too fearfull to poke at. Perhaps once I have amassed enough wealth, gear and a titan class starship I may indulge in those rumors. For now, I am just an asteroid belt trucker, the last of the cowboys.

Redshift 7 is a game made in the Unity engine. A lot of it's charm comes from the home-made feel of the whole project. Given everything you can do in Redshift 7, I like to consider it a sort of poor man’s Star Citizen. The game is available on itch.io for dirt cheap ($1.99) and I was unable to find it on any other storefronts. Some key aspects which Redshift 7 boasts are:

You can see some gameplay from the developer below: 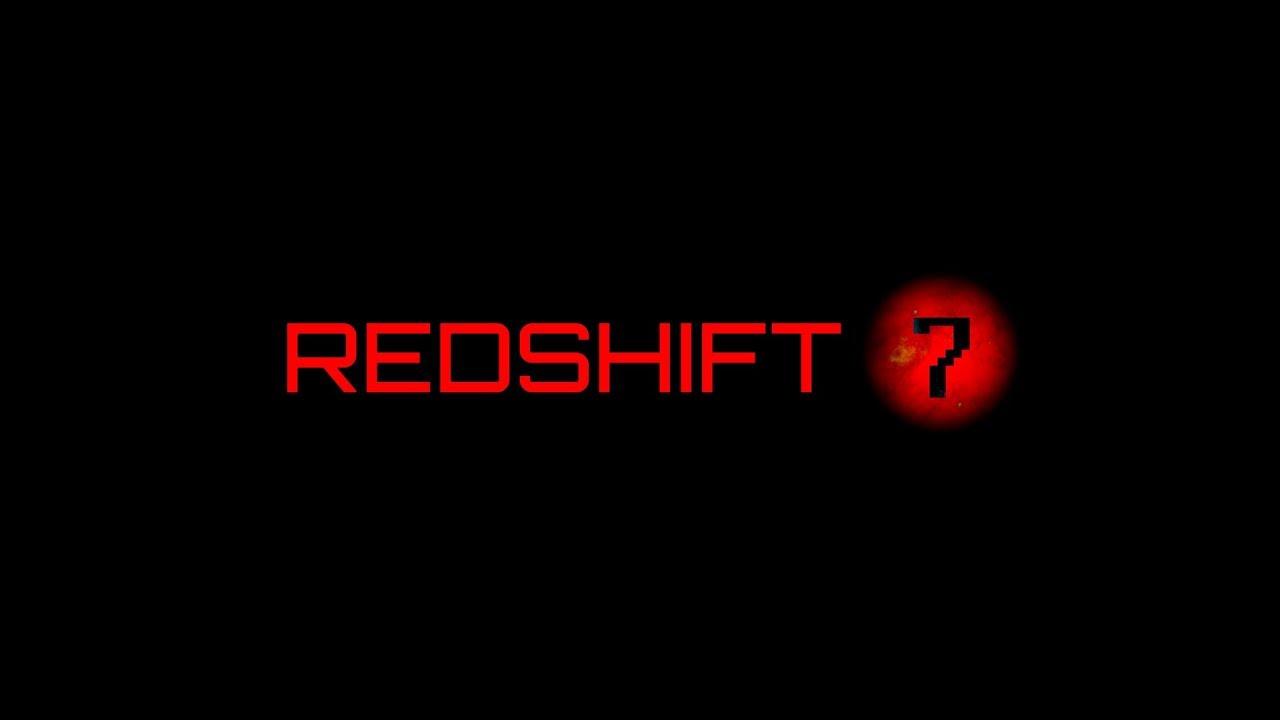 YouTube videos require cookies, you must accept their cookies to view. View cookie preferences.
Accept Cookies & Show   Direct Link
Article taken from GamingOnLinux.com.
Tags: Action, Adventure, Indie Game, Itch.io
4 Likes, Who?
We do often include affiliate links to earn us some pennies. We are currently affiliated with GOG, Humble Store and Paradox Interactive. See more here.
Some you may have missed, popular articles from the last month:
The comments on this article are closed.
13 comments
Page: 1/2»
shawnsterp 12 Feb, 2018
hmm, well, I bought it. Never bought anything from itch.io before. It does not recognize any input from my mouse. Any ideas?

Alright, apparently a bug with unity. Work around found from developer: https://itch.io/t/67718/how-to-run-the-game

View PC info
My first question with any first-person game is does it have adjustable FoV? Alternatively, is it set to 90 or above by default?
0 Likes

shawnsterphmm, well, I bought it. Never bought anything from itch.io before. It does not recognize any input from my mouse. Any ideas?

Alright, apparently a bug with unity. Work around found from developer: https://itch.io/t/67718/how-to-run-the-game

The developer needs to update their version of Unity, it's a well known and old bug.
0 Likes

KelsMy first question with any first-person game is does it have adjustable FoV? Alternatively, is it set to 90 or above by default?

Field of View is one of the first options. I think it is global, not just for first person mode.
0 Likes

KelsMy first question with any first-person game is does it have adjustable FoV? Alternatively, is it set to 90 or above by default?

Field of View is one of the first options. I think it is global, not just for first person mode.

Excellent. I might just need to give this a try then.
0 Likes

View PC info
Woah, what an awkward game to play so far. Not sure what any of the keys do and I got stuck trying to get into what I assume is my ship. Or maybe it's not my ship, idk. The game is pretty unclear where I'm supposed to go and minor stuff like how much money I have.

Getting the same problem as shawnsterp too, which annoys me.
0 Likes

View PC info
Not bad. I see a clear influence of Freelancer. And available on itch.io? I'll probably buy it.

View PC info
WOW. Seems my type of game, and so cheap. Bought it immediately. Also installed the itch application through their repository.
0 Likes

View PC info
Bought the game, played it a bit, still laughing my ass off. It's so trashy, and at the same time so innovative, complex and fun! The graphics are horrible, blocky and prone to clipping problems, the interface is clunky and unintuitive, but at the same time the freedom to do stuff is unprecedent, the universe is very rich, the game is immersive. Is this made by only one person? This guy or gal is a mad genius, that's what he or she is! I still have to play it further to explore the obviously very emergent gameplay, but I would highly recommend it to anyone who does not matter struggling a bit with the interface (it seems you cannot "quit" (save) the game while in the ship, you have to exit to space to do that) or the graphics but want a rich space adventure. And I still haven't even landed in a planet...

If you buy it, first read the in-game tutorial. It's essential.

View PC info
Well, gave it another try. This time I was successfully able to figure out how much money I had, and actually got into my ship and learned the basics of how to drive. Then I floated around because I have NO CLUE where I'm supposed to go. Autopilot didn't help, it just said "coordinates set" but nothing on my screen changed otherwise. No markers, no HUD for that stuff, nothing.