By flesk - 22 December 2015 at 11:59 pm UTC | Views: 11,872
The story driven puzzle platformer is now officially available for Linux on Steam with the Foxtales DLC and is currently on sale. 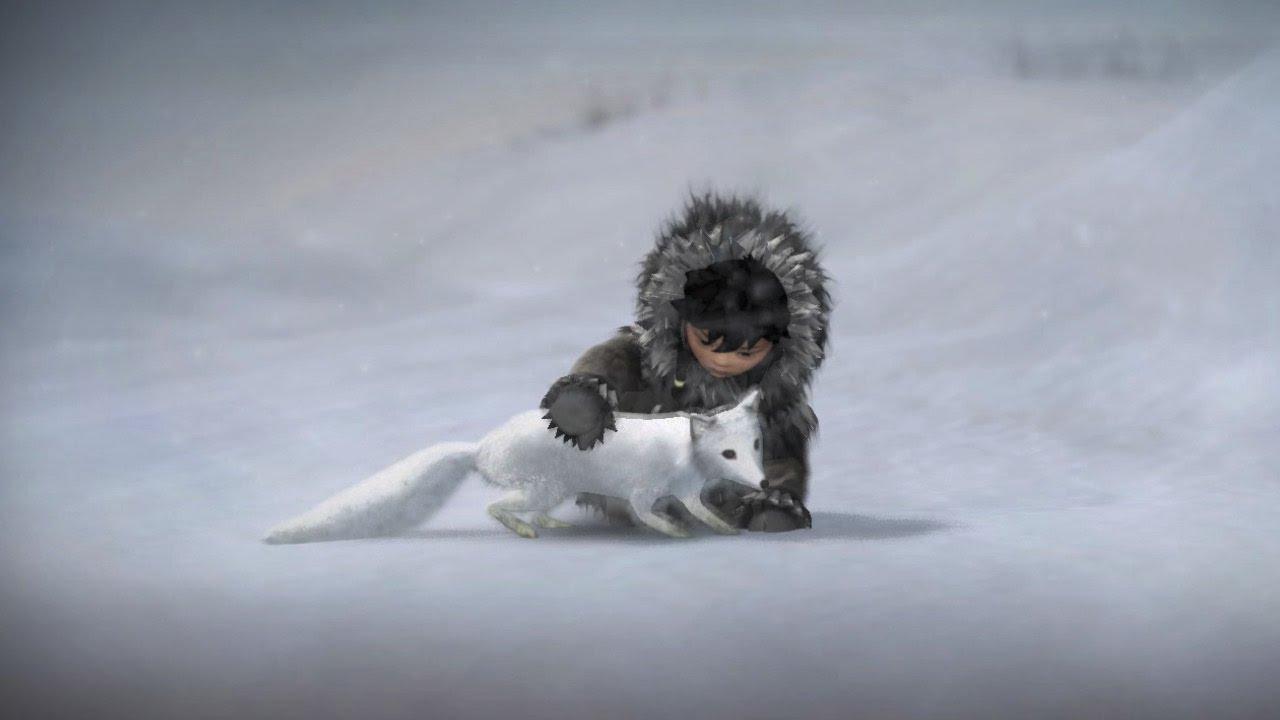 YouTube videos require cookies, you must accept their cookies to view. View cookie preferences.
Accept Cookies & Show   Direct Link
Never Alone has been developed in collaboration with Alaska Native people the Iñupiat, and the game is based on their stories, which they have shared and kept alive across generations. You also unlock video clips as you play, where members of their community share stories which represents their culture.

The game plays as a cinematic puzzle platformer with optional co-op play on an extra gamepad. If you choose to play alone, you can switch between the protagonist Nuna and her friend Fox at will. The arctic fox have longer jumps than Nuna and can scramble up walls, while Nuna is able to pull certain objects. They also have other abilities, which come into play a short while into the game. There are also enemies in the game, which has to be outsmarted or outrun, like the polar bear you encounter early on in the game.

I've played about half an hour of the game, and it works well for me on Linux. Snow is sometimes black with an Intel GPU though, but it's not listed as being supported, and I haven't had any issues with Nvidia.

This is a game I've hoped would come to Linux since it was released for Windows last year, and I'm enjoying it a lot so far. There's no DRM free version available for Linux yet, but you can find Never Alone on Steam, where there's also a collection with soundtrack and DLC.

About the game (from Steam)
I know another story. I heard this one from Panik. There were two friends. One of them was a good fighter in Inupiaq games, and a good hunter. One was a good swimmer. The two friends were brave. Whenever they would cross the sea, they would use only willow as their boat paddles...

Travel across open seas, swim through the ruins of a sunken village and paddle up the Noatak River on a mission to rescue a new friend. You’ll need all your wits and the skills of both companions to survive the dangers of the swirling currents, fierce creatures and hidden underwater hazards of the Alaska coast. Only by working together can Nuna and Fox save their friend and defeat an unexpected foe.

Foxtales features three all new levels full of environments to explore, puzzles to solve and enemies to face. Developed in partnership with the Alaska Native community, Foxtales reminds us that some challenges are best faced together and that even the smallest among us deserve respect.

View PC info
Nice. Can somebody confirm that this is a native port?
3 Likes, Who?

View PC info
Yes, it runs on the Unity3D engine and is native.

The store page doesn't say, but there's no 32-bit version.

View PC info
Bought! Not quite sure about this one but I've had it on my wishlist for quite a long time so I guess I must have heard/read something good about it at some point.
2 Likes, Who?

Did you play the game or are you saying that based solely on the trailer?
1 Likes, Who?

View PC info
I've already got the game on GOG - hopefully the Linux version comes there as well!
0 Likes

jotomo 23 Dec, 2015
View PC info
@humer010: Waiting for that to happen to. I'm positive that it will happen, probably not this year though. The Linux version of Hacknet was released on Steam on the 18th and it popped up on GOG today.

I played the game (sans the addon) on Windows a while back. The difficulty varied a bit, some places were a bit annoying, requiring lots of retries, while other parts could be rushed through. Not too frustrating though. Overall a nice little gem with a nice atmosphere and story. The jump and run stuff was okay, nothing special I guess. Gonna play it again sometime.
1 Likes, Who?
Ulukai 24 Dec, 2015

View PC info
Looks very nice. Picked it up to play with my son.
1 Likes, Who?

View PC info
Just bought, I hope it's good.
1 Likes, Who?
1/2»
While you're here, please consider supporting GamingOnLinux on: