I've now spent some time with the recent Early Access release of ATOM RPG [Steam, Official Site], here are my thoughts on the experience.

After initially skipping over it when I wasn't too well and I didn't want to constantly read, I set some time aside to livestream some of it. You can see a slightly cleaned up video of that below: 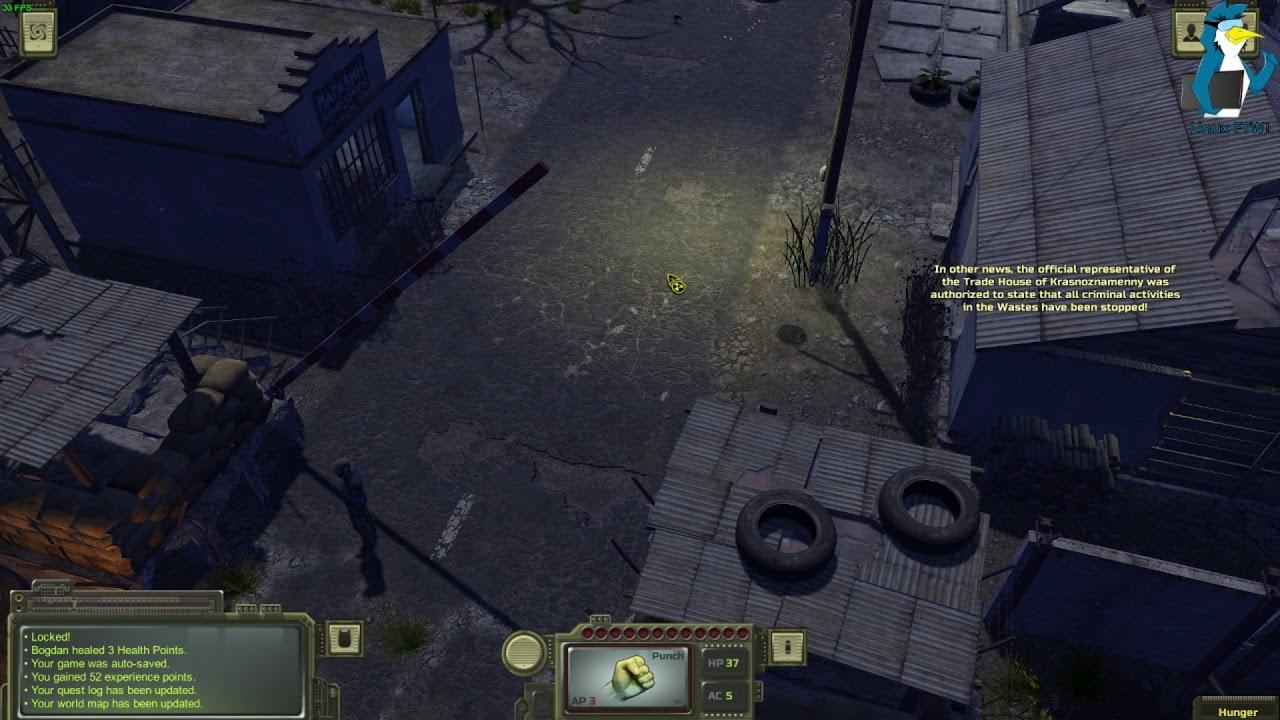 Since then, I've plenty more time into it and I haven't really changed my mind on how rough it feels. It's promising, since it looks quite good graphically and it has a lot of the basics in good shape. The UI, for example, is a rather clear and it can be scaled easily for those like me who find reading tiny text an issue. Loading time is also really fast between sections of the game, loading a saved game for example takes a couple seconds, so there's very little waiting around which is really great.

It is missing a lot, like the settings menu being extremely limited and you can't access any settings once actually in a game either. There's no input key list, no way to change them, no way to adjust sound volumes or anything like that. In terms of content, it feels pretty lacking there too. There's some, but it feels a little too empty. Sure, it has a few areas to explore, but some of them are really small and don't really do anything.

The trading system is also in need of being clearer for new players, while playing it I assumed it was broken, as there was no part of the UI to show how much money you have. It turns out money is an item, one you need to specifically pick from a trader, unless you're trading directly for items. An interesting system, but something that just isn't explained at all. They're currently assuming players will already know the system which is like the original Fallout games.

To the developers credit, they've been really responsive to feedback and quick to respond. They're aware their English translation could use some work and they're getting to it.

I will keep tabs on this one and likely cover it again when it's further along. For now, it's just too early to outright recommend, but it does show a decent amount of promise.

Quoting: liamdaweThey're currently making too many assumptions on people already knowing such a system.

Quoting: liamdaweThey're currently making too many assumptions on people already knowing such a system.

Correct, I've done an adjustment on the text to be clearer.
2 Likes, Who?

View PC info
I might be a bit of a weirdo but I find very difficult to enjoy a game with a set up that is almost a copy of another one that I have played before. The game could be fun, or even better, but I just can't help it.
0 Likes
Guest 4 Dec, 2017
Nice play through.This wasn't on my radar until recently, as a fallout fan im watching this one.
1 Likes, Who?

View PC info
I'm stoked about what I've seen so far. Keeping in mind that this is definitely an early access title, I'm unfazed by its current rough state, and I fully expect all of its current technical shortcomings will be certainly be ironed out before final release. My only real concern is the amount of gameplay we can expect in the final product. I want a big world to explore! :)
0 Likes
Ketil 4 Dec, 2017
View PC info
I don't think fallout 1 explained money either, although in fallout 2 I found the in-game explanation from the elder good enough and fallout 2 generally was easy enough to grasp to not require playing fallout 1 first. I didn't try fallout 1 until years after I played fallout 2. Fallout 2 has a much improved game engine, although the story might be better in fallout 1.

It does not make sense for the main character in atom rpg to not know about money so it does not make sense to explain it to the character. I think it would be best to include those things in a skippable tutorial before the scene where you are robbed since the explanation itself is out of character knowledge, and it is annoying to need to replay the tutorial each time you start over. That being said I think the robbing scene should be skippable too.

Fallout 1/2 dealt with the outsides of the map by not allowing you to scroll further than what they had basic graphics for. Generally there were not too much to see outside the map, mainly plain ground, and it had limited scrolling. Also not allowing rotations made stopping you from scrolling too far easier.
0 Likes
While you're here, please consider supporting GamingOnLinux on: