Atom Zombie Smasher is being updated, Linux version to finally come to Steam 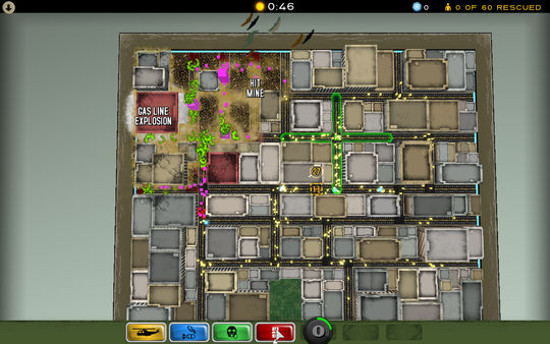 I spoke to Ethan on twitter who confirmed he was behind it:

Take command of your mercenary forces in Atom Zombie Smasher. The zombie apocalypse is upon us and it's up to you to evacuate everyone before they fall prey to the undead.

Conduct massive rescue operations with a helping hand from snipers, artillery crews, orbital bombardments, and more. Experience the tactical richness of fully-destructible environments and procedurally-generated campaigns. And when the apocalypse ends, create your own game mods and share them with the Online File Share.

For those who don't remember it, the game was released for Linux originally in January 2011. It was then added as a bonus game to Humble Indie Bundle 3, so a lot of people likely already own it.

Article taken from GamingOnLinux.com.
Tags: Indie Game, Steam, Strategy, Upcoming, Zombies
0 Likes
We do often include affiliate links to earn us some pennies. We are currently affiliated with GOG, Humble Store and Paradox Interactive. See more here.
About the author - Liam Dawe

I am the owner of GamingOnLinux. After discovering Linux back in the days of Mandrake in 2003, I constantly came back to check on the progress of Linux until Ubuntu appeared on the scene and it helped me to really love it. You can reach me easily by emailing GamingOnLinux directly.
See more from me
Some you may have missed, popular articles from the last month:
The comments on this article are closed.
5 comments
Teodosio 28 August 2016 at 3:50 pm UTC

Wonderful news, I was looking forward to this.
0 Likes

View PC info
This is wonderful! One of the games I miss from back when I still had a Windows machine.
0 Likes

View PC info
I played this game @ a bar in Brooklyn awhile back. It was one of 8 games selectable @ a table-cade. Had a lot of fun letting my food get cold.
1 Likes, Who?

emphy 29 August 2016 at 1:26 am UTC
Thanks for reminding me; I still need to play this (among the other bajillion humblebundle games is still have...)
0 Likes