Atomic Reconstruction, a puzzle game about fusing and splitting atoms

Atomic Reconstruction [Steam, itch.io] is a simple-looking puzzle game about splitting and fusing atoms to complete each level. The Linux version launched in January, so it's likely a lot of Linux gamers missed it. 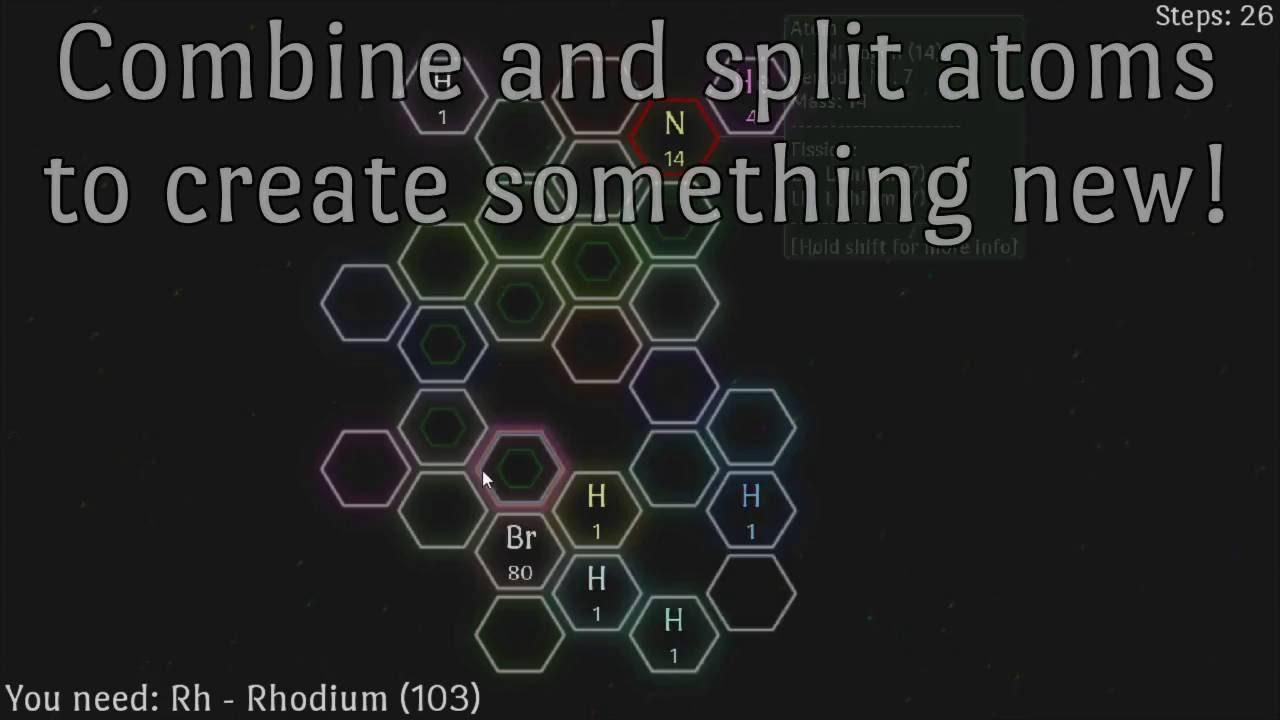 I've tried it and it does work pretty well, but for me it's a lot of trial and error since even my basic chemistry is pretty poor. Was always my favourite subject many years ago in school, but our school system for science was pretty poor.

For each level you're given the task of creating a particular element and you have some already placed on the grid. You will be splitting them up and combining them together to hit the goal in as few steps as possible. The key to the game isn't just counting numbers to make the element, but splitting elements as close to what you want to fuse together as possible, since every single movement on the grid counts towards your overall steps counter.

Going by this post on the Steam forum it's not completely realistic, as that would have hurt the actual gameplay (and make it far more complex I imagine).

Might be something for those of you who like puzzle games and science mixed in together. Article taken from GamingOnLinux.com.
Tags: Casual, Itch.io, Puzzle, Steam | Apps: Atomic Reconstruction
4 Likes, Who?
We do often include affiliate links to earn us some pennies. We are currently affiliated with GOG, Humble Store and Paradox Interactive. See more here.
About the author - Liam Dawe

View PC info
Huh! That looks kind of interesting. And cheap, too. Time to put my periodic table shower curtain to good use!
0 Likes