Atomic Society recently entered Early Access on Steam and the developer Far Road Games said it will be coming to Linux.

What's interesting, is that even though users have been talking about playing it using Steam Play, the developer made it clear they're working on a native Linux build. On the Steam forum, they said "Yep, official support is planned as soon as we're a bit more on top of the content with the Windows version (being a tiny team we prefer to limit our debugging focus to 1 version at a time).".

Really good to see that, sounds like an interesting game. 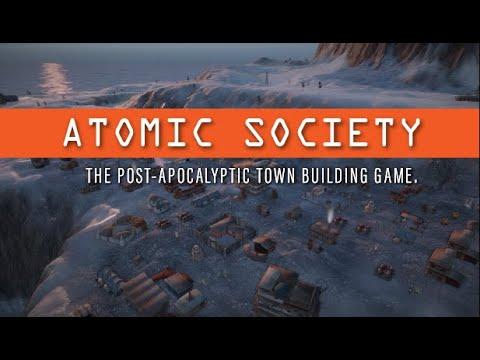 Sounds like it has a bunch of interesting features already, include dealing with crime, judging social issues in your society, fight against outsiders, custom difficulty settings and so on.

From the early reviews, it seems to show quite a lot of promise while having a fair amount of rough edges. That's fair enough though, this is what Early Access is for.

Find out more and wishlist on Steam. Wouldn't hurt to let the developer know in the Steam forum post if you will actually pick up a copy when the Linux version is live.

Fakeman_Pretendname 16 Nov, 2018
View PC info
I'd forgotten about this one - it's been on my wishlist for a long time. Finding now it at least runs on SteamPlay/Proton, and with a native port due, I quite fancy buying it pretty soon. In terms of encouraging future Linux compatible releases, would you recommend waiting until an official native Linux release, or to get it now to play via SteamPlay?
0 Likes
morgancoxuk 16 Nov, 2018
View PC info
Useful for people living in the UK
5 Likes, Who?

finaldest 16 Nov, 2018
View PC info
I picked up this one recently through steamplay.

The game runs fine through proton with the exception that the player character and NPCs are not visible on screen. I tried on both manjaro and mint without success so I am glad we are getting an official port.
0 Likes

Quoting: finaldest[...] with the exception that the player character and NPCs are not visible on screen

Quoting: finaldest[...] with the exception that the player character and NPCs are not visible on screen

Thank you very much.

This worked a treat. I can jump into this over the weekend.
0 Likes

lemoncitron 16 Nov, 2018
View PC info
This seems very similar to Banished, and speaking of reading through shining rocks devlog it seems hes already onto his next game
0 Likes

Quoting: morgancoxukUseful for people living in the UK

View PC info
Put it on my wishlist. This kind of game is usually instabuy for me. Especially as this one seems to be kind of unique in regards of society elements and the punishment. Really interesting.
0 Likes

View PC info
I've been following this game and was disappointed that they pushed back the Linux version, but I'm gonna wait for it. On the bright side we'll probably get the game with more features!
0 Likes
While you're here, please consider supporting GamingOnLinux on: