By Liam Dawe - 27 March 2017 at 6:48 pm UTC | Views: 11,905
The really fun FPS Ballistic Overkill [Steam] has now officially left Early Access with a patch. The developers have stated they intend to continue adding to it and have major features in development.

With the new release they have added a bunch of paid DLC skins, a free female skin for the Shadow class with more classes to get a female skin in future, a bunch of balance changes and some general bug fixes. 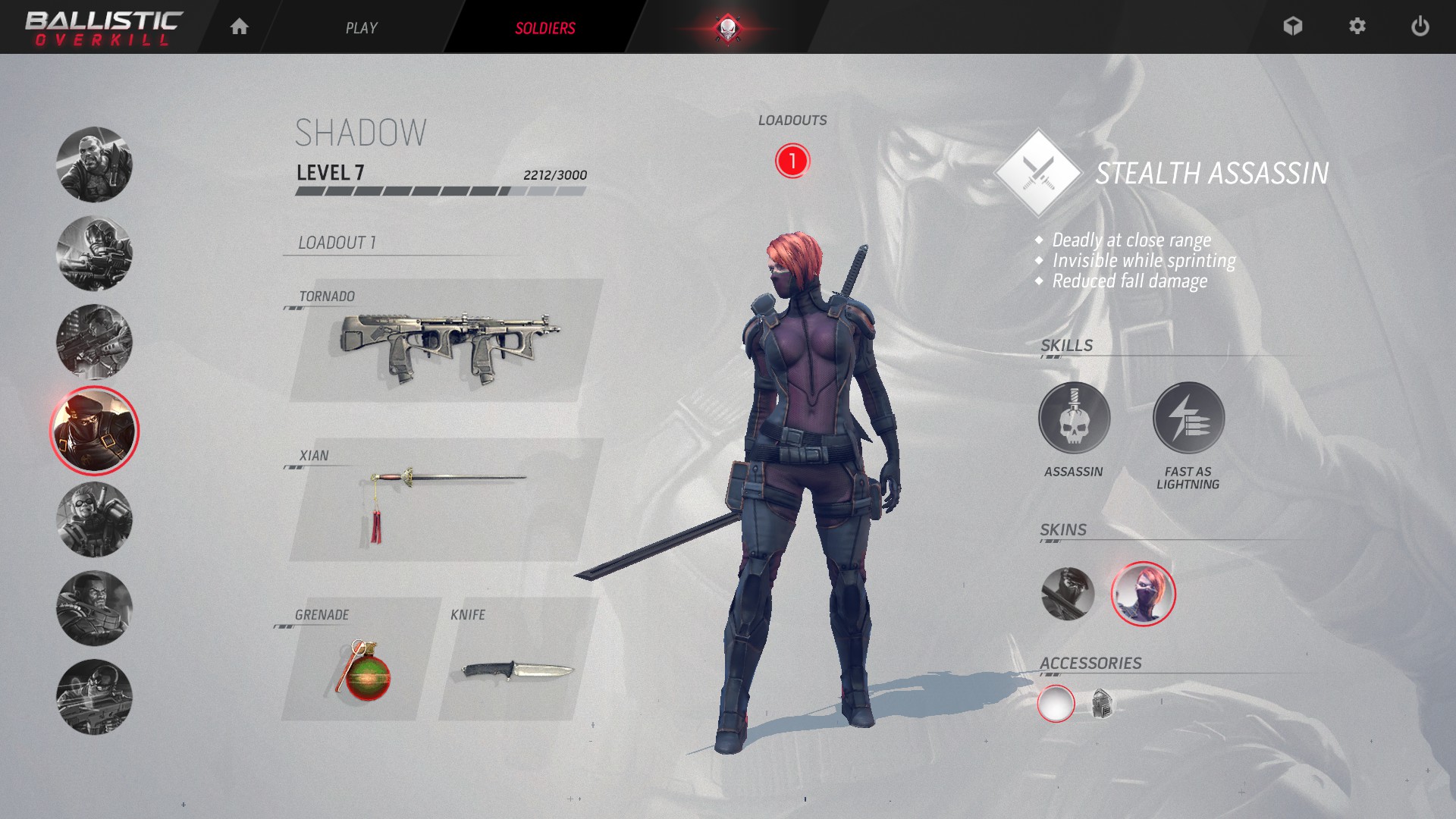 They have also started the first gameplay season, where you can unlock special weapon skins of various rarity.

The three game servers we run for Ballistic Overkill should all now be up to date and up and running once again with the latest update!

I highly recommend it, as it's a lot of fun and we play it every week, we will be playing it tonight in fact for Ballistic Monday live on Twitch! It's £4.99 so it's pretty easy on the wallet too. Article taken from GamingOnLinux.com.
Tags: Action, FPS, Steam | Apps: Ballistic Overkill
8 Likes
Share

Nice! I was actually wondering why there weren't any female characters in the game. Nice to see that players get the option now. Will likely be online tonight too then. :)
1 Likes, Who?

View PC info
I assume the new female character will massacre me no less than the original male :O :D
0 Likes
artvandelay440 27 Mar, 2017

View PC info
MY first night playing i got some legendary skin thing that i sold for $6. Terrific game.
0 Likes

View PC info
I really want to play this, but what is the online player base like? Hopefully not like verdun.
0 Likes
minteh 27 Mar, 2017

View PC info
Purchased. Nice and cheap. Civ 6, Day of Infamy and now this. Linux support is costing me ^_^
0 Likes

View PC info
I like the way the game looks and I love how nice the engine ran on my beefy rig and on my lowest rig in the house during my early access time last year.

I had an issue with the game play. The safe room areas bother me a lot. On more then 3 occasions during Team Deathmatch score would be even and the team that got 1 point over would just stay in the safe room til the clock ran out - sometimes 3 to 2 mins left of play.

I'm going to look @ some gameplay videos of the current release but if anyone that plays wants to fill me in if this has changed that would be good to know to see if if I can go back to supporting this game.

Because even on older or even freeware titles you have camping penalties to make sure the game flows.

Eike 28 Mar, 2017
View PC info
It's still marked as early access and has got the same price tag, so I bought it now.
I figure it has server choice, like in the good old times?
Looking forward to being killed by you, guys and gals!
0 Likes
1/2»
While you're here, please consider supporting GamingOnLinux on: