A few days ago, Basemark officially announced and have now released Basemark GPU, their latest benchmarking tool and it has Linux support. Officially, it seems they're only supporting Debian/Ubuntu (see the note at the bottom about that though…). 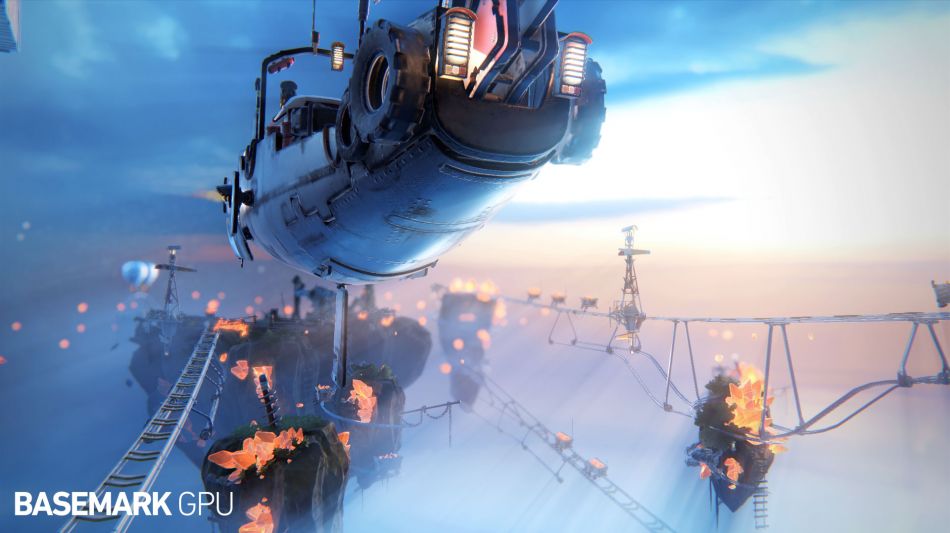 “We have poured all of our soul and expertise in making this product. The work started two and half years ago and this massive project has culminated in today’s launch of a true state-of-the-art product,” said Arto Ruotsalainen, CEO of Basemark. “We believe Basemark GPU will become an essential tool for anyone tasked to evaluate graphics performance in systems ranging from smart phones, smart TVs and cars to PCs.”

You can find their press release here, product page here. If you're planning to check it out, the free version download comes in at around 3GB so prepare for a little wait while you download. It has two versions, a free version and a "Corporate" version with the free version requiring an internet connection.

Seems like their package isn't quite right, as it won't install on Ubuntu 18.04. Gnome Software tried, asked for my password and then basically did nothing. I tried to install it in terminal, which mentioned a dependency problem with "libcurl3". I would advise against installing that, as it wants to remove a few packages that depend on libcurl4 (like OBS Studio and a few others). Your situation might be different, I guess it depends on exactly what you have installed currently. There might be ways around it, but it's not ideal.

I've let them know, hopefully they will sort it.

View PC info
For me installing libcurl3 wanted to remove Steam & Kodi, I'll wait for now, I like having Steam & Kodi installed. ;)
7 Likes, Who?

View PC info
It doesn't work on my Mint system, neither on the Windows side...
It must be a joke.
1 Likes, Who?

View PC info
After converting the deb using alien I can install and run it on my openSUSE Tumbleweed system.
That's only my laptop, though. It won't run with the built-in Intel HD530 (throwing hundreds of GL_INVALID_OPERATION errors already for the control window, without displayig anything).
It does start properly with bumblebee using the 940MX, but the system is basically unusable when running the benchmark.....

PS: It seems safe to ignore the libcurl3 dependency. TW also runs libcurl4, and it doesn't seem to create problems...

View PC info
Tried downloading from their website which was only going at 170 KB/sec but the torrent is going at 2.6 MB/sec. In case people were having slow downloads from their site.
1 Likes, Who?

View PC info
I also have various issues trying to run this. No proper error messages, sometimes just gives no information at all.

Hope they resolve these problems.
0 Likes

apples & oranges, near as I can tell. This is a standalone benchmark, not a tool to run other benchmarks.
4 Likes, Who?

View PC info
A bit wonky. It does install and works on Ubuntu 18.04, but I'm having some red-ish artifacts when running with Vulkan. Also sometimes is getting stuck and I have to restart the machine.
Not bad, but need some polish.
0 Likes

View PC info
I wonder how it does with AMD and MESA.
1 Likes, Who?

apples & oranges, near as I can tell. This is a standalone benchmark, not a tool to run other benchmarks.

The reason this GPU benchmark is very appealing to me is because I haven't been able to run the GPU tests from Phoronix. The only GPU benchmarks that work for me are Unigine Heaven and Unigine Valley.
0 Likes
1/3»
While you're here, please consider supporting GamingOnLinux on: