Basingstoke from Puppy Games is a tense mix of stealth and action, it's out now

Puppy Games latest rather good game, Basingstoke [Official Site], offers up some truly intense action and some clever use of stealth.

For a small history lesson: Puppy Games also developed titles like Revenge of the Titans (which happens to be one of my favourite indie games), Ultratron, Titan Attacks! and Droid Assault. They’ve supported Linux gaming for a long time, some time before Steam even arrived on Linux.

With thanks to the awesome folks at Puppy Games, I had advanced access and I’ve been seriously enjoying it. I even had a hand at making sure the Linux version worked properly on SteamOS, so that was fun.

Basingstoke is a game that has genuinely shocked me for how good it actually is. It's incredibly deceptive that's for sure, since you start off thinking "oh this is cute" and it quickly warps into a hellish nightmare. Although, one more like the film Shaun of the Dead and less like Dawn of the Dead, thanks to the wonderful British humour from Puppy Games. 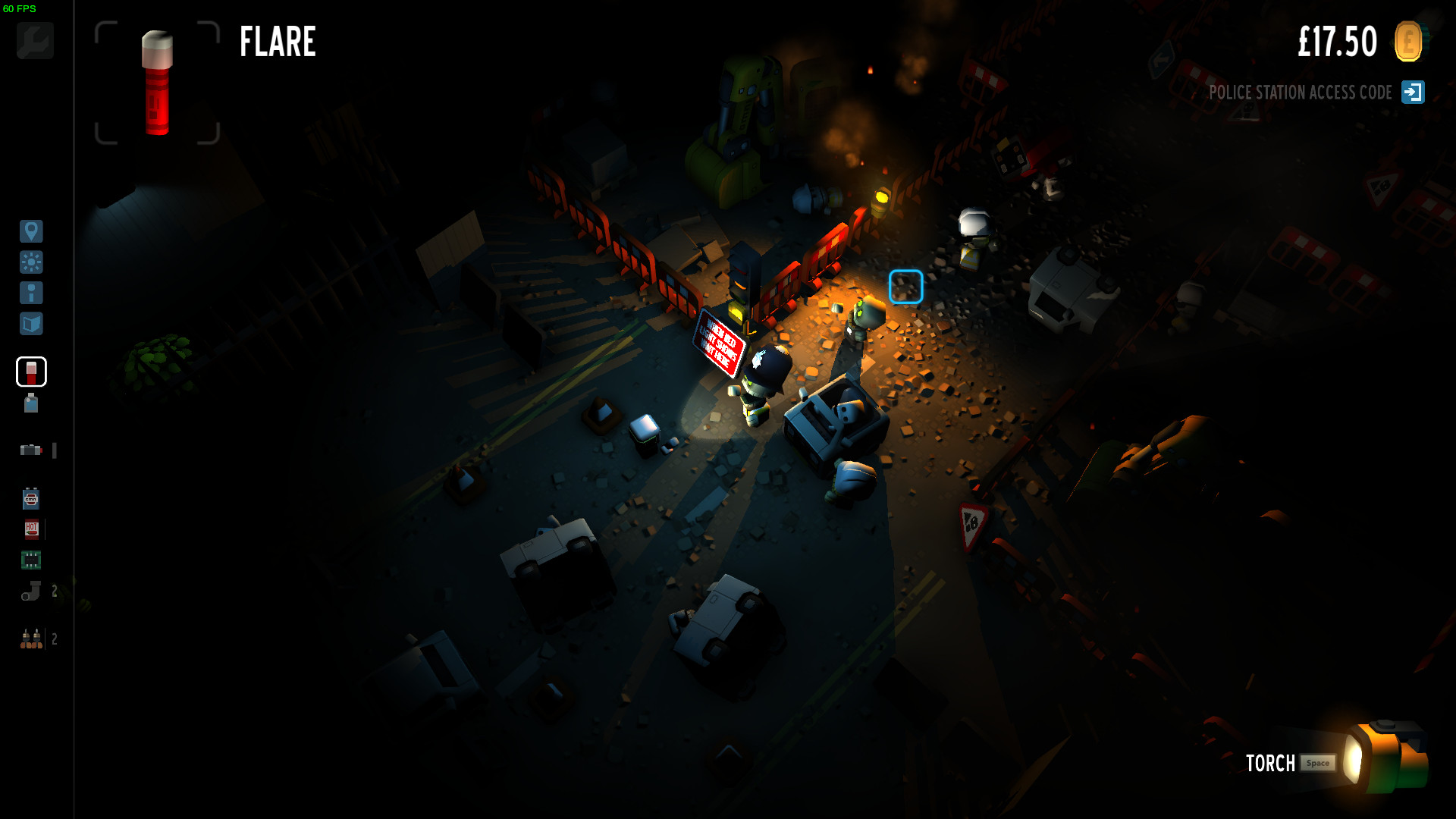 It does seem to be set in the same universe as some of their other games as well, with the design of some enemies like what you might find in Revenge of the Titans. I like this quite a lot, since I love their simple style and it lends itself surprisingly well to the perspective in Basingstoke.

Some things in life are learned the hard way, like the fact that my cooking really is atrocious (I set an oven on fire making cheese on toast once) and death comes rather abruptly in Basingstoke. Since it’s a stealth game, running at your enemies really isn’t the best idea. You will need to sneak past enemies and hope they don't turn around, or throw something like a flare or perhaps an irresistible sausage roll to attract enemies attention away from you. 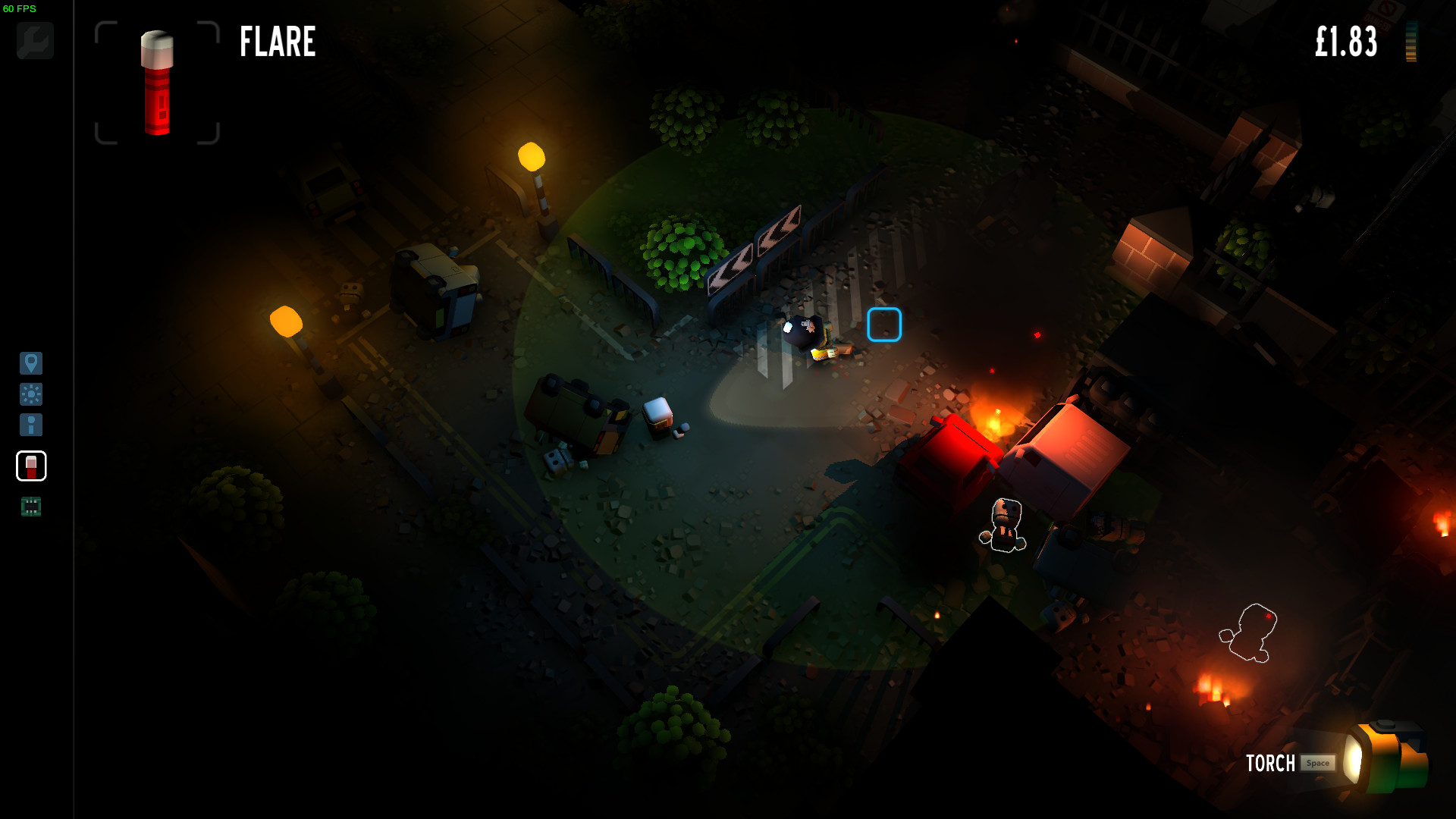 They certainly weren't kidding when describing it as a tense game. The first few minutes past the intro are filled full of explosions, as you make a mad-dash to escape certain doom. Some fantastic use of lighting effects too, the atmosphere was quite insane! I could feel my heart pumping faster as I dashed to escape, while also attempting to avoid getting eaten.

My first death, surprisingly, didn't come at the hands of the zombified city inhabitants, nor did it come as a result of the speedy little aliens that make a mad dash for you—oh no—I was running away from said zombies and ran right into a giant purple tentacle that smashed up through the road, grabbed me and pulled me down into the ground—dead.

Some of what you can do is truly hilarious! Found some hairspray? Spraying it at enemies can make them panic and run away, some panic so much they might run directly into fire and die. Are you being chased? Find the nearest bin, jump in it and hope for the best. An interesting part of the stealth mechanics, is that it then turns first-person as you peer out to see when it's safe to exit. 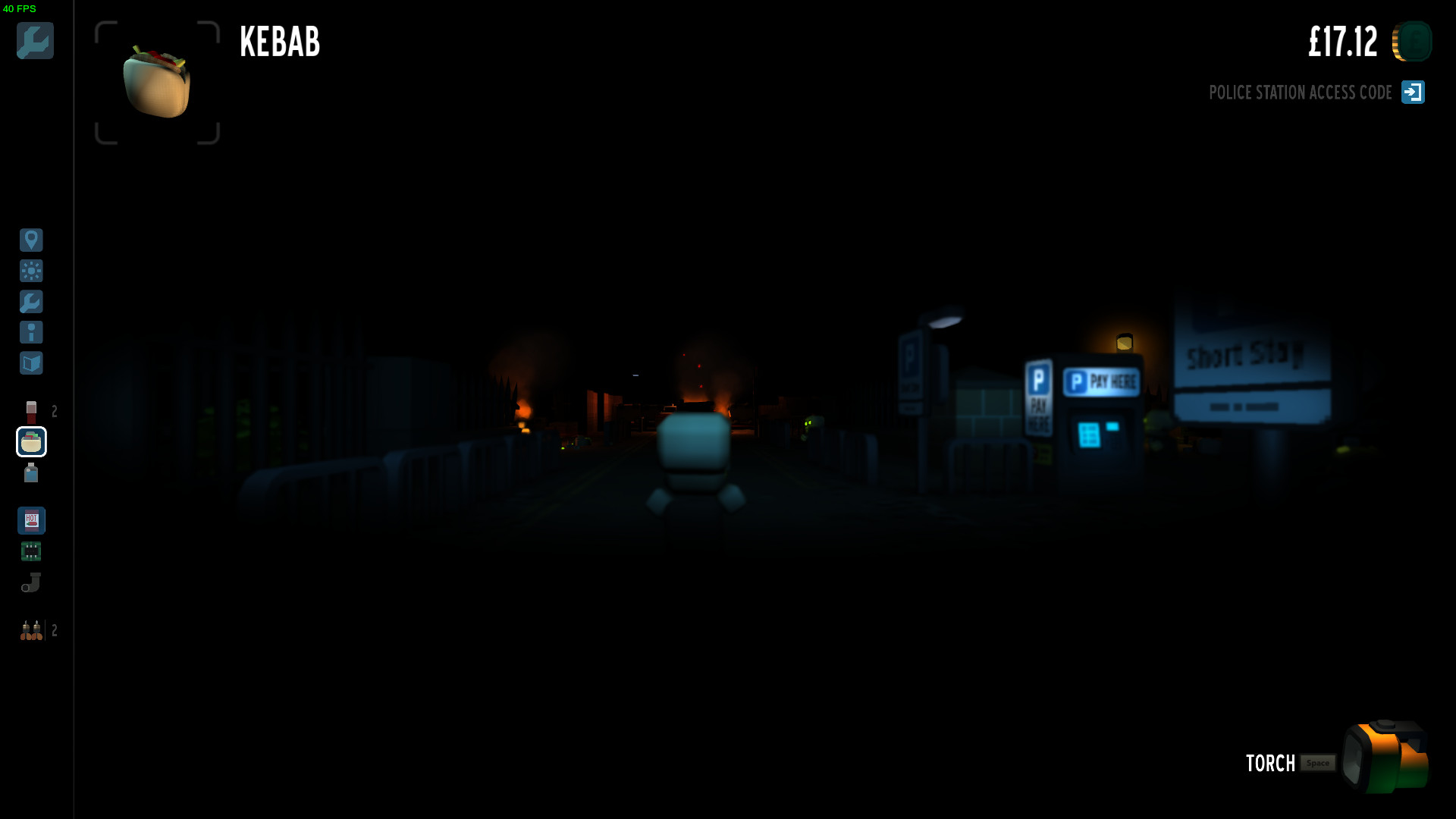 Their back is turned, time to sneak out!

It has all the usual suspects you would want including looting and crafting, some hilarious equipment like the ability to poison a kebab, unlockable characters, achievements and trading cards on Steam and so on. Also, for those who have issues with flashing lights and gore, the game presents you with options to reduce both before you even begin—awesome.

I’ve never felt so safe holding a sausage roll before…that's not something I thought I would be writing about a game. It's slightly comical, downright brutal at times and such fun to play. Absolutely go check it out, it's easily one of my favourite releases so far this year.

Find it on: Humble Store, GOG, itch.io and Steam. Puppy Games also have a Patreon to support future games.

If you want to join the ride, I will be livestreaming it tonight after Day of Infamy on our Twitch Channel.

View PC info
I've played for a couple of hours and it's really fun. The only problem I've had so far is native controller detection, otherwise it works great.
0 Likes

View PC info
I bought my copy... It seems to be 15% off everywhere too.

It is also available on Humble Bundle. Which also has it for 15% off... and you can get 10% more if you are a Monthly subscriber.
0 Likes

Quoting: stretch611I bought my copy... It seems to be 15% off everywhere too.

It is also available on Humble Bundle. Which also has it for 15% off... and you can get 10% more if you are a Monthly subscriber.

View PC info
The word Basingstoke reminded me the month I have spend in Basingstoke UK for some sort of programming training/certificate but the only thing I remember from there is the delicious pheasants and the dull/rainy weather :P
I doubt that the game has anything to do with that Town...

Quoting: wolfyrionThe word Basingstoke reminded me the month I have spend in Basingstoke UK for some sort of programming training/certificate but the only thing I remember from there is the delicious pheasants and the dull/rainy weather :P
I doubt that the game has anything to do with that Town...

Pretty sure it's an accurate nightlife sim of said town ;)
1 Likes, Who?

QuoteI set an oven on fire making cheese on toast once

I just want to know if that was in-game or IRL..?
0 Likes

Quoting: PatolaSeems quite good but sort of expensive right now... I'll wait for sales, preferably on steam because they have regional prices.

That's what I thought; I'll just subscribe to their patreon $1/month and check out the game in 5 months ^_^

Quoting: stretch611I bought my copy... It seems to be 15% off everywhere too.

It is also available on Humble Bundle. Which also has it for 15% off... and you can get 10% more if you are a Monthly subscriber.

It seems that right now its up to developer to include or not DRM-free download on Humble. Many choose to no bother ("everyone wants Steam"), sometimes even if they release game on GOG at same time, but there is dev who is more open minded or more adamant on offering drm-free version.
0 Likes

Quoting: GuestDid this ever get fixed by the way? I'm thinking of buying it even though I was initially going to wait for a sale

Is it just me or does it sound like they're not doing "that" great profit wise as a company atm?

It does look like a very charming game, is it worth the money?

I know personally my Steam controller isn't properly recognized (the game thinks it's a mouse according to the log file), but Liam tested gamepad functionality for puppy games and it worked fine for him. I uploaded a config that mimics the expected control layout, so a steam controller should work either natively or by tricking the game into thinking you're using a kbd & mouse.e

As for their financials, I don't know for sure obviously, but it sounds like the game isn't flying off the shelves, but they, like a lot of indie games, have no marketing budget.

I think it's worth the money, but your tastes may vary. You could always try it and get a refund if you don't like it.
0 Likes
While you're here, please consider supporting GamingOnLinux on: