'Battle Chasers: Nightwar' is a visually stunning RPG inspired by a comic, that might be released next year 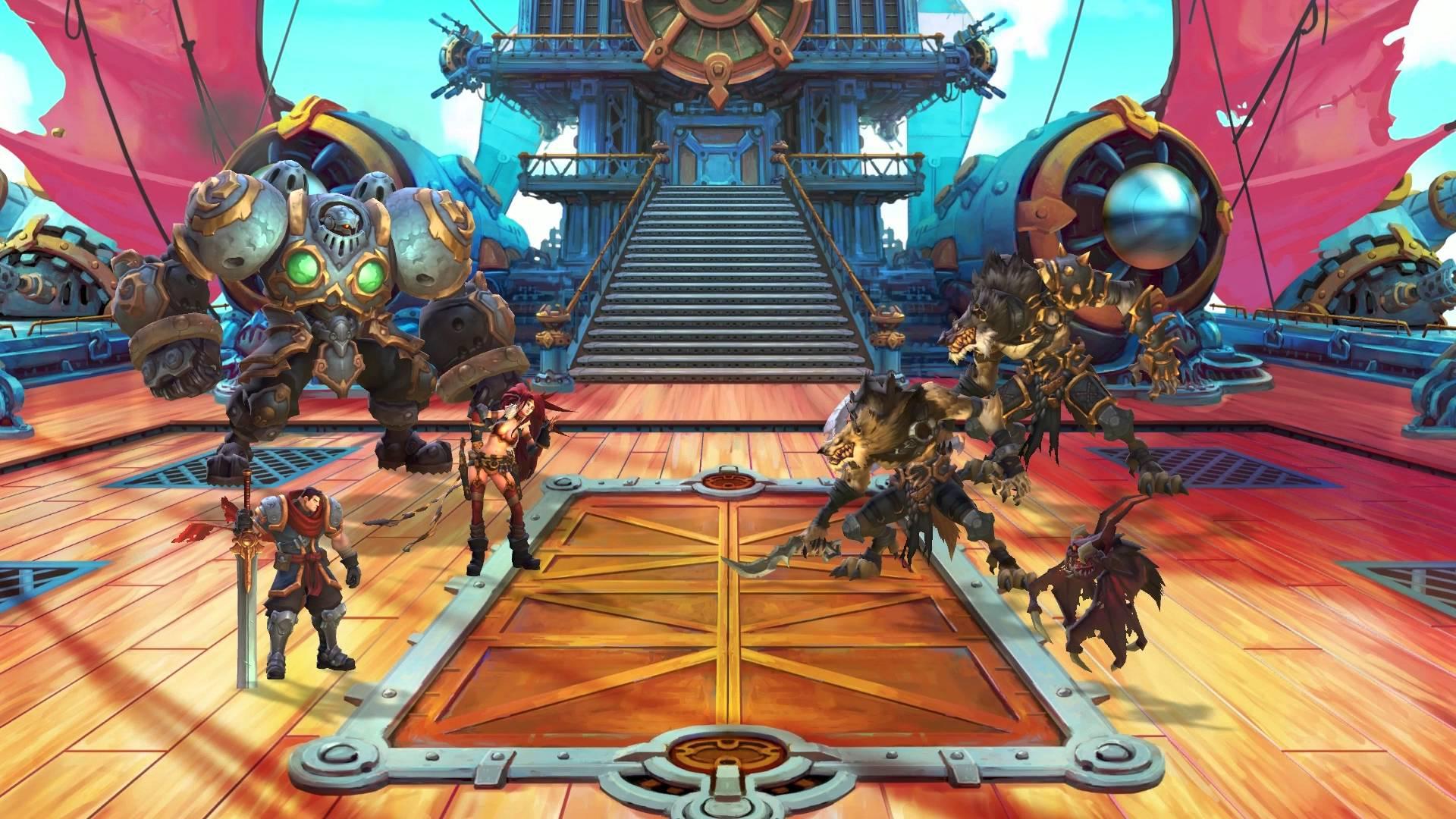 YouTube videos require cookies, you must accept their cookies to view. View cookie preferences.
Accept Cookies & Show   Direct Link
I can count with the fingers of a single hand the number of comics I read in my whole life, and the Battle Chasers aren't the exception; though, if this upcoming game is being loyal to their style and tone, I have to say I would be more tempted to do so. Personally, I don't expect for games to have state-of-the-art technology behind their graphics, but I care a lot about the artistic design, and this one truly seems to deliver on that. Plus, if you check this news on the official site, after a successful Kickstarter campaign they announced to be completely funded by Nordic Games without sacrificing the creative control of the project, so basically the quality of the game now simply relies on how talented they are and how well they spend the budget on the game.

So far there isn't an accurate release date yet, but apparently it will be next year. The good news though is that the requirements for Linux/SteamOS are already listed in the Steam store page, which I think it's an excellent sign. Will we be having a Day-1 release with this title, perhaps?


I will definitely keep an eye on Battle Chasers: Nightwar starting now. What are your initial impressions about it?

Official site: Battle Chasers: Nightwar (Note: It isn't mentioned on the Steam store page; I found it after visiting the Nordic Games site)

About the game (Official)
Battle Chasers: Nightwar is an RPG inspired by the classic console greats, featuring deep dungeon diving, turn-based combat presented in a classic JRPG format, and a rich story driven by exploration of the world.

- Plan for survival. The desolate town of Harm's Way is your only place to prepare. Choose three of the many heroes you've unlocked, fill your travel backpack with items from your stash, make sure you've chosen the best equipment and abilities for each hero... and then strike out
- Explore an overworld presented in classic form (and in real time), peppered with hidden dungeons, rare bosses and randomly appearing friends and foes, as well as a useful arsenal of Dungeon Abilites[sic] for every character
- Old-school combat inspired by the console RPG greats, with a unique two-tiered mana system and turn-based initiative, featuring random buffs and debuffs on initiative slots


- Action oriented, randomly-generated dungeons loaded with traps, puzzles and secrets. Use each hero's unique dungeon skills to survive
- Non-linear story driven by the discovery of lore on items, landmarks and secret elements in the world. Discovering these will both provide deeper insight into the mysterious Lost Vale, and also reward lore points, which are used to upgrade the heroes' different abilities
- Truly key story moments will be depicted in gorgeous, traditional 2D animation from Powerhouse Animation Studios (the studio that did the animated Darksiders cutscenes). For these, sit back and enjoy

The best-selling comic book Battle Chasers was first released in the late '90s and quickly generated a passionate cult following. Article taken from GamingOnLinux.com.
Tags: RPG, Steam, Upcoming
4 Likes, Who?
We do often include affiliate links to earn us some pennies. We are currently affiliated with GOG, Humble Store and Paradox Interactive. See more here.
About the author - -Daniel-Palacio-

See more from me
Some you may have missed, popular articles from the last month:
The comments on this article are closed.
13 comments
Page: 1/2»

View PC info
The perspective and art style reminds me of Bastion.
0 Likes

Quoting: km3kThe perspective and art style reminds me of Bastion.

Or Torchlight.
2 Likes, Who?

View PC info
I've been waiting for this. Although a reddit user highlighted to me that the company has its own page and on their store page, the SteamOS logo is noticeably missing.

Liam, can you reach out to them for confirmation? I know it's a Unity game but I'm not sure which version of Unity they are using.

Also, their Kickstarter didn't specifically mention SteamOS as a logo although early adverts and trailers mention it.

At least for now it's also listed with Linux support on GOG.

View PC info
Really pretty, but all the randomness doesn't sound that appealing. AFAIK random dungeons are a rarity in those console greats they claim to be inspired by. Maybe it's all in the battles then.
0 Likes

View PC info
I really hope there are a hundred more turnbased RPGs lined up for next year, cause we are in desperate need for this subgenre rpgs. there's barely a single one released on any given week.
0 Likes

View PC info
I discovered this game on 19/11/2016 (19 november), but despite listed into the store page, nowhere into the site or Kickstart project there's Linux mention. So I emailed them the same day asking about the port: as of today I got no reply to my email. Honestly I'll wait the release date to state a real Linux/SteamOS support.
0 Likes

Quoting: iskaputtAt least for now it's also listed with Linux support on GOG.

Immediately wishlisted. Is this really the only 'source' mentioning Linux? Hope it's not a false alarm...
0 Likes

They did list specs for SteamOS that are slightly different from Windows and OSX though.
0 Likes
1/2»
While you're here, please consider supporting GamingOnLinux on: