BATTLETECH has an expansion named FLASHPOINT coming out this November

Even though they still haven't managed to get the Linux version out yet, Harebrained Schemes and Paradox Interactive have announced the FLASHPOINT expansion for BATTLETECH. As a reminder, we spoke to the developer earlier this month about the Linux version which they do hope to release soon.

Anyway…the FLASHPOINT expansion will include: 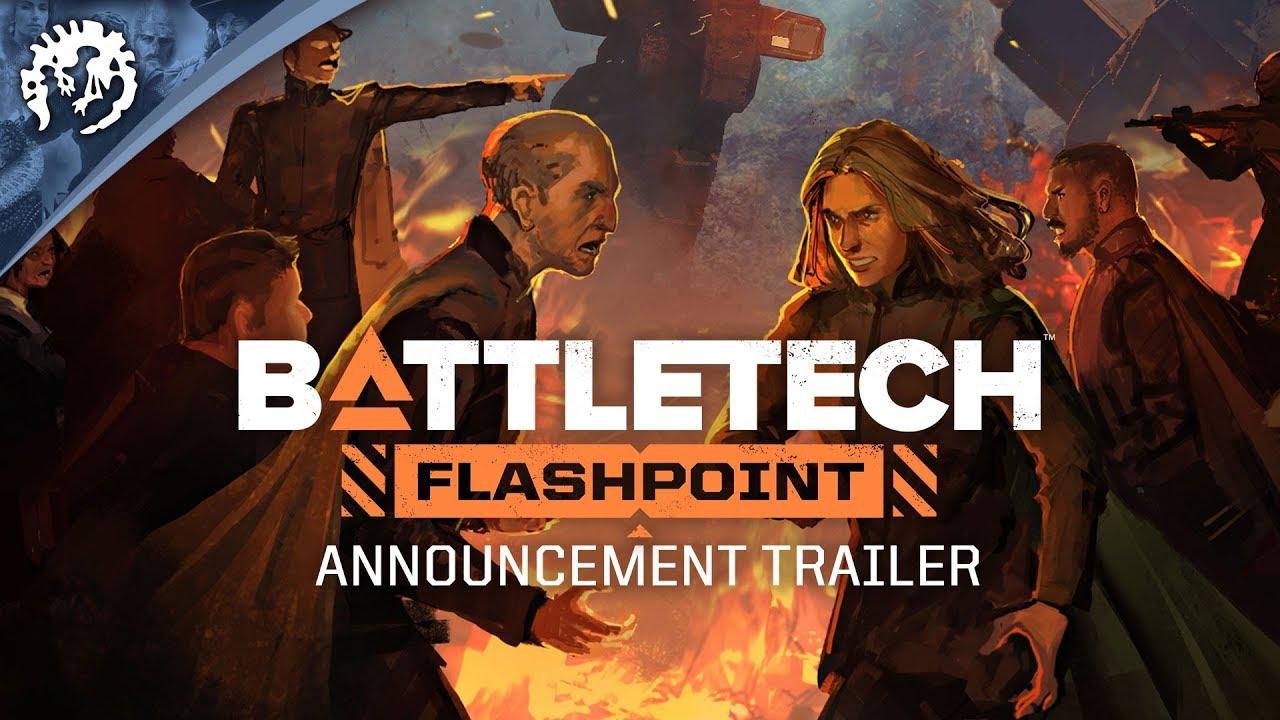 I'm still damn excited to give it a go, but the delay in the Linux version is pretty annoying. As I mentioned before though, I've no doubt they've come across issues in Unity they're trying to solve like a lot of other developers putting out Linux games. A shame, but hopefully the wait will be over soon. Going by SteamDB, it does seem like the Linux version is being worked on.

We do often include affiliate links to earn us some pennies. We are currently affiliated with GOG and Humble Store. See more here.
About the author - Liam Dawe
I am the owner of GamingOnLinux. After discovering Linux back in the days of Mandrake in 2003, I constantly came back to check on the progress of Linux until Ubuntu appeared on the scene and it helped me to really love it. You can reach me easily by emailing GamingOnLinux directly.
See more from me
Some you may have missed, popular articles from the last month:
The comments on this article are closed.
13 comments
Page: 1/2»
Zaxth 21 Aug, 2018
I can't wait for the excuse "We are unable to dedicate resources to a Linux port at this time, due to work on the new expansion" then a couple months later "We are making sure the Windows version of Battletech with our new Flashpoint expansion works best on Windows and Mac before bringing it to Linux" Much later... "Unfortunately there won't be a Linux port due to work on Battletech 2, but that will come to Linux sometime after release" And a round and round she goes.
4 Likes, Who?

Quoting: ZaxthI can't wait for the excuse "We are unable to dedicate resources to a Linux port at this time, due to work on the new expansion" then a couple months later "We are making sure the Windows version of Battletech with our new Flashpoint expansion works best on Windows and Mac before bringing it to Linux" Much later... "Unfortunately there won't be a Linux port due to work on Battletech 2, but that will come to Linux sometime after release" And a round and round she goes.

I understand the sentiment here due to the delay, I really do, but honestly I really do think they're working on it. They repeatedly say so and the Linux build is included in their current unreleased update when looking at SteamDB - so it's possible it will be out with the next patch.
3 Likes, Who?

View PC info
Well I always like new content, but do wish they would release the Linux version of the base game already. This is one of my most anticipated games of the year so Im getting itchy feet.

I sympathise with the feelings of others who are skeptical, we have seen it before and while I still have faith, I feel developers with non day 1 Linux ports need to have a much more transparent approach to the Linux community regarding timescales and roadmaps for release. I dont expect detailed step by step blows, but a fortnightly update on major movement or blocks, or simply a blog post with screenshots from the Linux build would be enough.

Otherwise we get this vicious self fulfilling cycle where Linux Gamers get angry and bitchy to developers because no progress seems to being made, which translates to people swearing off buying game, developers then get the idea that we moan alot and dont buy games thus they drop suport in future titles.

Yes its fustrating to be what feels like a 2nd class citizen at times, and yes I beleieve it's a 2-way street Linux Gamers need to be more patient at times and give developers (who dont have a habit/track record of dropping support) the benefit of the doubt until proven otherwise, and likewise developers have to understand that delaying linux release ultimately hurts them, games drop from the forefront of peoples minds after time passes and if the game does support cross play sometimes that window closes as the game peters out before we get it.
4 Likes, Who?

Quoting: liamdawe…they're working on it.

This phrase in itself is a running gag, isn't it?
I believe, Zaxth tried to rephrase the "Unreal Tournament 3 on Linux" story. This pattern has been around way before even "Humble Inc." started to support Linux.
0 Likes
Zaxth 21 Aug, 2018
I admit, I'm more than a little bit salty. But this was my most anticipated game. And I pledged a large amount on the kickstarter due to the promise of a Linux port. I will definitely sing their praises, if, and when it comes out.

View PC info
It's not just the GNU/Linux version that's MIA, there's the localisation as well - something arguably more important to have working before embarking on any sort of expansion because it affects so much more of their user base. Regardless, both of those are things that people have already paid for on the kickstarter, but are yet to materialise.
1 Likes, Who?

RossBC 21 Aug, 2018
View PC info
Yes from memory the only reason Unreal tournament 3 never got ported was because they had used proprietary 3rd hand software Gamespy for handling the multi which no longer exists now anyway.

Think it is the case with a lot of devs, they add in third party libraries, without checking if they will work with linux. amongst the other assorted problems that can crop up.
0 Likes

Quoting: ZaxthI can't wait for the excuse "We are unable to dedicate resources to a Linux port at this time, due to work on the new expansion"

That's the feeling i have too...

I'd say we will have Linux at best with the expansion, not before.

And i hope i'm wrong.
0 Likes
1/2»
While you're here, please consider supporting GamingOnLinux on: