Beholder 2 confirmed for Linux support at launch next month

Taking place in the same world as the first Beholder game, Beholder 2 is now confirmed to support Linux at release.

“You are a newly employed department officer within the Ministry of a totalitarian State. While you are poised to have an illustrious career and possibly become Prime Minister someday, the way up won't be easy. So, how high up the career ladder will you climb? The choice is still yours to make!” - Evgeny Sister, Producer - Alawar Premium 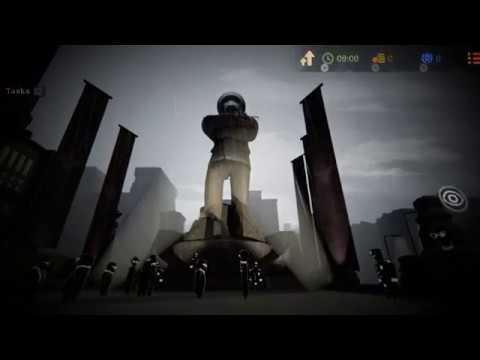 I was quite a fan of the first game, so I'm quite keen to see how different the sequel is. We've asked about a review key, so hopefully we will be able to take a good look.

"Beholder 2 shows another side to the Orwellian dystopia – 'The Ministry.' While we continued to stick with rich stories, moral choices and multiple endings -- this time we've ramped up on the overall absurdity." - Evgeny Sister, Producer - Alawar Premium

It's releasing on December 5th according to Steam, although the press details said December 4th. You can follow it on Humble Store and Steam.

Article taken from GamingOnLinux.com.
Tags: Adventure, Simulation, Steam, Strategy, Upcoming
9 Likes, Who?
We do often include affiliate links to earn us some pennies. We are currently affiliated with GOG, Humble Store and Paradox Interactive. See more here.
About the author - Liam Dawe

Eike 29 Nov, 2018
View PC info
I love our Feral, but Thou Shalt Not Forget the developers that changed their working style to just include Linux from the beginning and are delivering their games multi-platform. Kudos to all of them!

About Beholder: I didn't yet play the first one and am wondering if I should get that first. I will probably.
4 Likes, Who?
While you're here, please consider supporting GamingOnLinux on: