Best Buds vs Bad Guys, an action platformer made by a dad and son team on Kickstarter

Best Buds vs Bad Guys was sent in by the developer and I'm actually shocked by how cool a project it is.

It's cool because it's a dad and son team, with the son being only around 11 years old. Not only that, but the game itself looks surprisingly awesome. 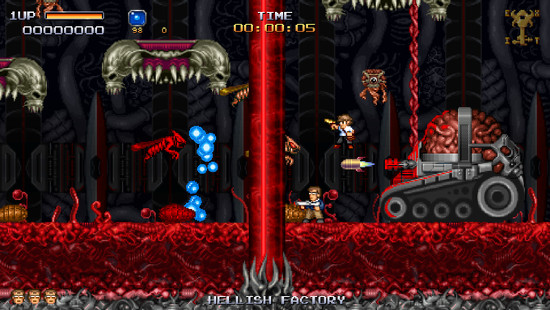 Their story is also an awesome one:

QuoteThe two of them are on the autistic spectrum, and wanted to get the message across that having a condition like Asperger’s doesn't prevent you from making your dreams and ambitions come true.

They have 16 days left with £2000/4500 of their needed funds. Hopefully we can help their journey with a few Linux backers.

Check out their Kickstarter here.

They actually released games before, and all support Linux, so consider this a pretty safe bet.

Article taken from GamingOnLinux.com.
Tags: Action, Crowdfunding, Platformer
0 Likes
We do often include affiliate links to earn us some pennies. We are currently affiliated with GOG and Humble Store. See more here.
About the author - Liam Dawe

View PC info
Looks like a Super NES game. You had me at "hello". Also, the father & son team aspect is great.

Edit: Dad seems to be the same guy who created 'Life of Pixel'. Working on this gem as well: http://platform-maker.com/. A lover of classic gaming. I can get behind a guy like that.

View PC info
I really like the classic style graphics and effects, they were very well done. it reminded me of so many 2D side scrolling games from the late 80's and early 90's. I really liked the weapon selection there, pretty awesome "modern" aspect compared to retro. all these retro styled games with updated modern mechanics are great.
1 Likes, Who?

View PC info
Wow... I haven't played action platformers since ... 2000? But this one looks great! It reminds me of classics like Duke Nukem II or Halloween Harry/Alien Carnage GFX and gameplay-wise. I'm definitely gonna buy it when it's released!
1 Likes, Who?

Says who? SteamDB still says the content is encrypted.
0 Likes

View PC info
It has had the Linux icon the whole time, but as far as I can tell it's not playable as the Linux content isn't linked to anything yet, anyway that's not really a discussion for this article ;)
2 Likes, Who?
While you're here, please consider supporting GamingOnLinux on: