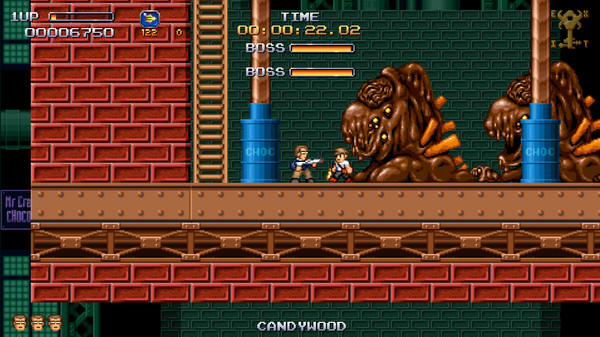 Best Buds vs Bad Guys [Official Site, Steam, Kickstarter] is another game that has sadly seen a delay of the Linux version. I'm a little sour here since I funded it on Kickstarter (broke my own rule there!).

Considering they have done Linux games before and Linux wasn't a stretch goal, along with their touching story I decided to back it on Kickstarter.

They have confirmed co-op is the next priority and then Linux support:

QuoteThat is the plan - we are working on the co-op, once that is done we will immediately sort out the Mac and Linux builds.

What bugs me somewhat, is that their latest Kickstarter update mentioning the release didn't mention missing Linux or co-op. I asked them about it in the comments (which are backer-only), and they think the Linux version will be "fairly quick and easy" as they use Unity. I wonder how many times we've heard that, to then see something about issues with plugins not working and so on? A lot.

dmantione 10 Dec, 2016
View PC info
On the hand, for many game developers, it has been as easy as build and test. There are good reasons for healthy skepticism, but neither there is reason to assume that every game that has a slight delay will be canceled.
0 Likes

View PC info
I rarely allow myself to appear as the cynical, heartless asshole that I actually am (my soul is pure jade). But when people's personal problems are presented as a sales point, yellow flags blanket the field of my mind.

So when I read that the developers


Quote"... are on the autistic spectrum, and wanted to get the message across that having a condition like Asperger’s doesn't prevent you from making your dreams and ambitions come true."

I instantly recast that sentence as:


Quote"[They] are very dexterous, tall people with and wanted to get the message across that having a condition like being very tall and well coordinated doesn't prevent you from making your dreams and ambitions come true to become professional basketball players."

It's not that Aspies don't have their own sets of challenges and problems, because they do, and I can empathize with them because I've my own cognitive disorder to deal with. And it would be great if Best Buds were raising public awareness about what Asperger's is and what it means to be an Aspie, but it's not doing that. It's the same message shucked by the Media every day (in America, anyway): Follow your dreams, by gosh! And maybe if this were about an Aspie who was a street magician or a stand-up comedian who specialised in crowd comedy, or a game-show host, then this might be a good example of a exceptional accomplishment. But it's about a couple of computer programmers who have Aspergers.

Aspergers traits "are ideal for people such as computer programmers, who need to be able to focus on sometimes highly repetitive tasks with a very small margin for error." Indeed "Research from Harvard Business School shows the strengths of people with Asperger's and high-functioning autism make them especially well-suited for software development and testing.".


Last edited by Nanobang on 11 December 2016 at 2:23 pm UTC
0 Likes
While you're here, please consider supporting GamingOnLinux on: