Beyond Enemy Lines, a single-player tactical FPS looks like it's heading to Linux (updated)

By Liam Dawe - 8 July 2017 at 3:30 pm UTC | Views: 20,836
Update: There is now a Linux version available for testing. It's available in a beta branch you need to opt into on Steam. The developer has also been chatting in our comments!

Beyond Enemy Lines [Steam], a rather interesting sounding single-player FPS looks like it's going to get a Linux version. 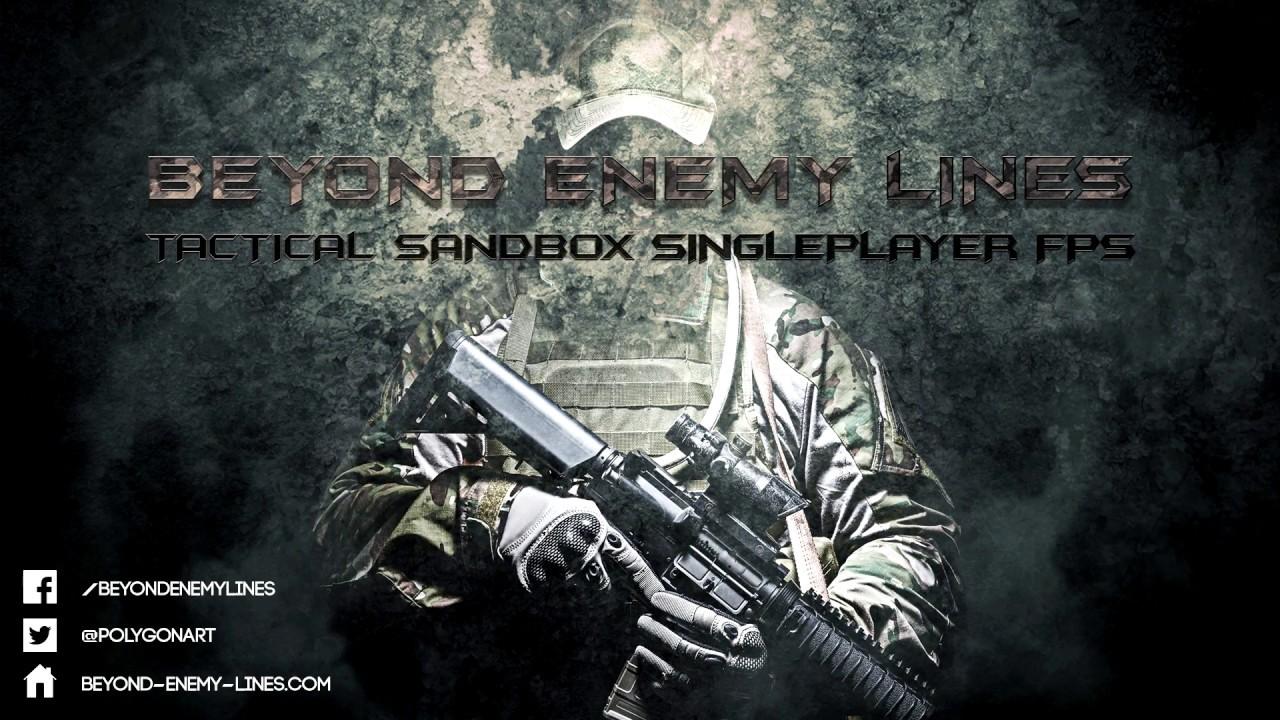 YouTube videos require cookies, you must accept their cookies to view. View cookie preferences.
Accept Cookies & Show   Direct Link
It recently popped up on SteamDB and when looking into it on Steam (see this post), it seems the developer is very opening to it. They said they will look to put up a public beta build to gather more testing last week and it seems like they're now attempting to do so.


QuoteYou are a Special Agent. Equipped with state of the art weapons and equipment, you operate in absolute secrecy as a lone wolf far beyond enemy lines.

Your task: Gain back control of a satellite equipped with nuclear missiles captured by Soviet separatists.

Think your way in, observe your enemies, sneak into their base and complete your objective. You have total freedom to choose your path - guns blazing or silent assassin - it's your choice! Beyond Enemy Lines is an unforgiving, intense experience where skill and tactical decisions matter!

Beyond Enemy Lines is a true PC Hardcore Tactical Shooter. No Aim-Assistance, no unnecessary tooltips, no restrictions! Learn to control the recoil, read the terrain and adapt your tactics - Beyond Enemy Lines is an unforgiving, intense experience where skill and tactical decisions matter!

After reading up on it and watching the trailer, it actually sounds a little like the first Crysis. I'm certainly interested in it! Article taken from GamingOnLinux.com.
Tags: Action, FPS, Upcoming
8 Likes
Share

We do often include affiliate links to earn us some pennies. We are currently affiliated with GOG and Humble Store. See more here.
About the author - Liam Dawe
I am the owner of GamingOnLinux. After discovering Linux back in the days of Mandrake in 2003, I constantly came back to check on the progress of Linux until Ubuntu appeared on the scene and it helped me to really love it. You can reach me easily by emailing GamingOnLinux directly.
See more from me
Some you may have missed, popular articles from the last month:
The comments on this article are closed.
23 comments
Page: 1/3»
SirBaskomWelford 8 Jul, 2017
Looks vaguely similar to the old Delta Force games from Novalogic.
2 Likes, Who?

View PC info
Well the dev does seem pretty fair in steam comments.
Only thing is I can't shrug off the feeling this looks like an asset flip at first glance.
0 Likes

View PC info
The graphics look about 10 years old, but I can get past that if the gameplay delivers. Let's hope it does.
6 Likes, Who?

View PC info
I love how they explain crouching and aiming down sights as a feature of the game.
Might be fun, so probably shouldnt judge the game by this. Still I think I pass.
0 Likes

View PC info
When i saw that , i reminded that also Squad was moving on Linux.

View PC info
I am guessing unreal 3 or unity for the engine judging by the graphics. Could be interesting story driven fps on linux would be nice as we tend to get arena shooters and very little in terms of narrative driven fps games.
1 Likes, Who?

View PC info
i loved the old I.G.I .. and this seems a pretty good clone of this :D Im really looking forward to this! Great!
2 Likes, Who?

totally agree... and they were very cool games! not as braindead as some stuff release nowadays.. so i think i'll definitly take a look at it.. though the graphics really needs some enhancements (more like details, not necessarily effects) as not only


Quoting: liamdawe... it actually sounds a little like the first Crysis. ...

graphics quality also looks like first crysis (2007) or rather first farcry (2004) (were the first half was somewhat similar and the enjoyable part of the game)...
0 Likes

QuoteSo here are some updates.

This is what's going on:
I'm using Unreal Engine 4 Cross Compile which allows me to build a Linux version from a Windows System. I'm using this because I have to the time for a full linux build to run right now. As soon as I have a full linux build finished, I'll upload it to Steam for public testing.

But there are some limitations due to the fact that cross compile won't work with Engine Plugins:

DLCs wont work. Even if you own Operation: Arctic Hawk, you can't play it! (DLC check is done via Plugin)
The Linux version will for now been shipped without the Editor.
Achievements won't work (It's handled by pulugins which I can't use now)


I'll keep you updated on when the build is online.

He is doing with Vulkan and it is ready to test

Thank you all for the great response :)

It's my job to listen to the community and try to fulfill all (of reasonable) wishes. Or at least I think it's my job.

Just another short update: I was able to build the full version now. Took ~4h to build it, Windows version is build in ~20min. The compile log showed some error with a river material for Vulkan API. It's possible that this material get's replaced by a default material. But as this material is only used in a single mission, I'm not going to recomplile it another 4h for now and start uploading to Steam tomorrow.

If some players can confirm that the game is playable, I'll start fixing the Material.
2 Likes, Who?
1/3»
While you're here, please consider supporting GamingOnLinux on: