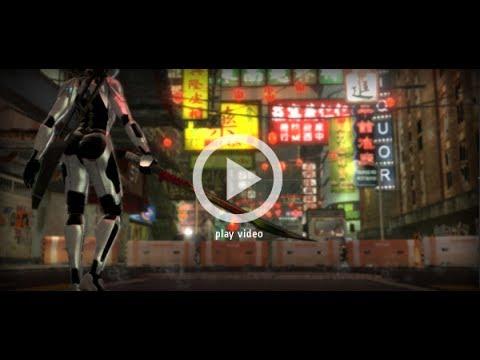 This shouldn't be too surprising since the game is based on the Source engine from Valve.

About
Prove that you are the world's greatest swordsman in Blade Symphony: a slash-em-up featuring a highly detailed and in-depth sword fighting system. Face down other players in skill-based tactical swordplay, in 2vs2 team duels, or participate in sandbox FFA game modes. Blade Symphony sits on the foundation of Valve's Source Engine with Steam Workshop support.

The developers did confirm they are planning it, but it won't be until after they exit Early Access:


QuoteWith SteamOS and Steam Boxes coming out in full next year then having a Linux version is something that we are interested in doing. It won't be until after we are out of Early Access and released version 1.0 that any work will be done on it.

Source - Feel free to give your Linux +1's in that topic to show the developer there is interest.

The game already looks quite polished and beautiful and it will be great to have a decent sword fighting game on Linux. Article taken from GamingOnLinux.com.
Tags: Action, Steam, Upcoming
0 Likes
Share

We do often include affiliate links to earn us some pennies. We are currently affiliated with GOG and Humble Store. See more here.
About the author - Liam Dawe
I am the owner of GamingOnLinux. After discovering Linux back in the days of Mandrake in 2003, I constantly came back to check on the progress of Linux until Ubuntu appeared on the scene and it helped me to really love it. You can reach me easily by emailing GamingOnLinux directly.
See more from me
Some you may have missed, popular articles from the last month:
The comments on this article are closed.
6 comments
FutureSuture 4 Feb, 2014

View PC info
As usual, folks, wait till the game is actually out for Linux before buying it. Please and thank you.
0 Likes

iensensama 12 Oct, 2014
View PC info
Sorry for Zombie-posting, but the game just showed up in my Linux Library, I can install it, but it only has windows executables. I'm guessing that means that they have started working on the Linux version.

I bought the game in a flash sale a good while back. I have played it a bit on Windows, but not too much. However I can say that the game isn't a whole lot like either Overgrowth or Soul Calibur (except for having swords in them). It reminds me a lot more of the saber fights in Jedi Academy, without the force powers of course.

When I last played it (could have changed since then, it was still early days), the health system was still a bit too... FPS-like. No permanent damage like in Bushido Blade, or sudden bifurcations like in Jedi Academy, when your health ran out you just dropped to your knees and faded away... But hopefully this will/has changed.

My thoughts: It has potential to be a fun game, but at least for now I can think of a few older games doing the same thing better.
0 Likes
While you're here, please consider supporting GamingOnLinux on: