Blasphemous is a promising looking dark and brutal non-linear platformer

Blasphemous, a dark and brutal non-linear platformer is currently on Kickstarter and it looks pretty good. It's already funded too and it's heading to Linux.

They are currently on $81,672 of their $50,000 goal, so this one is already blasting through the stretch goals like a Nightmare mode and New game+. 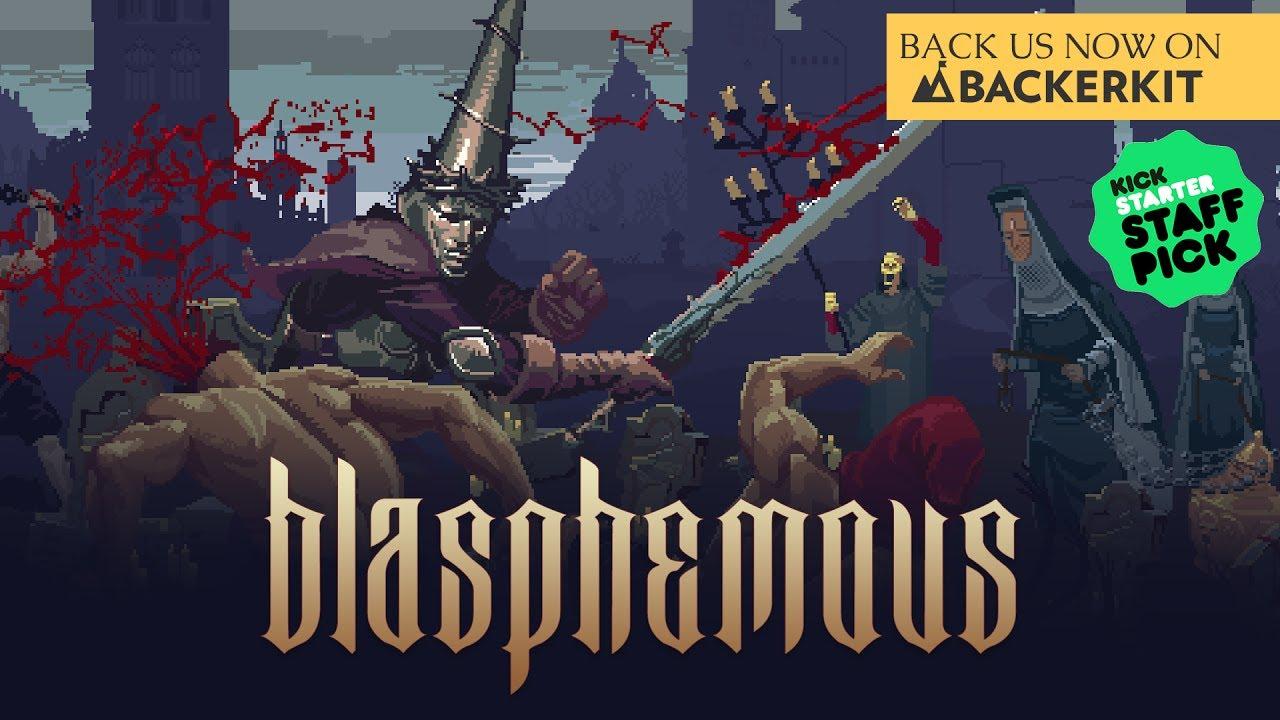 It's actually the same developers who created The Last Door, which also supports Linux. Really pleasing to see them continue to support us. Linux support is very clearly noted on the campaign in a few places, so we're good to go on this one.

QuoteBlasphemous is an action-platformer that combines the fast-paced, skilled combat of a hack-n-slash game with a deep and evocative narrative core, delivered through exploration of a huge universe comprised of non-linear levels.

Immerse yourself in a dark fantasy nightmare that has been constructed PIXEL BY PIXEL by our committed artists.

I must say I think it looks absolutely incredible. The animations and the graphical style is pretty insane. The trailer kept my interest the entire way through, especially that massive boss that stood up and ripped the head off the station — wow. Few Kickstarters manage to have such an amazing pitch, these guys have it nailed down.

View PC info
Love the art style.
The Last Door was a good point and click but dear god did it need more pixels.
Hope the control is as smooth as in the trailer and I also hope it doesn't get delayed for Linux.
1 Likes, Who?

View PC info
While I'm generally tired of the pixel art trend, I will admit the pixel art shown here is superb. Good luck to them.
5 Likes, Who?

View PC info
This is probably one of the best pixel art I have ever seen, the music is closely to the same level and the gameplay looks catchy too. A shame I would probably shit my underwear playing it hahaha!
2 Likes, Who?

View PC info
Wow, that looks insanely pretty! Reminds me of Shadow of the Beast mixed with Castlevania (and a bit of Slain) and the fluid movement of Prince of Persia. I may just have to back this one!
2 Likes, Who?

View PC info
Amazing looking! I really love this.
In 80s, this would shake the world. Really looks like some huge 80s hit.

Okay, I'm backing this, hell yes! This is the sort of game I'm tempted to build another arcade cab for.
2 Likes, Who?

View PC info
Seriously thinking about backing this even though I am covered in debts...
0 Likes What hardware do you have under the hood ?
I'm guessing these are not the original boards but emulators , right ?
0 Likes
1/2»
While you're here, please consider supporting GamingOnLinux on: