Bloodstained: Ritual of the Night delayed again, this time until 2019

Not for the first time, Bloodstained: Ritual of the Night has been delayed and will now launch in 2019.

Writing in a Kickstarter update, they confirmed it's to increase the quality of the game as a whole after they gathered feedback from a special backer demo. Delays sadly happen and if we can get a decent game out of this then I will be happy. Hopefully it will give them time to ensure the Linux version is nicely polished too. The Vita version was cancelled along with this announcement. 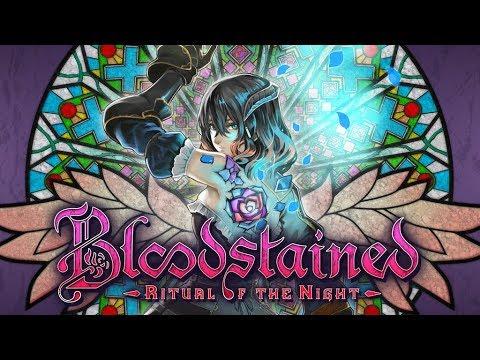 They actually released Bloodstained: Curse of the Moon, an 8-bit style game that was promised from one of their original stretch goals which sadly doesn't have a Linux version. I've searched through hundreds of comments and can't find any mention that spin-off will support Linux, sadly. Their silence on this isn't exactly helpful.

Hopefully they don't forget their promise of Linux support for Bloodstained: Ritual of the Night. They did tell me back in 2015 they planned a same-day Linux release, so hopefully that's still the case.

I've reached out to them, so hopefully we can update you soon on the situation.

We do often include affiliate links to earn us some pennies. We are currently affiliated with GOG and Humble Store. See more here.
About the author - Liam Dawe
I am the owner of GamingOnLinux. After discovering Linux back in the days of Mandrake in 2003, I constantly came back to check on the progress of Linux until Ubuntu appeared on the scene and it helped me to really love it. You can reach me easily by emailing GamingOnLinux directly.
See more from me
Some you may have missed, popular articles from the last month:
The comments on this article are closed.
6 comments
Whitewolfe80 21 Aug, 2018

View PC info
Bloodstained: Curse of the Moon does work under wine via lutris but of course its all money that ms gets a percentage of if you buy it under windows. As for the main game if they have been radio silent since 2015 did the backer demo come out of for linux because if it didnt chances are once again its another promised but forgotten port.
0 Likes

View PC info
I do not mind. This delay will give me more time to finish other Metroidvania titles and will ensure that Bloodstained: Ritual Of The Night will end up being a quality game.
0 Likes

View PC info
Hoping for the best, though I don't know how I feel about the art style yet. Seems like 2D would be cheaper and I don't really see what 3D adds to the game; just seems like more things could go wrong.

Even so, as long as the gameplay's good I can't turn down a new (not) Castlevania :)
0 Likes

Quoting: KeyrockPlease don't let this become another Mighty No 9.

MN9 had one delay that backers weren't informed about until DAYS after retailers had been informed. With another, later delay they decided to release a demo version as an apology. The distribution of said demo was then, itself, delayed. Comcept also started a Kickstarter for their next game before MN9 was out, despite frustrations with delays and concerns over its quality. And it wasn't even for a full game, just a prelude? And it was actually already funded by an outside investor, which wasn't mentioned in the initial pitch, so what exactly was the Kickstarter for again? Oh, and they also had a separate Kickstarter for an anime tie-in with said game, because of course they did. Ask Acclaim how trying to force your IP into a multimedia franchise before it's firmly established worked out. Oh wait, you can't; they went out of business.

Lol, sorry, that got a little more ranty than I intended. :b My point is that Comcept had some pretty clear signs of mismanagement. Maybe I've missed something, but I haven't gotten the same impression from Bloodstained. When Iga says they want some more time to address player feedback, I'm more willing to believe him.

Lack of Linux support (and lack of even an official word on it) for the spinoff is pretty frustrating, though.
0 Likes

View PC info
However, Curse of the Moon now installs and plays with the new Steam Play. My xbox360 controller worked perfectly. I'd have been sorely disappointed if it didn't though. :D
0 Likes
While you're here, please consider supporting GamingOnLinux on: