Broforce might just be my new favourite game on Linux, and thanks to a follower I was gifted a copy to try out. 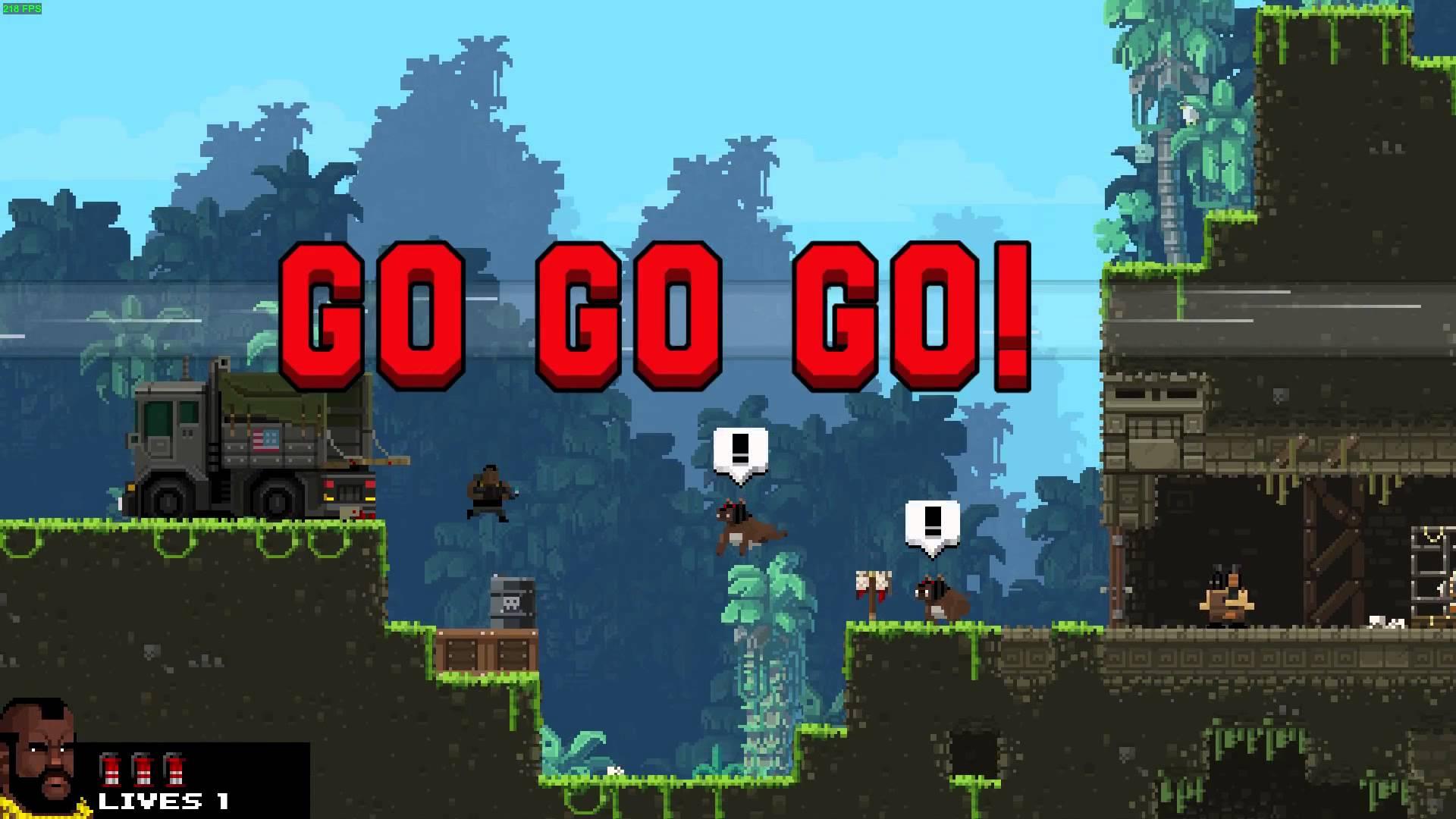 My thoughts
I don’t often like platformers, even when they are full of action, but Broforce is just so hilarious and generally entertaining that it’s winning my heart over and over again.

The game is very of the top—with everything, and I absolutely love all the tiny details that have gone into the game. The characters are all a parody of some kind of well known character from something else, like a film or a game, and it’s brilliantly done. The characters all have weapons that you might expect from who they are imitating too, like “Bro Dredd” who can stun enemies to death with his melee attack.

The fully destructible environment, mixed with the explosive barrels stacked everywhere is crazy. Setting off some really sweet chain reactions that can see your easy win, or an embarrassing fail.

Sticking dynamite to the terrorists is my new favourite thing, as they notice it and run screaming towards their friends and BOOM. Prepare to hear a lot of screaming, and you know what, it’s not getting old. It’s just getting more funny as time goes on.

It will get frustrating at times too, as I failed a level at least 4 or 5 times before I caught a lucky break. I’m determined to finish this game though, I especially want to play the Alien film inspired levels.

Issues
It does have a multi-monitor issue, like a lot of games. It will start in fullscreen on one monitor with the width of all your monitors, luckily I was able to go into the options and pick the resolution easy enough still to correct the issue.

It also gave me a crash to desktop when I failed a mission, but this has so far only happened once.

Final thoughts: I was Will Smith from Men in Black at one point, 10/10 will play again. In all seriousness though I think it’s bloody good fun.

Many thanks to Broxen who sent me the key.

When evil threatens the world, the world calls on Broforce - an under-funded, over-powered paramilitary organization dealing exclusively in excessive force. Brace your loins with up to four players to run ‘n’ gun as dozens of different bros and eliminate the opposing terrorist forces that threaten our way of life. Unleash scores of unique weapons and set off incredible chain reactions of fire, napalm, and limbs in the name of freedom.

Find Broforce on Steam, it doesn’t have a Linux (SteamOS) icon yet, but it is up.

View PC info
Fair play to them, after pushing the Linux release back, they got their finger out and actually did it; which is more than you can say for some companies that pull the same trick. Two days is hardly anything at all. Well done, Free Lives!
3 Likes, Who?

M@GOid 18 Oct, 2015
View PC info
So, let me get this straight: 2 days ago they didn't even have a computer with Linux running, now the game is ready?
0 Likes

ricki42 18 Oct, 2015
View PC info
Nice that they got the Linux version out this quickly after all. Fun game! If only I could stop blowing myself up :D
0 Likes
Sinthytechstudios 18 Oct, 2015
Believe it when you see it!
0 Likes

View PC info
It IS available on Linux as well, but thanks to the new Valve's behaviour of removing not fully SteamOS titles the icon is not shown...
Take a look here: https://steamdb.info/app/274190/depots/
I've bought it and it appears on my library...

Maelrane 18 Oct, 2015
View PC info
Does it crash for anyone else upon loading the first threat-level-4-zone?
0 Likes

View PC info
I must say, they released it, promised linux, didn't deliver, said they would work on it and get it out a day later, a few days later it's there.
Still not correct since they said steamos in the trailer but kudos to them.

Played the game quite a bit on my mac, love love love this game!
0 Likes

View PC info
It's a pity that it's not possible to install the Expendabros free addon.
1 Likes, Who?

View PC info
Anyway this game is A-W-E-S-O-M-E!! Do you think there is chance that it will gain steamos compliance and have approval icon someday? Would be nice to know what devs think about that and if they plan to do something.
0 Likes
1/2»
While you're here, please consider supporting GamingOnLinux on: