Build and manage a colony in Kubifaktorium, developed primarily on Linux and funding on Kickstarter

Kubifaktorium [Official Site, Kickstarter] from developer Mirko Seithe (previously made BossConstructor) is a colony building and management sim that mixes in automation and transports systems like Factorio.

At its heart, it's a city-builder with you farming crops, crafting tools and weapons but it also has you craft some more advanced machines to automate your colony like trains, farming machines, conveyor belts to move resources around, zeppelins and so on. For anyone who has played Factorio, elements of it certainly look a bit familiar while still being rather different with you taking care of your colonists needs.

The game will be released for Windows, Mac and Linux. The current build of the game has been tested on Linux and Windows and I will make sure to maintain compatibility throughout development. In fact, I am developing primarily under Linux, so I can pretty much guarantee that it will work. :)

If that's not enough to interest you, how about a demo? It has that too. Head over to the page on itch.io to take a look at it. 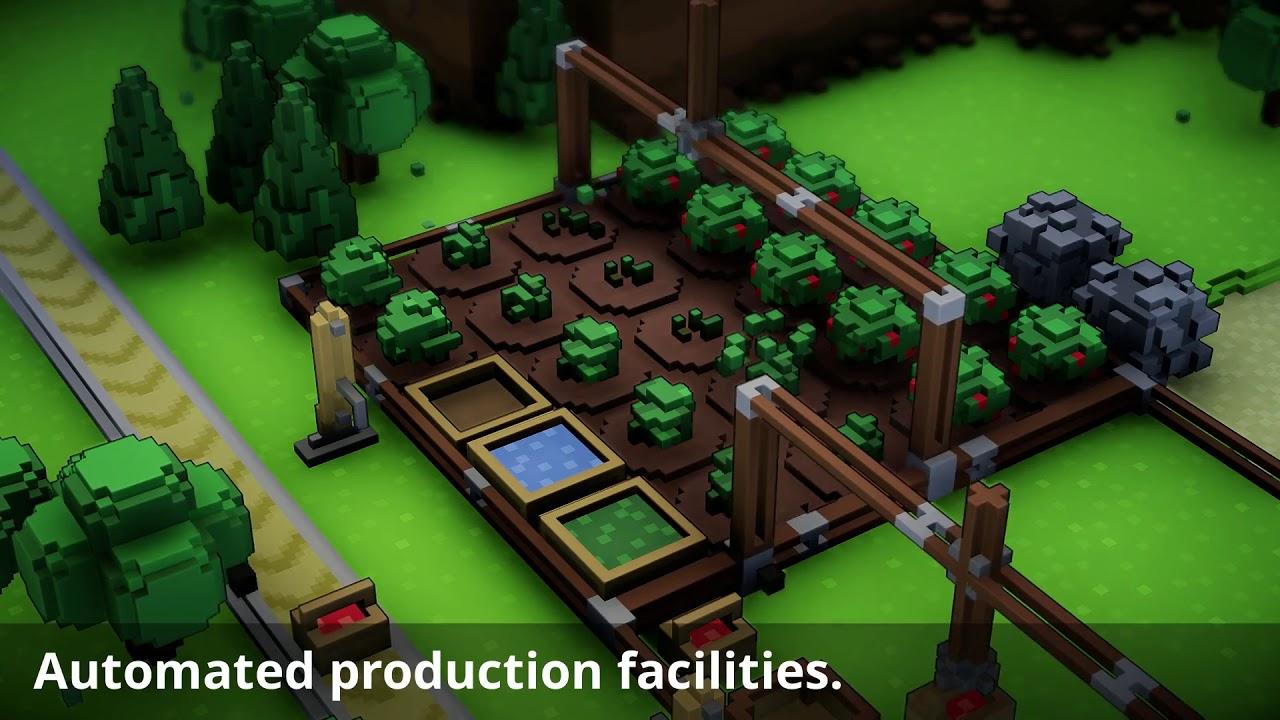 It will have multiple types of biomes, enemies to defeat as you explore along with it being designed to be rather friendly for modders. It will allow you to add in new types of pretty much anything including: items, buildings, terrain types and biomes and so on.

The Kickstarter goal is a small amount at 12.500€, as the developer said they're funded from the previous game.

After trying out the demo, I'm actually pretty impressed. Seemed to work perfectly and gives off a bit of a Settlers vibe to it too, especially with the border system requiring you to expand it as you progress to build more. Could happily see myself spending hours playing it, has a nice relaxing feel to it.

Find it on Kickstarter. Might have to back this one myself, love what I'm seeing.

Another tip from NuSuey, thanks!

View PC info
This really gives me the Harvest Moon vibe too.. might bring back the harvestmoon64 addiction from my childhood. Excited to try it!
0 Likes

View PC info
Ugh, this sounded so promising until I got to the part about weapons and combat.
0 Likes

STiAT 9 Aug, 2018
View PC info
That's interesting. Looks more like a "how much interest is in this game" via kickstarter, but ok. I'll give the demo a try, and decide then if I back it, but it looks promising to me.

Just considering backing since he already successfully released obviously with profit and has a playable demo. That's important to me after the lots of emty promises we had on kickstarter.
1 Likes, Who?

View PC info
Looks cool so I backed it.
0 Likes

Off-topic, I know (and self-promoting), but my own little game "Sort the Cube" that I recently released on Steam is also developed on Linux (apart from compiling the Windows build, of course).

I wish success to the guys making Kubifaktorium.
0 Likes

Quoting: razing32The borders of the settlement remind me of Settlers 2/3 (or the open source Widelands)

Yeah, and I found out that they're annoying if you run out of stone :P
0 Likes
While you're here, please consider supporting GamingOnLinux on: