Although it already has a SteamOS/Linux icon on Steam, to be clear the Linux version won't be available until July 17th. As confirmed by the developer to us directly on Twitter.

Chicken Assassin is a fast paced action-RPG with an outrageous storyline filled with over-the-top humor that boasts a myriad of colorful enemies and visually stunning levels and environments.

Prepare to give your hand an intense workout as you battle a slew of eclectic adversaries and encounter special bosses in this frenetically action packed game!

You play as Mean Mcallister, the living embodiment of what would happen if you combined Rambo, Foghorn Leghorn, a bottle of hot sauce, and a case of energy drinks together.

Check out the ridiculously in your face trailer: 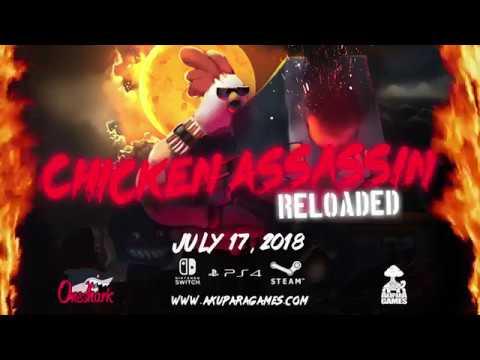 I'm not entirely sure what I just watched…

The update will add in an endless mode, new language support, gamepad support and more.

It can be found on Steam.