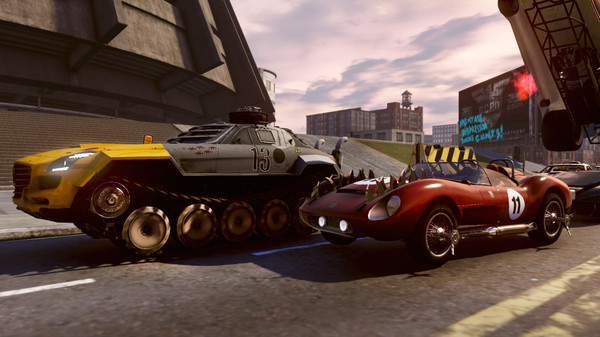 I hope they do polish it up some more, and keep to their promise. I would love to have it on Linux. Thanks for the poke about it Faugn. Article taken from GamingOnLinux.com.
Tags: Action, Racing, Steam
0 Likes
Share

View PC info
I guess the lesson here is that if a developer lists Linux support as a stretch goal, expect the deadline to be stretched as well.
3 Likes, Who?
PublicNuisance 30 Dec, 2015

jordicoma 30 Dec, 2015
View PC info
Simply as this, if they make a linux version and it runs ok (on my computer) I'll buy it. Otherwise not.
I loved carmageddon back then, but I want games not smoke.
1 Likes, Who?

Quoting: ShaoluI guess the lesson here is that if a developer lists Linux support as a stretch goal, expect the deadline to be stretched as well.

Quoting: omer666I hope they won't go larian on this one, as I love Carmageddon and was really excited by this project.

I'm looking forward to playing Carmaggedon on Linux, whenever that happens.
0 Likes
apassinggamer 4 Jan, 2016
Is carmageddon reincarnation no longer a wonky piece of poorly optimised unity-based junk? Does anyone actually want to pay money for this thing, on linux or otherwise?
Wait, unity, so how hard exactly is it for them to spit out a port?
I'm hoping, based on the enthusiasm people still seem to muster for the project, that this old video is unrepresentative at this point, but to me this seems like a sluggish wreck of a game compared to the originals.
https://www.youtube.com/watch?v=xwGBB1a7Gjg

One wonders why they haven't worked on ports of the, actually fairly nice, mobile versions of Carma1, instead.
http://carmageddon.wikia.com/wiki/Carmageddon_(Funsize)
but i suppose the obvious answer is that it would make it far too obvious how awful reincarnation is on the same hardware.
0 Likes
1/2»
While you're here, please consider supporting GamingOnLinux on: