With a most unusual protagonist, the action-platform WarriOrb released recently and it very much looks to be worth a play through. Note: Key provided for us.

WarriOrb invites players to take on the role of a mighty demon trapped in an unlikely host: a weaponized talking ball with agile limbs and a taste for violence. Forced into a strange ball-body by some Wizard attempting to bring their daughter back to life, you get the blame for the failure. Something like that, it's a little short on the explanations as you go in and as a result you're tasked with trying to sort out the mess. 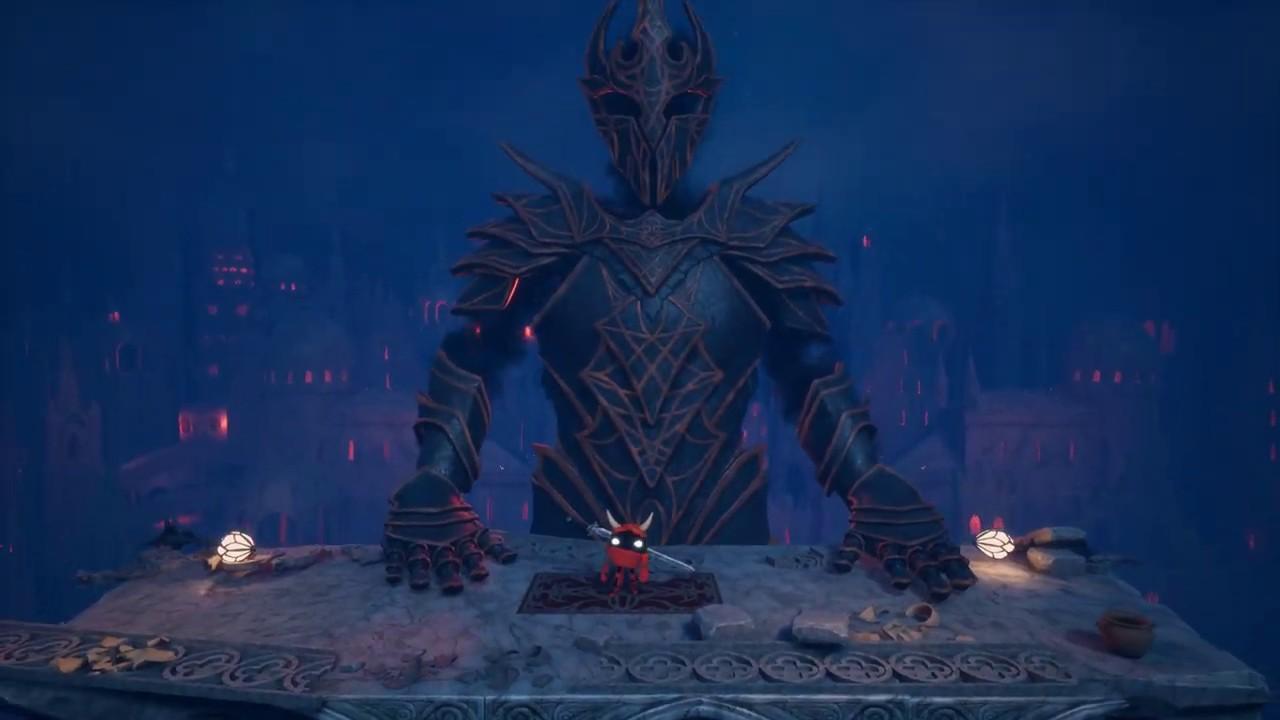 Speaking about the development of their first title at Not Yet, studio co-found Géza Molnár said, "WarriOrb has been quite the ride. We owe everything we know about game development to this ball-shaped demon with an attitude. During production, we felt compelled to produce game content, trash it, then do it all over again – a punishing but also very rewarding development cycle. This is how our six-month ‘mini project’ became a four-year epic!".

They certainly succeeded in creating a most unusual game. A hardcore action-platformer, with an odd setting and an even more bizarre bouncy protagonist that can roll into a ball and speed along. Inspired by various "Soulsborne" games, it's supposed to be on the difficult side. Some of the platforming can be quite challenging but entertaining at the same time because of how bouncy you are.

Visually it's stylish and quite pretty considering the setting. It's not just the graphical fidelity or colouring that's the pull here, it's also the way they did it since it's a platformer with a standard 2D path but it's represented in a 3D view, what they call a spline-scroller. This thankfully helps to set it apart from many other platformers, overall it's thoroughly unique.

WarriOrb is available now on Steam and it's 17% off until May 5.

Article taken from GamingOnLinux.com.
Tags: Action, Indie Game, New Release, Platformer, Steam | Apps: WarriOrb
3 Likes, Who?
We do often include affiliate links to earn us some pennies. We are currently affiliated with GOG and Humble Store. See more here.
About the author - Liam Dawe

I am the owner of GamingOnLinux. After discovering Linux back in the days of Mandrake in 2003, I constantly came back to check on the progress of Linux until Ubuntu appeared on the scene and it helped me to really love it. You can reach me easily by emailing GamingOnLinux directly.
See more from me
Some you may have missed, popular articles from the last month:
3 comments
no_information_here 1 May, 2020

Nice. I enjoyed the demo. Good mix of challenge.

(No clicky link to the Steam page this time?)
0 Likes

Quoting: no_information_hereNice. I enjoyed the demo. Good mix of challenge.

(No clicky link to the Steam page this time?)

View PC info
I've been playing this lately: beautiful graphics with fairly tight controls. Only problem being the difficulty ;-)
0 Likes
While you're here, please consider supporting GamingOnLinux on: