Check out the developer commentary on Observer, the new horror title published by Aspyr Media

Observer [Official Site] is a new cyberpunk horror from Bloober Team and Aspyr Media. The developers put out a video to show off some gameplay along with their commentary and it looks amazing. 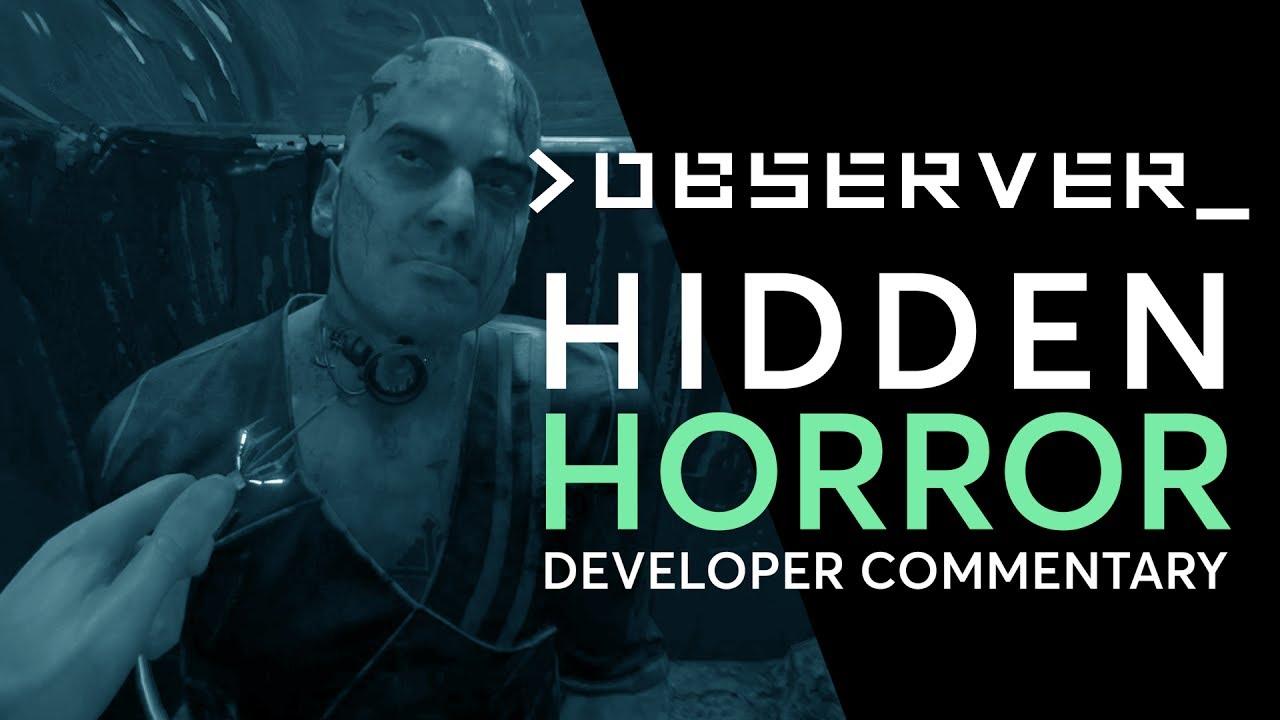 The game is due for release sometime this summer, according to their Steam page.

Quote>observer_ introduces players to a frightening concept: How would it feel if your fears could be weaponized against you? Det. Daniel Lazarski is an “Observer”; part of a corporate-funded, specialized police unit with full legal clearance to tap directly into a target’s mind via neural implant. A cryptic message from your estranged son sets you on a journey to the drug-ridden Class C slums of Krakow, Poland. As you hack into the minds of criminals and victims alike to uncover the truth of the mysterious communique, you are forced into a surreal landscape of the resident’s darkest fears.

They're calling what they do with their games "hidden horror" and I'm not surprised why. I was massively impressed by Layer of Fear, their previous horror title, as they certainly seem like they know what they're doing.

Might have to livestream this one when it releases, who wants to see me do it?

View PC info
I think there was another game a while back where you enter people's minds to help them with trauma.
Also Psychonauts before that.

I do like the cyberpunk/horror spin on the idea.
0 Likes

Quoting: GuestYou had me at "cyberpunk horror". Wow, what a nice concept. I honestly don't like first person games, but this one got me intrigued. Looking forward to it.

I don’t like horror but I like cyberpunk and first person ;). Especially nice is the body awareness in this one. There are too many first person games where your character only has a pair of hands…
1 Likes, Who?

View PC info
I really enjoyed Layers of Fears so this one it's an instabuy for me! =)
1 Likes, Who?

They can't hear you, these constant explosions are too loud!
3 Likes, Who?

View PC info
I'm so totally going to buy this. Looks like quality entertainment. Hopefully it's not too scary, cause I'm really not one for horrors. But I want to support such a project regardless. This is the kind of games we need indies for!
0 Likes

Aspyr is not developer for this game. They are a Steam publisher - Probably will not be involved in the development process.

Also about Vulkan. If game is not writing for support low-level API from scratch (DX12 or Vulkan) then using Vulkan in most cases not get any sensible improvements.


BTW. coming back to game. Worth to look: making of from observer: (non english voice but It is worth seeing the same video for several scenes) View video on youtube.com

Quoting: DamonLinuxPLAlso about Vulkan. If game is not writing for support low-level API from scratch (DX12 or Vulkan) then using Vulkan in most cases not get any sensible improvements.

Croteam disagrees. It's not all black and white.
0 Likes
While you're here, please consider supporting GamingOnLinux on: