Chivalry: Medieval Warfare on Linux with the Steam Controller (video and thoughts)

By Liam Dawe - 18 April 2016 at 9:49 pm UTC | Views: 8,863
A user requested after the second part to my overall thoughts on the Steam Controller that I check out Chivalry: Medieval Warfare, so I did. I captured it on video, and you can now watch my failure. 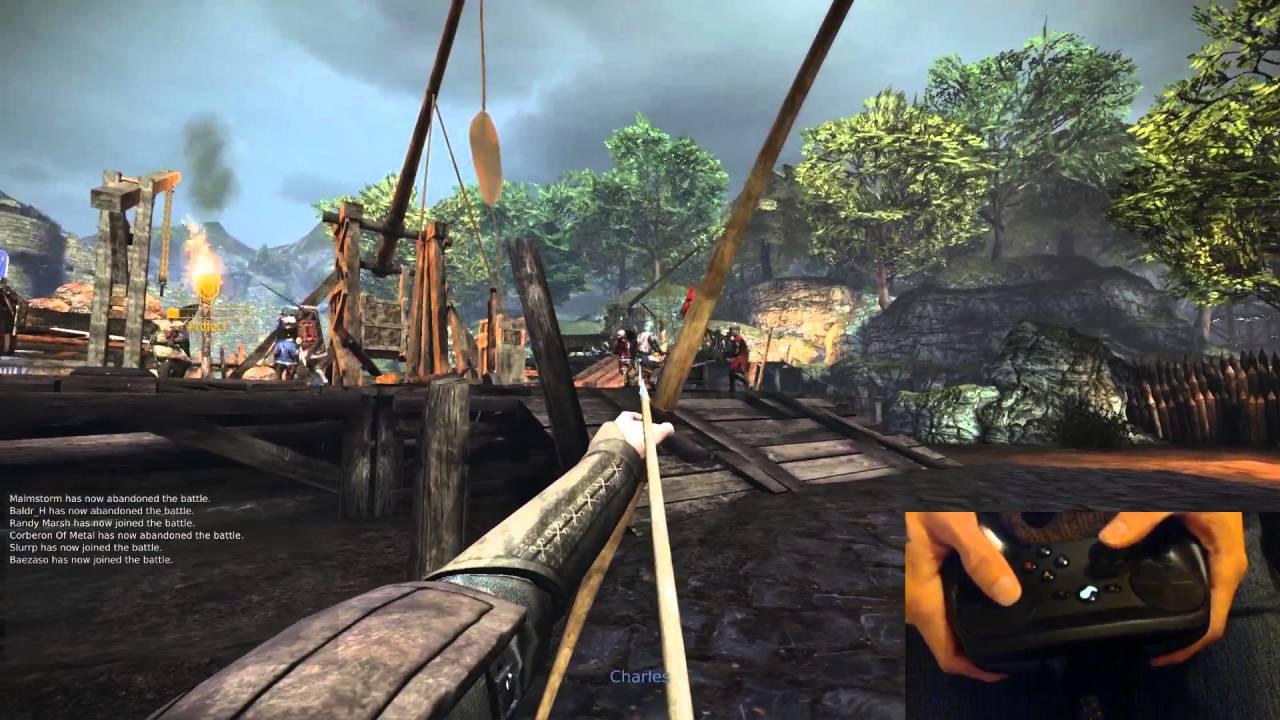 YouTube videos require cookies, you must accept their cookies to view. View cookie preferences.
Accept Cookies & Show   Direct Link
For this video I've switched from OpenShot as it's terribly unstable to Kdenlive. I haven't quite got it all figured out just yet. Quite like it though, lots of options and not too confusing.

I recorded it using OBS Studio, and I haven't quite got the recording side worked out to give a crystal clear video like SimpleScreenRecorder does, so apologies if the video goes a bit blurry at times.

What's great is that the game already has gamepad support, and was setup in a way that actually felt quite right. I only made minor adjustments to the sensitivity as the defaults are great.

I'm not all that great at the game anyway, but it was surprisingly enjoyable. Quite hard to play, especially considering how fast you need to be when the enemy starts running in a circle around you. I imagine if you play enough of it to really get a feel for how fast you need to flick the camera around, you could easily do well with the Steam Controller.

This was my fifth attempt at Chivalry: Medieval Warfare with the Steam Controller today alone, as the first few videos where either terribly quality or sluggish when played back (4K screen + recording = failure, so I resorted to my 1080p screen). I was able to learn a few good tricks, like attacking and then swiping on the right thumb-pad to properly direct my aim. You can see me get 3-4 pretty good kills, and honestly this is better than I usually do with the mouse!

I actually ended up using the gyroscope as you can see in the video for lining up arrows from my bow, and it actually felt pretty good. I actually landed a few quality shots in a previous session using the gyroscope too, so this effort has made me really appreciate it. This is probably the first time I've really thought hey it makes it easier!

There was a time during the video when the netcode had a bit of a blip, as my ping and others ping seemed fine, but they somehow teleported behind me, heh.

Very much enjoying it, might even play this game more often now.

View PC info
I just got a strange urge to challenge someone for a duel. Maybe also conquer England while I am at it.
1 Likes, Who?
harfield 18 Apr, 2016
What a clunky game...
0 Likes

View PC info
I still stick with SSR for recording. I haven't been able to get as good a video with OBS either.
0 Likes

N30N 19 Apr, 2016
View PC info
Looks like you're still (IMO) holding it wrong. Also your gyro aim is terrible maybe look about at some of the recommended settings used for FPS games.

Quoting: liamdaweI recorded it using OBS Studio, and I haven't quite got the recording side worked out to give a crystal clear video

For the best performance and quality you want to be using NVENC with a bitrate a few times higher then your desired final edit/encode.
0 Likes

Liam Dawe 19 Apr, 2016
View PC info
Having my middle buttons on the triggers feels utterly alien to me, and I don't like it, so I won't do it :P

I know my gyro aim was terrible, this wasn't a video to show off some kind of skill.
0 Likes

Shutup-Fool 19 Apr, 2016
View PC info
Try playing the Black Knight mod in Chivalry. It is the funniest mod in the game.
0 Likes

Interested in getting one of these since they first announced them but have been waiting to see how they pan out. Also they're not released in my country yet either :P so if I wanted one before official New Zealand release I would have to buy overseas.

Very fun game too btw for anyone watching, well worth it. Its an absolute blast with a few mates and hilarious to watch.