Cities: Skylines - Concerts DLC released along with a big patch 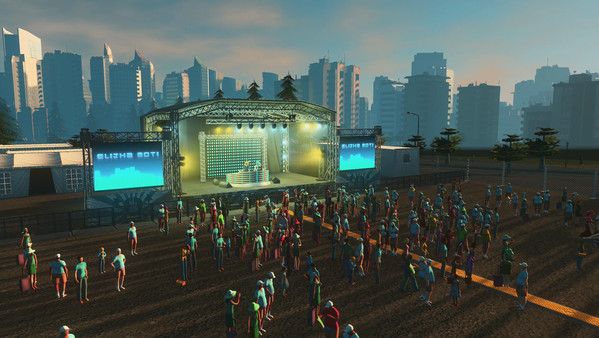 Cities: Skylines' latest DLC 'Concerts' [Steam] is now available and there's also a big patch for the rest of the game.

The new DLC adds in:

On top of that, there's a patch for the main game as well as the other previous expansions. It's mainly a big bugfix patch, with a lot fixed to make the overall game better, but it also gave the Content Manager an overhaul.

The Content Manager is used for sorting through your Maps, Mods, Scenarios and more. They've added a bunch of sorting options for it, so for those with lots downloaded from the Steam Workshop it's a much nicer experience now.

Mountain Man 17 Aug, 2017
View PC info
Any performance improvements, or are we stuck with the same shitty performance we've had since release?
0 Likes

View PC info
I have no comparison, but are we worse off than the Windows version, or is it just engine limitations?

Mostly, the game seems to run ok-ish for me. I get some stutter when I load my really larger towns, but that's to be expected (I use the unlock all tiles mod, and tend to build on pretty much all of them, lol).
0 Likes

Ketil 17 Aug, 2017
View PC info
It is a quite good game, but I played it too much already(153 hours on steam) so I get bored too quickly every time I start playing.
0 Likes

Nor Mantis 17 Aug, 2017
View PC info
Love this game, picked up the Concert DLC. Played 710 hours so far and going to start a new city tonight!

I get bad performance when using mods and assets from the workshop. The more mods and assets the worse it gets. In my vanilla games it runs well. I create my own assets and avoid the workshop. When I start getting huge cities the game will dip down to 30 fps when the camera is focused in on a busy section. I think there is a memory leak or something. FPS can get really bad after a long play session. I reboot the game and it clears up. I just play vanilla games now with my own assets and find the performance is good.

As for the DLC, Colossal Order could release crap in a bag with Cities Skylines written on it with crayon and I would happily buy it.
0 Likes
While you're here, please consider supporting GamingOnLinux on: