Cities: Skylines - Green Cities [Steam] is the latest expansion to the city-builder and possibly one of the biggest yet.

I think it's awesome that they continue to support the game, not just with expansions but with updates and content for everyone. It's a great game too and continues to get better with each release. I'm honestly not surprised it's popular as it is, with it still going strong with over 11K people online right now playing it. With thanks to the healthy modding community and the thousands of things they've put onto the Steam Workshop, it seems like Cities: Skylines will have a long healthy life.

Here's the release trailer for the new expansion: 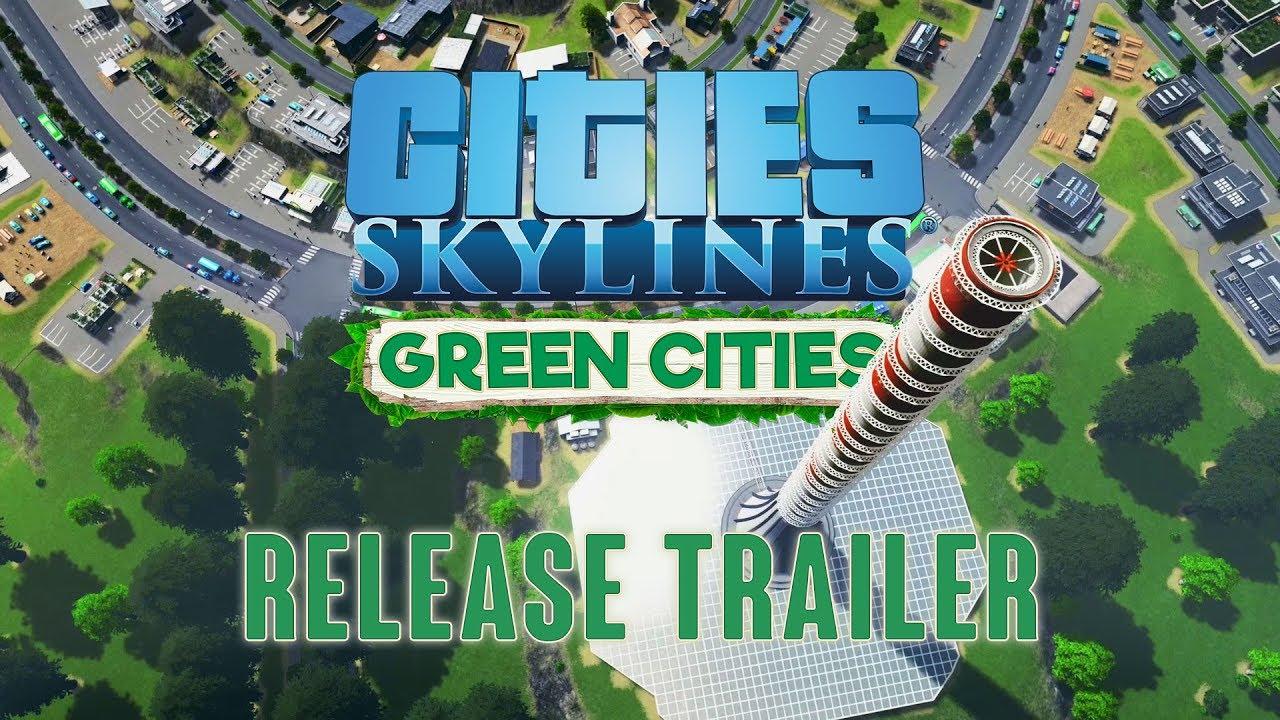 The expansion adds 350 new "assets" to the core game, adding a bunch of new visual options (I've no idea what, I didn't see any notable extras), along with eco-friendly buildings, organic shops, electric vehicles, and new services designed to give pollution the boot.

As for what I personally think about it, I have mixed feelings on it. I love the idea, but it is a little difficult to get excited about DLC considering the vast amount of free content available on the Steam Workshop. On top of that, this DLC doesn't actually add in anything truly meaningful. Some of the new buildings are just simple adjustments to existing buildings too, although the Eco Water Outlet is quite useful.

Still, for those that like to support the continued development it's a good way to do it with new official content, especially since it allows the developers to continue to update the game with free patches too.

See the full patch notes here, which covered most of it. It includes a breakdown of what's free and what's in the DLC.

You can grab Cities: Skylines on Steam and it's currently on sale for 75% off. The Green Cities expansion is currently at full price.

Article taken from GamingOnLinux.com.
Tags: City Builder, DLC, Simulation, Steam
3 Likes, Who?
We do often include affiliate links to earn us some pennies. We are currently affiliated with GOG and Humble Store. See more here.
About the author - Liam Dawe

The sale has ended.
0 Likes

View PC info
I'd prefer new gameplay mechanics over assets that could for the most part also have been added by mods, but I am going to get the DLC anyway. This game is the best city builder ever made and I love it how they keep adding to it.
1 Likes, Who?

dmantione 26 Oct, 2017
View PC info
I got it and its definately the worst "big" expansion of all. Being able to do clean industry feels like a quick and dirty solution, almost a cheat, so you no longer deal with pollution problems. If dealing with polution was too hard we would need a gameplay solution, not just some building that you build or specialization that you select and problem gone.

I bought it, but it worsens the gameplay, so I may uninstall it once I am done with the scenario's that it adds.
0 Likes

gojul 29 Oct, 2017
View PC info
Bought it. The interesting additions are the silicon valley area for offices, and some new building like the new solar power plant. But well, it's definitely not the best add-on, natural disasters for example was far better. (But I've never been fond of Mass Transit).
0 Likes
While you're here, please consider supporting GamingOnLinux on: