Citra, the work in progress Nintendo 3DS emulator now has a much improved OpenGL renderer

For those who love emulation, you might want to know about Citra [Official Site], a work in progress Nintendo 3DS emulator that we've never written about here before. It seems they've been hard at work too!

Unlike the Dolphin emulator for the GameCube and the Wii, Citra is not currently moving towards Vulkan. Instead, they've poured a lot of work into their current OpenGL renderer to improve performance and fix rendering issues and from what they've shown, it's getting quite impressive.

They've said that the new update is giving approximately 2x speed performance boost tested across various hardware configurations. Now, Citra will do the entire GPU emulation on the host GPU instead of the CPU.

On top of that, they've also rewritten texture forwarding support (to avoid a costly synchronization of textures between emulated 3DS memory and the host GPU memory) which not only increases the performance of many games, it also fixes some issue when upscaling the rendering to improve the actual look of the game like this example: 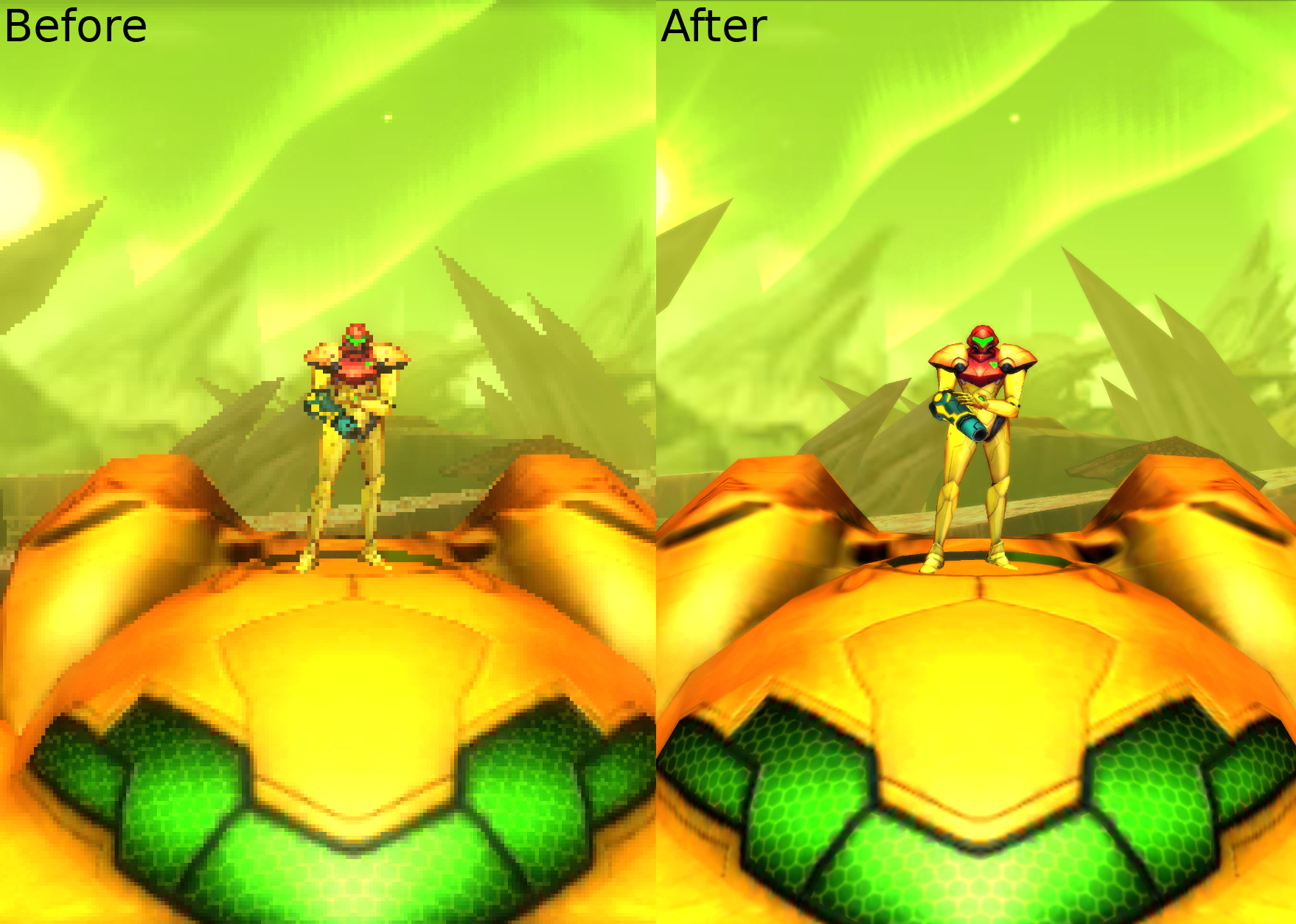 Then they showed off a few charts to show the improvement, like this one which shows just how much performance has improved. 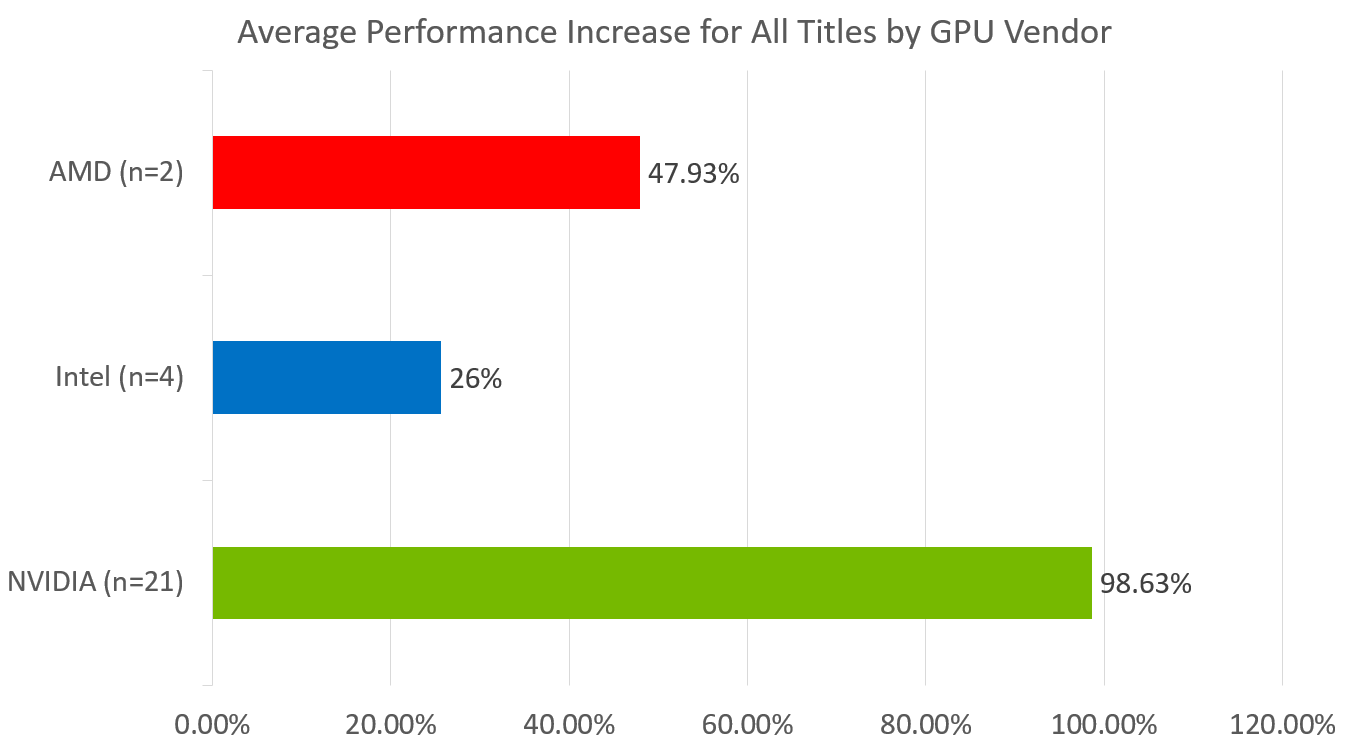 Those are some huge gains and it sounds like it was quite a lot of effort, especially with OpenGL drivers varying across Linux, Mac and Windows in terms of performance and OS-specific issues. They've also been dealing with cases where the OpenGL documentation isn't great with ambiguous wording. That's a complaint I've heard a few times, which is why there's been such a big focus on good documentation for Vulkan.

You can read about the update on the official blog post here.

I'm now following their RSS feed, so I will hopefully be able to keep you up to date on their progress as it comes in.

Thanks for the tip, MaCroX95!

Article taken from GamingOnLinux.com.
Tags: Emulation, Open Source
12 Likes, Who?
We do often include affiliate links to earn us some pennies. We are currently affiliated with GOG, Humble Store and Paradox Interactive. See more here.
About the author - Liam Dawe

I am the owner of GamingOnLinux. After discovering Linux back in the days of Mandrake in 2003, I constantly came back to check on the progress of Linux until Ubuntu appeared on the scene and it helped me to really love it. You can reach me easily by emailing GamingOnLinux directly.
See more from me
Some you may have missed, popular articles from the last month:
The comments on this article are closed.
16 comments
Page: 1/2»
Swiftpaw 14 Mar, 2018

Ubuntu users will have the same problem I think, unless they're running the latest beta of 18.04. You'll have to build from source unless you find someone else who already did.
0 Likes

Experienced the same thing. Also tried to build it but it seems it requires GCC 7. Current in stable is 6.3.
Compiling got to about 30-40% and then threw some errors about invalid conversions from const void* to void*. Likely caused by the older GCC not supporting whatever feature it was trying to use.
0 Likes

frakswe 15 Mar, 2018
View PC info
thought i had it going for awhile but had to throw in the towel in the end.

edit: should add that i replaced the fmt library in the "externals" directory with the one on the fmt library homepage, most likely that has something to do why "handle" isn't declared.seems they have altered fmt lib with their own functions,which doesn't work with my system.


Last edited by frakswe on 15 March 2018 at 10:31 pm UTC
0 Likes
Scorpiove 16 Mar, 2018
I had the same problem here on Arch, so I just downloaded the libc2.7 source and built it on my machine (make sure to not do the "make install" part). I then took the libm.so library that was built and placed it in the ~/.citra/canary/ folder, and from there I then ran the emulator with "LD_PRELOAD=~/.citra/canary/libm.so ./citra-qt". Everything worked fine afterwards. Also the new build is awesome!
0 Likes
x_wing 19 Mar, 2018

Quoting: frakswethought i had it going for awhile but had to throw in the towel in the end.

edit: should add that i replaced the fmt library in the "externals" directory with the one on the fmt library homepage, most likely that has something to do why "handle" isn't declared.seems they have altered fmt lib with their own functions,which doesn't work with my system.

By the error you get, seems like they're using C++17 and your compiler doesn't support it yet (if you're using gcc, check the man).

I believe that the problematic code is just a syntax sugar for: u32 handle = PopHLEHandles<1>()[0];

Try replacing that line and hope for the best :P
1 Likes, Who?

frakswe 20 Mar, 2018
View PC info
your solution worked, but there's more errors later regarding fmt functions that isn't there. suspected as much,replacing fmt lib wasn't a good idea but i had to give it a shot.
0 Likes
1/2»
While you're here, please consider supporting GamingOnLinux on: