Civilization VI: Rise and Fall Expansion announced and it's massive, to release next year

2K and Firaxis Games have revealed a new expansion for Civilization VI [Steam] named 'Rise and Fall' which is due out early next year.

While the Windows release is due for February 8th, the Linux version will likely be a few weeks later as is usually the case. Hopefully not too long though, I'm sure Aspyr Media will be on the job as soon as possible. 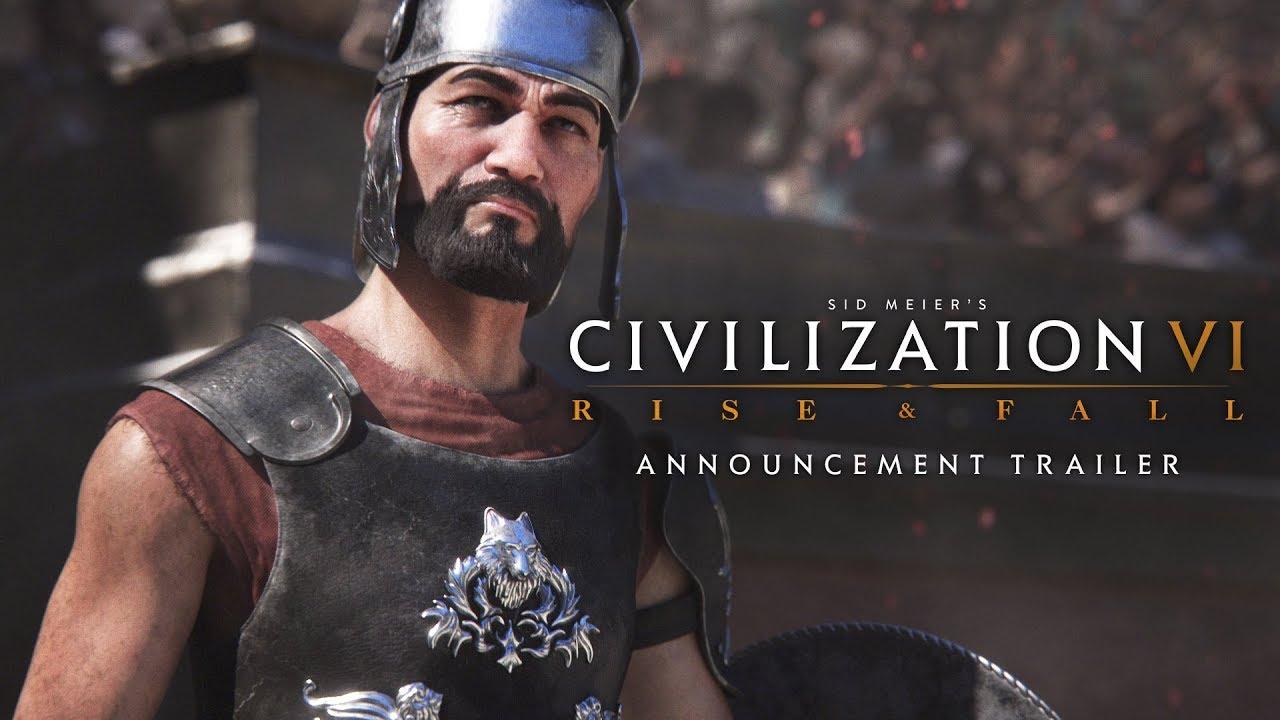 There's quite a lot this expansion seems to change with new events, changes to existing features and new emergency situations. On top of that they've announce it will bring in nine new leaders and eight new civilizations, which will be revealed over the coming weeks.

It will introduce Dark and Golden ages for civilizations! They will be significant in what they do for and against you, but they are temporary. A Golden Age gives huge bonuses to Loyalty and other game systems, but makes earning future Golden Ages a little more difficult. A Dark Age hurts Loyalty in your cities and makes you vulnerable, but gives you an opportunity to earn a future Golden Age more easily. A Dark Age can prove rather annoying, especially if some of your cities decide to declare their independence.

The emergency situations sound rather interesting, as they can be triggered by events like the launch of a nuclear weapon. Giving other players a chance to join together against that player, or pass up on it—your call. They say joining can give permanent benefits too, but only if they players who join together are able to complete an Emergency-specific objective. It sounds like an interesting balancing act against players who pull too far ahead of others, but it could end up being a little annoying if it's not done right.

You can read more about it on their official blog post where there's a lot of info to take in, I'm only diving into the basics there. They say that they have more to share in future, so it will be interesting to see what else they have up their sleeves.

View PC info
This game also uses Dx12 on Windows and i remember from your release stream , this game is so heavy on cpu. A Vulkan renderer update would be good.

Quoting: LeopardThis game also uses Dx12 on Windows and i remember from your release stream , this game is so heavy on cpu. A Vulkan renderer update would be good.

Definitely agree. Aspyr has to step it up, there's a quite noticeable gap in both quality and quantity between Feral and Aspyr, and it just seems to get bigger and bigger. They haven't even released a Vulkan title (or even some experimental build, like Mad Max) yet, Feral is miles ahead.
4 Likes, Who?

View PC info
Is there any mechanical advantage to Civ 6 vs 5?

Age of Empires 2 vs 3 are miles apart and 2 dominates 3 in executing play style mechanics flawlessly.

Sometimes a fork should not be a spork and a spoon should just be a soon.
0 Likes
MineElectricity 29 Nov, 2017
View PC info
WOW That trailer was amazing ._.
0 Likes

j_c_p 30 Nov, 2017
View PC info
While the Windows release is due for February 8th, the Linux version will likely be a few weeks later as is usually the case.
Well, I'm not very happy about that : it's not possible to sync all the versions for February? It's not tomorrow, but in more than two months!
Anyways I will buy this extension as Aspyr does a fine job.
0 Likes

Quoting: ElectricPrismIs there any mechanical advantage to Civ 6 vs 5?

Age of Empires 2 vs 3 are miles apart and 2 dominates 3 in executing play style mechanics flawlessly.

Sometimes a fork should not be a spork and a spoon should just be a soon.

As I like to describe is, Civ 5 is polished but sterile, while Civ 6 is rough but vibrant. While Civ 5 benefits from patches and expansions, I find the overall Civ 6 experience to be better. The systems are more interesting, and the decisions you make turn to turn are more engaging. Plus I love the quality-of-life improvements like limited-use workers which reduces unit clutter, and the art style is actually pretty nice once you start interacting with it, and I say that as someone who hated the early screenshots!

Yes, the AI needs some work (or so I hear), but even in its current state, I think Civ 6 is a complete and really fun game. The biggest problem with the Linux version is terrible performance. I hover around 20FPS on a busy map, which is fine for a turn-based game, and it remains generally responsive, but my system is just below the recommended specs, so I expect better performance. This is all on Aspyr who is aware of the problem, so we'll see if they do anything about it.
0 Likes

Quoting: MineElectricityWOW That trailer was amazing ._.

Yeah, the movies for Civ 6 have been great.
0 Likes
While you're here, please consider supporting GamingOnLinux on: