Classic adventure game 'Eric the Unready' is now on GOG

Thanks to the power of DOSBox, GOG have revived another classic game! Eric the Unready is an adventure game from 1993. Eric the Unready was received positively by critics back when it originally released. 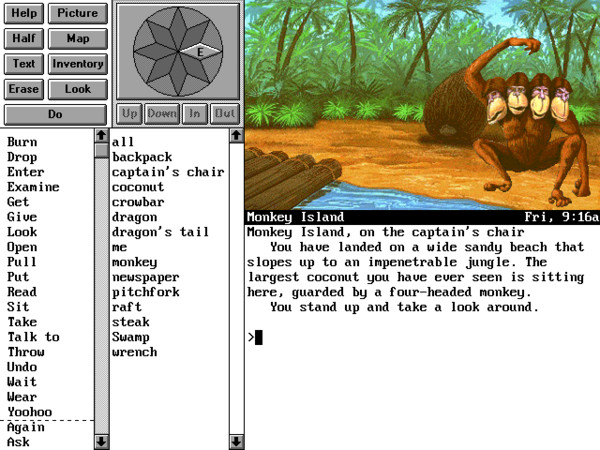 Eric the Unready established his reputation by impaling his instructor during jousting class. Then, when Princess Lorealle the Worthy is kidnapped, Eric begins a madcap quest through his hilarious fantasy world packed with dragons and dwarves, wizards, unicorns and the most fearsome beasts of all, the dreaded Attack Turtles.

From the mysterious caverns of the Not So Great Underground Empire to the perilous waters of Swamp Trek, Eric cuts a swath of destruction as he unravels the secret of the wicked Queen Morgana and her Lover Sir Pectoral.

Like other classic revivals by GOG, it comes bundled with DOSBox, so it shouldn't require any tinkering to get running on modern systems. GOG sent over a copy and I had no issues getting it to run, really great to see more classic titles be so easy to get on Linux.

Interested in reliving this classic? Grab it on GOG (affiliate link) now.

qptain Nemo 12 Apr, 2018
View PC info
Eric the Unready is one of the funniest games I have ever played. Highly recommended.
3 Likes, Who?

View PC info
Ahh. This is a proper classic.
0 Likes
While you're here, please consider supporting GamingOnLinux on: